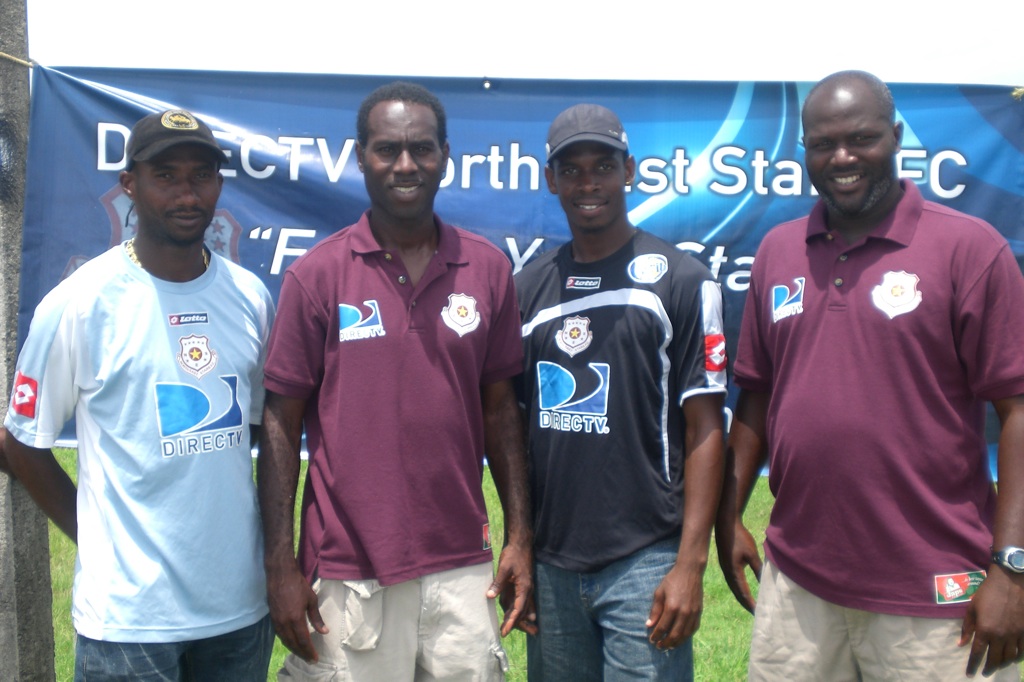 DIRECTV North East Stars have announced the signing of Anthony Wolfe and Kerwyn Navarro. Both players will be no strangers to North East fans, having both had spells at the Sangre Grande based club in the past.  26 year old Wolfe will be joining his younger brother, Glenton as well as his World Cup team mate Brent Sancho at the club.

Local boy Wolfe, is from Manzanilla and recently contested the local corporation elections. "I feel that I should represent my community both on and off the field" said Wolfe, who has represented Trinidad & Tobago 23 times. " As footballers, we must understand that we have a duty to promote the correct messages to young people and we can use our status to set standards. One of the reasons I wanted to come back to North East was because I saw that they are really making an effort to interact with the community, not just in the region, but nationally"

Club C.E.O., Brent Sancho said " Its great to have Wolfey back at North East Stars. We played together at Atlanta Silverbacks, as well as with North East back in 2008. He's a great player to have around. His experience of playing in USA as well as in the World Cup has given him a greater maturity."

North East Stars President, Daryll Mahabir was delighted by the signing "Anthony is definately one of the North East Stars family and its fantastic news that he's returned to his home club. This will be his 7th  season with the club and I know he only left because we withdrew from the league last season. If we built a North East Stars Wall of Fame, Anthony Wolfe would be the first name on it."

26 year old Navarro signed from W.Connection and, like Wolfe, is a former North East favourite. "Its great to be back at North East Stars" said left sided midfielder Navarro "Its like coming home!! I've been noticing the way that North East have progressed this year. When you consider that 6 months ago they didn't have a team, and now they are Lucozade Goal Shield champions." Navarro said that  he has been impressed with the management team at the club "You have to respect the hard work and ambition of Brent Sancho and Director of Football Kevin Jefferey and of course, the belief of  club president Daryll Mahabir to rebuild this club. I've known Daryll for a long time and I know that North East Stars aren't just about football. He genuinely believes that the team should be part of the community and they have shown that they can make the headlines off the pitch as well as on it. As a player, you always want to be associated with a club thats progressing and I can see North East Stars becoming the biggest club in T&T"

But C.E.O. Sancho wasn't all smiles as he welcomed his new recruits. "I'm becoming increasingly frustrated by the lack of North East players in the national team" said Sancho "I'm delighted that Anthony Wolfe has been selected by Russell for the National team, but there are several eligible players at North East who have been consistent all season."

With the Pro League due to restart in October, North East are determined to play their 9 remaining home matches at Ojoe Road "With average attendances of 2,000 spectators, its essential that we play our matches in Sangre Grande" said club President Daryll Mahabir  "The race is on to prepare the pitch and we are reliant on the local corporation to ensure that this important community asset is not taken away from the region. Matchdays will be for the whole family, with childrens activities, beer tents and post match entertainment." Mahabir said that the home matches will bring fun party events to an area often neglected. "We don't get concerts or corporate promotions in Grande, so we feel it is our responsibility to bring exciting events to the North East."

Ahead of North Easts' First Citizens Cup match against South End, acting Head Coach, Shurland David commented "teams will now be setting their sights on beating us. We're no longer a surprise package and our opponents will be aware that we are capable of winning trophies."
Anthony Wolfe Keryn Navarro