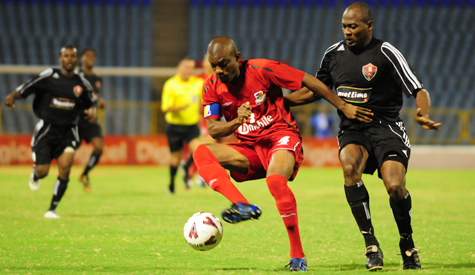 The 29-year-old Baptiste, whose previous contract with Joe Public expired earlier this month, has been offered a very good package from the club management but decided not to take up the offer as he seeks a new challenge.

Last year, Baptiste who led Joe Public to a historic five titles with 50 goals went on trials at English Championship Division club, Ipswich Town and also was the target of a few US Major League Soccer clubs.

But none of the moves materialised for Baptiste who enjoyed four successful seasons with Joe Public after joining from bitter rival, San Juan Jabloteh.

During his stint at Joe Public, Baptiste won no fewer than seven trophies. In 2007 he was part of Joe Public’s T&T Football Federation FA Trophy and Toyota Classic winning teams while during the 2009 campaign Baptiste led his club to the Pro League, FA Trophy, Toyota Classic, Digicel Pro Bowl and “Big Six” crowns.

Speaking about his decision, Baptiste said it has in no way affected his relationship with the current club players and management of the club. “They all respected my decision as the former club captain and have wished me the best of luck in the future.”

Reflecting on his four years with the Eastern Lions, Baptiste said, “I enjoyed my time with the club. We won a number of trophies together and grew a lot as a team but unfortunately there is a time when one has to move on.

“I also won some individual awards which I have to thank my former team-mates for because we did everything as a team and without their support on and off the field I don’t think it would have been possible.”

With respect to his former club Baptiste said, “I wish them the best of luck for the rest of the season while at the same time I will continue to work hard to attain my goals.”