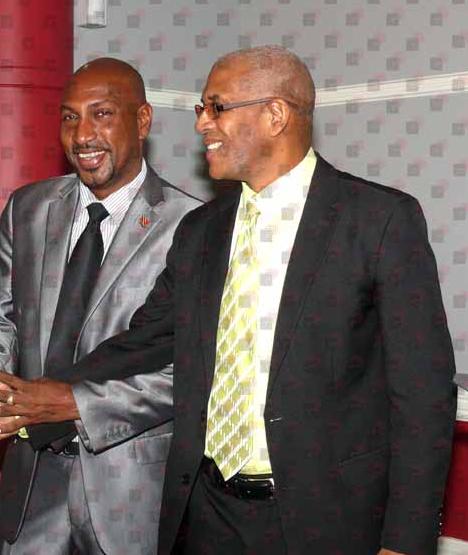 Trinidad and Tobago national Under-15 footballers were unable to get a flight out of the country on Wednesday and did not play their opening match of the inaugural Concacaf Under-15 Championship now taking place in the Cayman Islands.

Trinidad and Tobago Football Federation (TTFA) general secretary Sheldon Phillips confirmed that the team did not leave the country as anticipated, following the very late release of funds by the Ministry of Sport.

The T&T team had originally planned to leave on Tuesday, but late release of Government sponsorship saw them without tickets and funds. After money was released on Tuesday, the adjusted plan was to have the team fly to the Cayman Islands via a special COPA Airlines flight and play their first match later that night. Those plans also fell through.

"The budget for the U-15 team was submitted to the Ministry weeks ago and it was only on Monday that the permission was given to the travel agency to book the tickets."

"The TTFA is definitely not at fault for the turn of events and SWO heard from a realible source that they've been working on different ways to get the team out."

"But had the Ministry made the reservations weeks ago, this would not have happened. Very difficult situation that can only improve once the TTFA stop depending on the Ministry of Sports, ended the souce."

Now the Trinidad and Tobago National Under 15 team were forced to withdraw it's participation and will no longer take part in the inaugural Concacaf Under-15 Championship.

A letter to the parents from the TTFA: RE: Trinidad and Tobago Football Association.

I would like to take this opportunity to share my heartfelt disappointment and regret at the circumstances that have led to our decision to withdraw the team from the U15 CONCACAF Championship Tournament.

As a former player, my efforts to try to find a solution were fueled by the thought of how I would have felt as a fourteen year old had I experienced these turn of events.

From the moment the travel agency alerted our office to the difficulties facing our planned departure to the Cayman Islands, the TTFA worked diligently to develop alternate travel plans to avoid this current situation.

For the record, the requisite budget and request for travel was submitted several weeks ago to the Ministry of Sports and Youth Affairs. However, it was only since Monday August 12 that authorization was granted to the travel agency to secure tickets for the team.

As our new leadership continues to navigate through the challenges of reforming the TTFA, please know that TTFA President Tim Kee, the Executive Committee, TTFA Staff, and I will do everything we can to support the U15 program as it will be the team to compete for a place in the 2015 U17 FIFA World Cup.

We will commence plans to reassemble the group after the SSFL season and put in place a robust training and competition program.

Finally, please know that the TTFA will make every effort to develop funding streams that will provide our teams the necessary resources and support to properly compete and ensure episodes like this will never happen. Thank you for your patience and continued support.