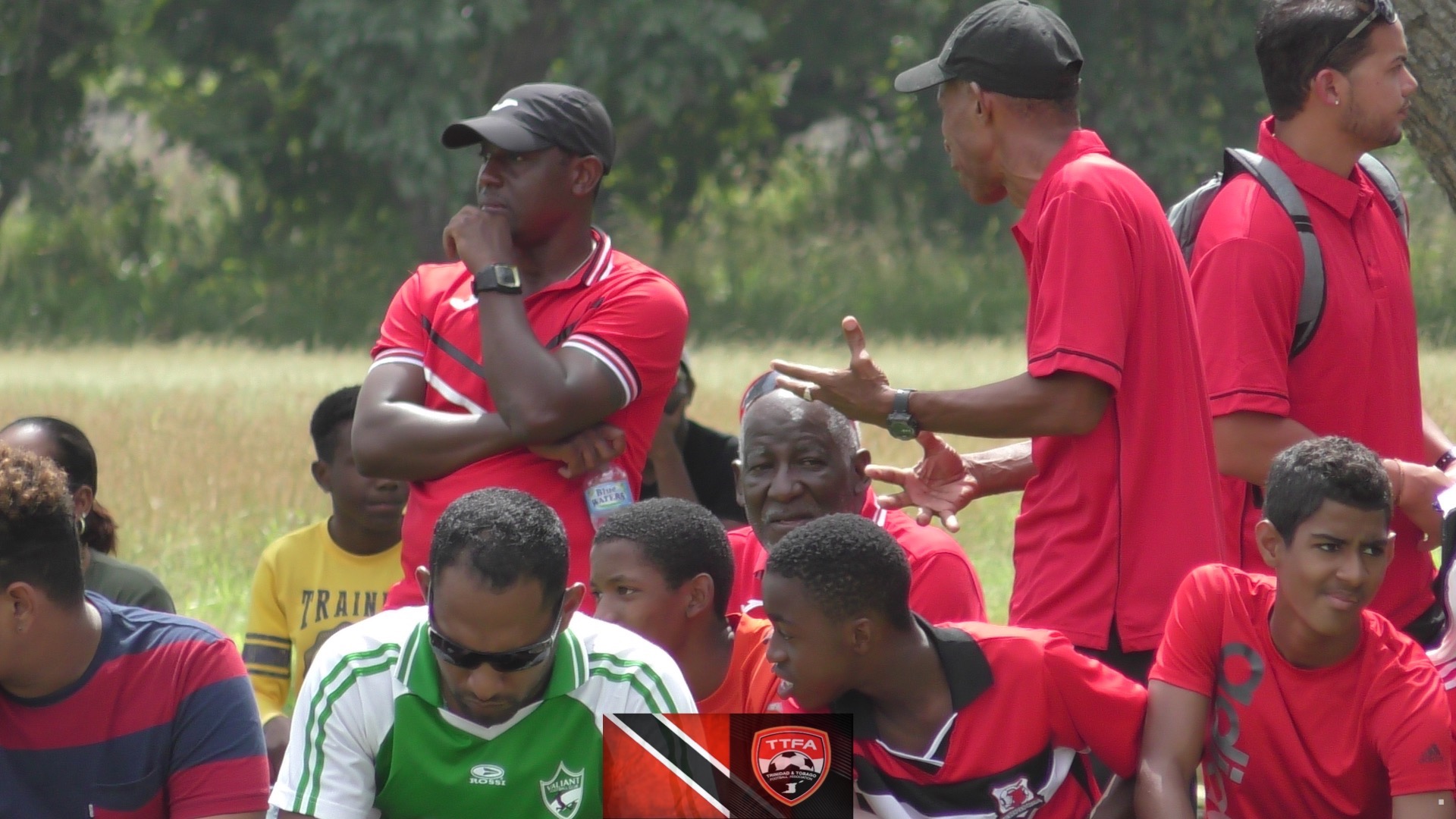 The Trinidad and Tobago Football Association concluded a two-day Inter-Regional Association Nationwide screening for Under 15 boys at the Carapichaima East Secondary Grounds on Sunday and have selected a pool of fifty players to begin training under National Under 15 head coach Russell Latapy.

One hundred and eighty players from the six regional associations (Northern, Southern, Eastern, Eastern Counties, Central and Tobago) assembled at the venue from 9am on Saturday after being initially screened by coaches in their respective zones.

Latapy and his staff observe and assess the players during a series of matches played among the zones before finalising a list to commence training in the coming weeks. TTFA  President David John-Williams and Technical Director Muhammad Isa were also hand to observe proceedings.

And the response was largely positive from the zones as the coaches voiced their support and satisfaction with the two-day programme.

National Under 15 head coach Russell Latapy shared his feelings on the two-day tryout.

“I’ve been very satisfied. I think when we started the screening, we set out some goals and we were able to achieve these goals. I must say congrats and thank you to all the zonal coaches and players. We had a wonderful weekend with a lot of cooperation and we were able to come out with some fantastic young players to start our national under 15 youth team programme,” Latapy told TTFA Media

“We wanted to have the opportunity to see what these players are capable of and in principle, we were able to do that. We saw a lot of exciting young players, technically gifted and physically strong young players and it says to us that with the right balance we can build a very strong team.

“We had about 180 young players on trials. We were able to start a player pool with 50 players and we know it is a lot of players to train with but we wanted that opportunity to continue to see these players over a period of time. We definitely will have to break it down again when it comes to preparing for tournaments which we will do. But our main focus was achieved and that was getting a player pool of city players and I must say I’m impressed and excited to start working with them because we’ve got some wonderful talent,” he added.

“The main idea is not waiting on right before a tournament to start preparations. What will occur dos is we will start weekly training sessions with these kids and the closer we get to competition, we will intensify the preparations. What we do with the Under 17s is we train weekly and we are planning to do the same with the 15s,” said the former Porto player who conducted a one-hour training session with the fifty players selected to close off proceedings on Sunday evening.

Coaches Reacts to U-15 Screening

“This exercise was long overdue. We were supposed to be doing things like this years ago. It was a bit challenging for the players in terms of the conditions and the heat but all in all, they enjoyed themselves and it was worthy exercise” – Kendall Crawford, U-15 coach, Southern FA

“I think this is the best think that ever happened to Trinidad and Tobago football. It is years I have been looking for this kind of progress and not waiting until two months before a tournament to prepare a team. I never coached youth football but when I heard what is what about, I decided to get involved. I liked the ideas and I got involved immediately.” – Anthony Streete, Coach, Northern FA.

“It was very encouraging. The TTFA needs to do this a little more. The players were very excited. Most of them who felt they were good enough to make it and they came out and saw better players than them, had to think twice about their performances and their programme. To them, national duty is one of the most important things for a young footballer in Trinidad and Tobago. Eastern Counties is one of the biggest districts in Trinidad and Tobago so we need more of these elite programmes.” – Philbert Charles, U-15 Coach, Eastern Counties FA

“First of all I want to say thank you to the TTFA for this and having Tobago involved. For a long time we haven’t felt like we had this opportunity. We want to make sure Tobago is always involved . It has been hard to combine with Trinidad in the past. It shows the players from Tobago that there is an opportunity and they can become more serious about the game and reach somewhere,” – Earl Gray, U-15 Coach, Tobago FA.

The list of players selected will be announced to the media later this week.