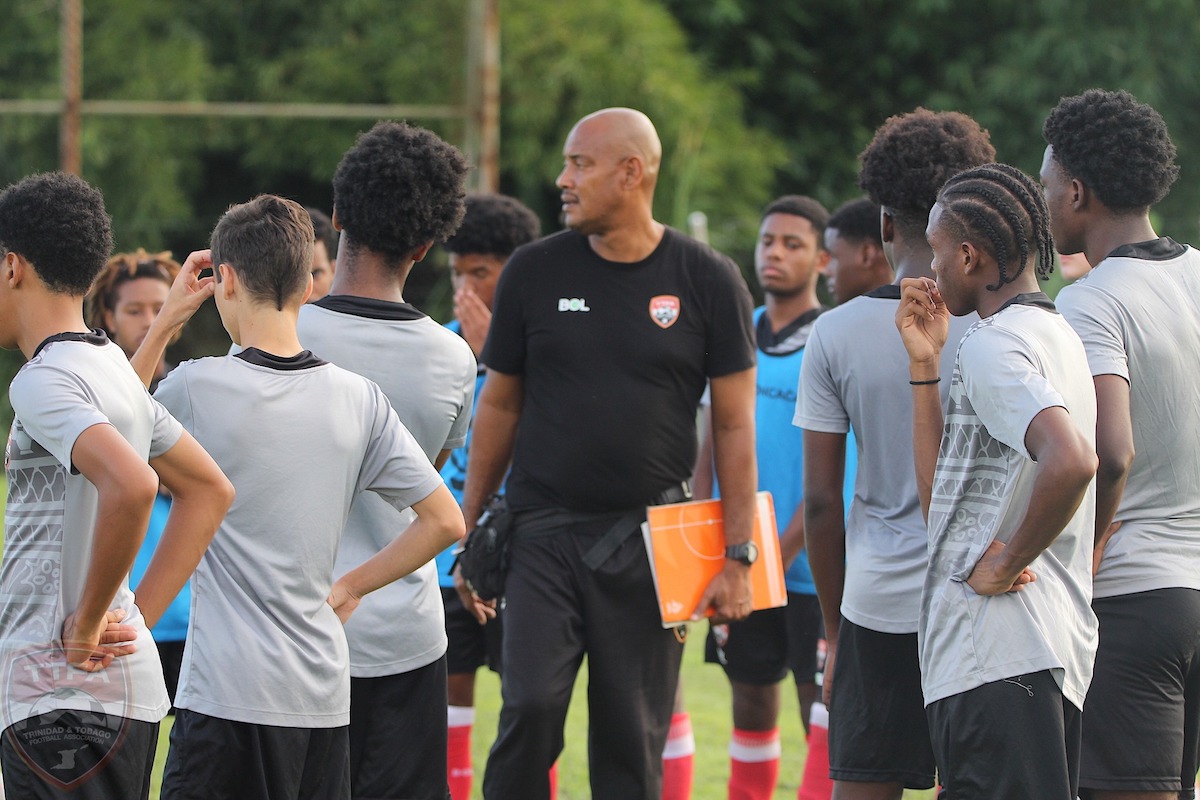 Trinidad and Tobago’s Under 17 Provisional Training squad is currently engaged in a residential training camp at the Home of Football in Couva as preparation continues toward the CONCACAF U-17 Men’s Championship in Guatemala.

Head Coach Shawn Cooper has been running double sessions daily during the ongoing camp which ends tomorrow (Christmas Eve). Another camp will begin on December 29th and run until December 31st at the Couva facility.

Among the players currently in the training squad is Nashville FC forward Tyrell Moore, the younger brother of Shaq Moore who appeared for the US National Team at the 2022 World Cup in Qatar. Both players are the sons of former Trinidad and Tobago player Wendell Moore.

Also in training with Cooper’s squad is English-born midfielder Rio Cardines of Crystal Palace’s Under 18 team. Cardines has appeared for Palace in their last three fixtures against Manchester United, Tottenham Hotspur and Norwich City in which he scored in a 2-2 draw on November 19th.

Cooper has been impressed by the workrate of the players involved in the current camps.

“We’ve been doing double sessions during the camps and the players have responded positively with some encouraging signs. They have shown that they are willing to go the distance. The players who have come in from overseas have definitely fitted into the program and the style and approach of our set-up as well,” Cooper told TTFA Media.

“We are in a period where we are emphasising on physical conditioning while including other aspects of how we want to play.”

“Generally the home-based players have been competitive because everyone is aware that places are up for grabs and the overseas guys have been pushing for inclusion also. The attitude and approach has been good but we still have other aspects of our overall team preparation that we will be focusing on in the sessions ahead,” Cooper said.

Among the overseas-players who have been involved in the previous training camp are Luka Hislop, son of former Trinidad and Tobago goalkeeper Shaka Hislop, Jaden Chan Tack, Joshua Palmer and Samuel Duncan.

All knockout stage matches will be played in a single match direct elimination format and the four semifinalists will qualify for the FIFA U-17 World Cup Peru 2023.