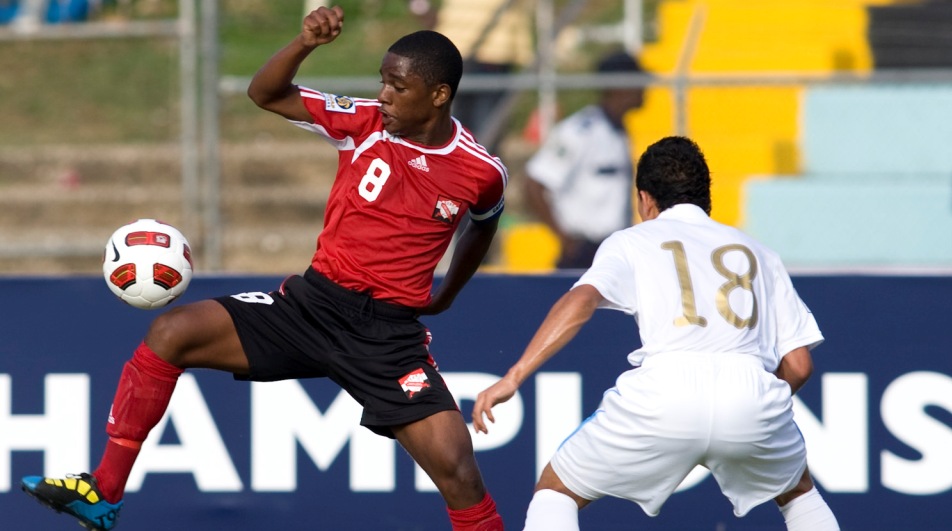 Despite the disappointment of Trinidad and Tobago’s failure to advance to the 2011 FIFA Under 17 World Cup in Mexico, national team captain Duane Muckette believes he came out of the Concacaf final round a better player.

“It was a great experience even though we lost to Canada in the last game. I was exposed to different brands of football played by other countries in the region and I think that will serve me well for the future,” said Muckette who was reportedly one of the bright prospects in the T&T team during the qualifying campaign.

“I learned also that because you work hard during the preparation, it doesn’t mean that you are guaranteed to succeed. We as players saw for ourselves too that there are a lot of equally or even more talented players out there and that said to be that talent is not enough. In order to be successful, you need to have something extra,” the Queen’s Royal College fourth form student added.

Currently a member of 1st Santa Rosa FC, Muckette is aiming for a football scholarship but there are also a few local clubs as well as overseas who have expressed interest in his services.

“I would prefer the professional contract to go overseas before the scholarship but if that doesn’t work out then I’ll definitely consider the school,” he said. MLS club Sporting Kansas and University of South Florida are among those who have been monitoring Muckette’s progress.