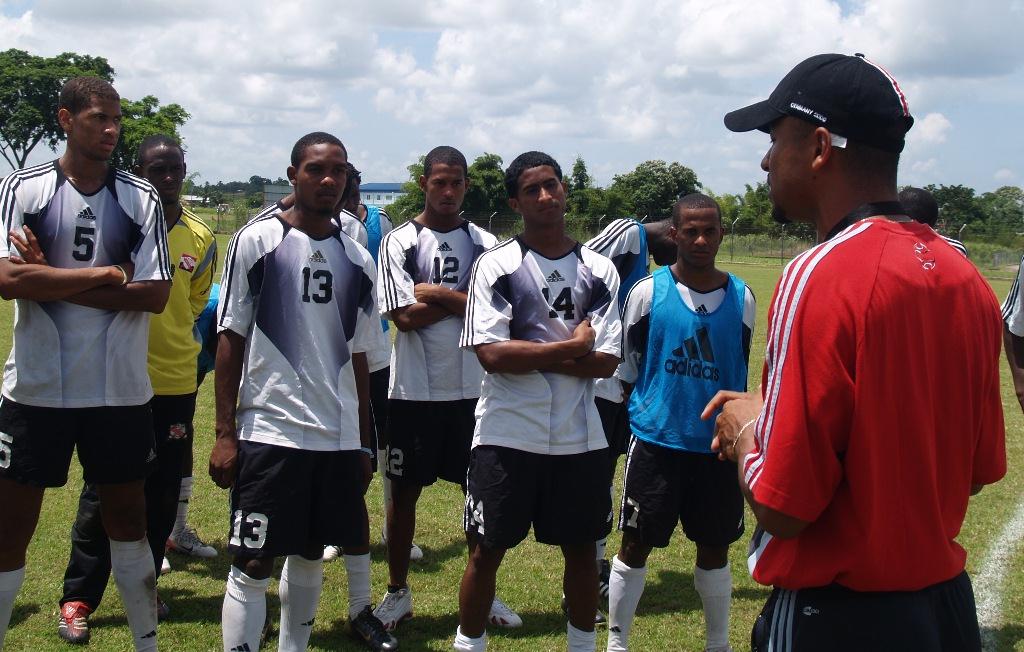 This information has been relayed on the Soca Warriors Online (SWO) forum from a reliable source.

It all happened following an incident with W Connection player Alvin Jones, the brother of Trinidad and Tobago international defender Joevin Jones. Both of whom are sons of former T&T footballer and Police FC head coach Kelvin Jones.

The source further stated: “The U-20 players were playing a practice game against Caledonia AIA on Friday 27th July, 2012 at Larry Gomes Stadium, when apparently Jones (Alvin) made an error in the game around the 5th minute.”

“As a result the player eventually collapsed during the coach's team talk.  The player nails were beginning to turn blue, other staff members had to work overtime to eventually revive him from suspected dehydration, and thankfully they did on time or else the players could have died.”

“Jones saw the team’s doctor and it was confirmed that he suffered a serious dehydration case as a result of running over 70 laps around the stadium nonstop.”

“The source mentioned that: “This to me is a criminal act and Michael McComie should be prosecuted and should never ever coach any team ever again.”

“Imagine, during the same incident young Jones asked if he could stop and was told no by McComie, he then asked for water and was refused.”

“After he was collapsed one of his teammates ran to his assistance and McComie stopped him in his tracks, asking in return if he were a doctor?

“McComie is known for causing stirs at times and had a personal vendetta against former San Juan Jabloteh coach Terry Fenwick where he was constantly lashing out at Fenwick for no obvious reasons. There are also lots of other incidents involving McComie, ended the source.”

Meanwhile, this is not the first time McComie has had run ins with players.  It was previously reported that the former Ma Pau SC coach tried to block Kevin Molino from signing a contact for Orlando City in 2011 and was demanding Orlando pay a fee to him. Eventually the matter was resolved by FIFA.

McComie of all people should know that coaching young footballers is process that requires patience, as he too has had some shortcomings as a national player.

He has had some success on the field and was part of the National Under 20 team that qualified for the Youth World Cup finals in Portugal (1991), that was led by captain Dwight Yorke. However his success with the team was short lived as T&T crashed in the first round and was sent home packing.

T&T lost all of their group stage games against; Australia (2-0), Soviet Union (4-0) and Egypt (6-0). McComie, a goalkeeper played in two of the games conceding eight goals in the process. Clayton Ince was McComie’s back-up.

He was also in goal for Joe Public during the 1998 Concacaf Champion League Cup game against MLS team DC United when they were drummed 8-0 and, as a result, to date it’s the worst defeat by any T&T teams at that level of competition.

McComie has also had unsuccessful stints as coach for both T&T’s Under 20 and Under 23 teams respectively in the past. In 2007 his Under 23 team was eliminated  from the 2008 Olympic qualifications by Cuba (3-0 L) and Grenada (3-2 L). McComie blamed the lack of support he got from the Pro League clubs for the his team's poor showing.

Meanwhile, TTFF Media man Shaun Fuentes reported: “Former National Senior team assistant coach Ross Russell has been given the position of Interim head coach of the Under 20 team pending an ongoing investigation into a matter involving Michael McComie who served as head coach of the squad and a player from the current squad."

Further details on the outcome of the investigation will be released in due course.” (see below for full report). 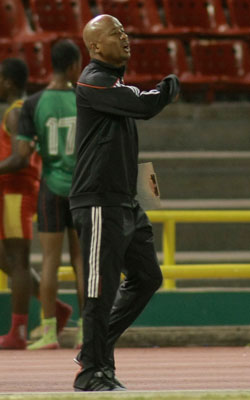 Former National Senior team assistant coach Ross Russell has been given the position of Interim head coach of the Trinidad and Tobago Men’s Under 20 team pending an ongoing investigation into a matter involving Michael McComie who served as head coach of the squad and a player from the current squad.

Further details on the outcome of the investigation will be released in due course.

Russell previously served as an assistant coach and goalkeeping coach of the current Under 20 squad and is the most experienced coach on the current staff which also includes Anthony Rougier and Clint Marcelle.

Russell has been on the coaching staffs of several past national youth teams including the Under 17 team that qualified for the 2007 FIFA Under 17 World Cup in South Korea and was also a previous Senior Men’s Team assistant coach. He also led Defence Force to the 2010/2011 T&T Pro League title.

The final squad for the upcoming Caribbean Football Union U-20 qualifying tournament in St Vincent/Grenadines will be announced on Saturday.

The team will travel to St Vincent on a Caribbean Airlines chartered flight on Monday afternoon. T&T will engage in battle with the hosts, Guyana and Suriname on August 8-12.

The group winner will advance to the CFU Finals in Jamaica November on 3-11. Five of the six teams from the final round of Caribbean qualifying will advance to the CONCACAF championship in Puebla, Mexico, February 18-March 2, 2013 towards the 2013 FIFA Under 20 World Cup in Turkey.