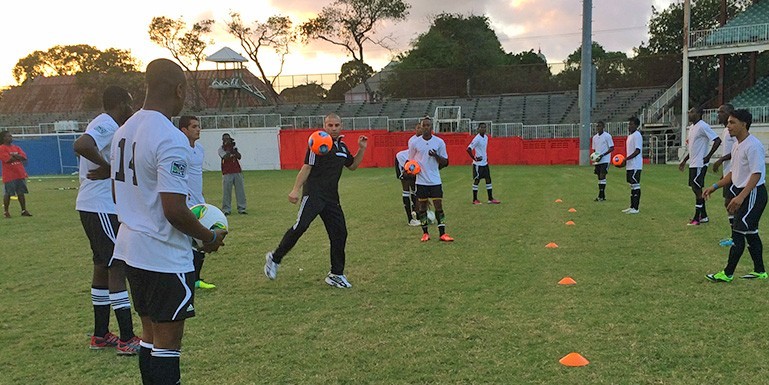 MLS Scouts as well as recruiters from no fewer than three MLS clubs will be in Curacao from October 21-30, 2016 for the CFU Men’s U-20 Qualifiers, which will serve, concurrently, as the base for the annual MLS-CFU Combine.

This is the fourth edition of the Combine, which aims to have Caribbean players selected to attend the annual stateside adidas MLS Player Combine, which will be held from January 7-12, 2017 in Los Angeles.

The teams contesting the Qualifiers which will be played at Ergilio Hato, are, in Group A, Antigua and Barbuda, Bermuda, Curacao and St. Kitts and Nevis, and, in Group B, Cuba, Haiti, St. Lucia and Trinidad and Tobago.

CFU President Gordon Derrick said the decision to merge the two initiatives was a logical one, given that some of the region’s best young players would be gathered in a single space for the Qualifiers.

“The U-20 is a marquee competition for the CFU, and the players are from the same age category in which the MLS scouts are interested, so this creates an ideal opportunity for all parties involved. You will also notice that, this year, in addition to the MLS scouts, provisions were made for the MLS clubs to attend and do their own scouting,” Derrick said.

Five teams will advance from the Qualifiers to the final round of the CONCACAF Championship slated for February 17-March 5, 2017 in Costa Rica. There is, meanwhile, no quota on the number of Caribbean players that may be invited to the MLS Player Combine in Los Angeles, from which selected standouts will be eligible for the 2017 MLS SuperDraft presented by Adidas.