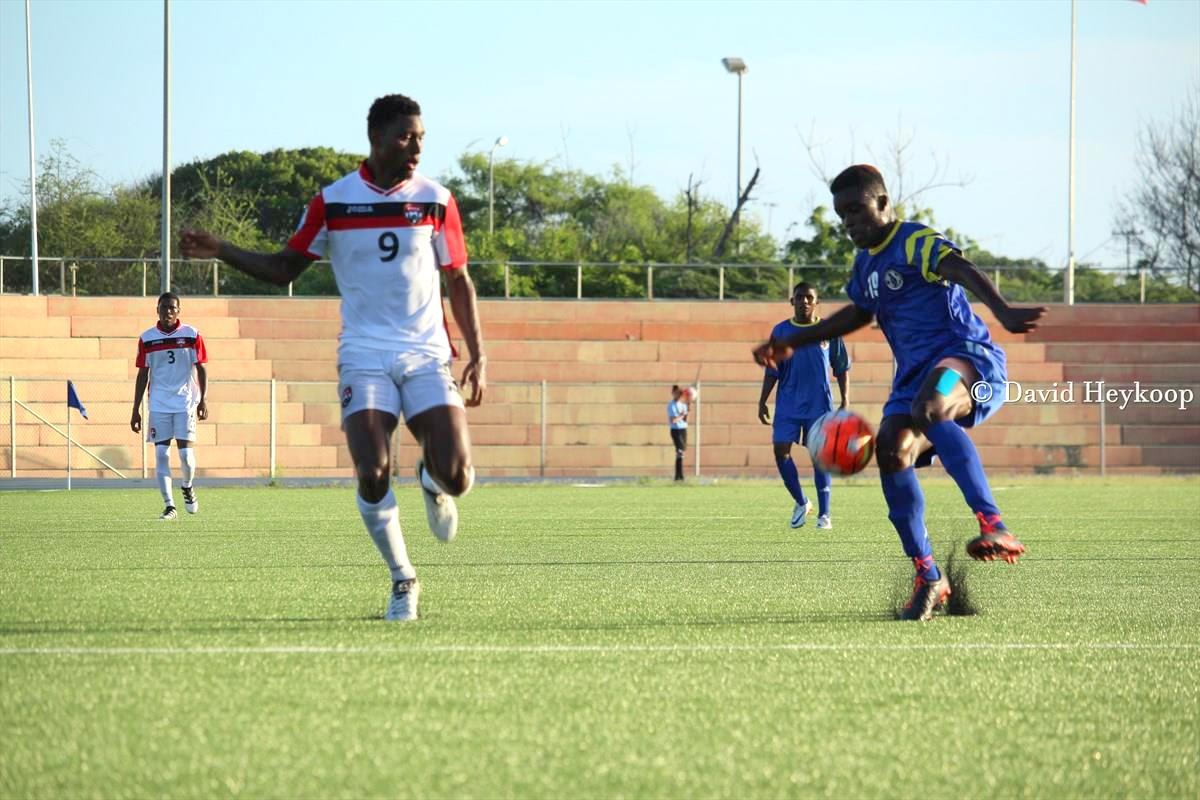 Trinidad and Tobago’s Under 20 Men’s Team secured their third victory of the 2017 FIFA Under 20 World Cup qualifying campaign when they hammered St Lucia 4-0 in their second match of Group B in the Caribbean Football Union Final Round at the Ergilio Hato Stadium in Willemstad on Monday evening.

Following Saturday’s 0-0 draw with Cuba, T&T needed to come away with a positive result and delivered the goods in dominant style with Central FC forward Nicholas Dillon leading the way with a hattrick and New York Red Bulls defender Noah Powder notching the other item to secure the three points for T&T. In the previous semi-final round, T&T beat Guadeloupe 1-0 and battered Turks and Caicos 11-0 in a match in which Dillon bagged five goals which sees his tally now at eight in the campaign

Haiti edged Cuba 2-1 in the second match to move to six points, setting up a crucial Group finale between T&T and Haiti on Wednesday in Willemstad. The top two teams will advance to the tournament semi-finals as well as the CONCACAF Final Round in Costa Rica next year towards the 2017 Under 20 World Cup in South Korea.

Dillon later described the hattrick moment as perhaps the highlight of his international career.

“It felt great to get three goals especially knowing that we needed to win this match to maintain a good chance of qualifying for the next round,” Dillon told TTFA Media.

“Scoring these three goals was just my pay back to the two national coaches (Brian Willams and Kerry Jamerson)working with me and believing in my potential. I knew I had to come good and lead the team to the win so I was also happy to deliver for my team” he added,

When both teams met in the semi-final phase in Trinidad back in June, they played to a 1-1 stalemate but this time T&T were not prepared to share the spoils.

“The difference today was were fitter than back then and we all had a better understanding of what the coaches wanted us to do,” Dillon said.

He later dedicated his three goals to his father Wayne, who celebrated his 58th birthday on October 10th.

Dillon would double the lead in the 28th minute when he flicked the ball into the goal from an Isaiah Hudson corner. St Lucia were left on the blackfoot with the fiery start by T&T.

T&T led 2-0 at the half-time break and as St Lucia tried to get themselves back into the game, T&T were patient and Powder punished the opposition in the 65th minute to push T&T 3-0 ahead.

Dillon got his hattrick in the 71st minute when Keston Julien delivered into the box and he made no mistake with a header past St Lucian goalkeeper Vinnie George.

Head Coach Williams later expressed his satisfaction with the team and the way the players handled the responsibility of securing the result.

“I was pleased with respect to how the boys settled early and took control of the game. They went out there knowing that it would be up to them to make the game their own and the early goal from Dillon helped,” Williams told TTFA Media.

“We were up 2-0 at half time but we all know a 2-0 lead is a dangerous one to have it’s critical that you get that third goal and don’t give the team any hope of coming back into the match. We got that goal at a critical time in the match and then went on to finish them off. This was a pleasing display for us and now we have to focus on putting down a strong, positive performance on Wednesday against the Haitians so that we can go through to the next phase. Getting there is very important for us,” Williams added.

On Dillon’s display, Williams said: “I was happy for him. He’s been working hard and he came up strong today. His three goals helped cement the win for us and the players in their supporting roles around him also deserve credit.”