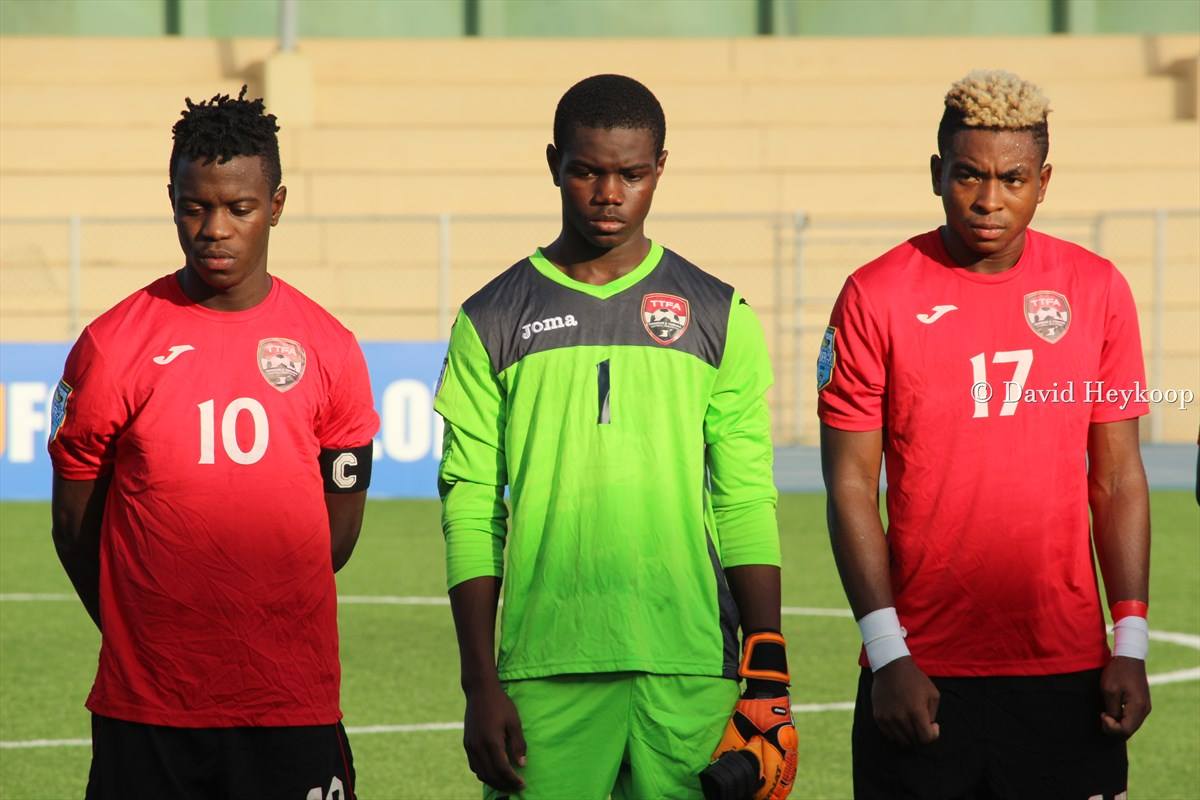 Now that the National Under 20 Men’s Team has returned home following their participation at the Caribbean Football Union Under 20 Championship in Curacao, team captain Jabari Mitchell took some time out to share his views on some factors in the team’s showing.

T&T finished fourth in the championship but more importantly, realised its ambition of qualifying for the CONCACAF Final Round in Costa Rica in February towards the 2017 FIFA Under 20 World Cup in South Korea.

Mitchell minced no words as he pointed out that goalscoring was the team’s major let down.

“I think the biggest challenge for us on the field was turning our good possession and control of the game into goals. We definitely need to improve on our goalscoring as a team,” Mitchell told TTFA Media.

Asked further as to why he felt the team failed to surge ahead of Cuba and Haiti, Mitchell laid the blame on failure to convert goalscoring chances.

“Goalscoring again. In all these games we had a lot of chances but for some reason we weren’t putting them away,”

“In first round of the CFU qualifiers. this was a problem for us but the coaches put in a lot of work with us in staying compact and defending as a team and I think we executed well in this aspect,” said Mitchell.

What went wrong against Antigua/Barbuda and Bermuda?

“We had total control of the games against Antigua and Bermuda. However our final pass, final shot and even our final decisions in attack was really off in both games.”

The improvements needed before the Final Round in Costa Rica.

“We need to continue improving on our possession game and capitalizing on goalscoring opportunities because in Concacaf it’s either you nail them or be nailed.”

The players that stepped up

“Everyone gave a 100% effort in Curaçao. The work ethic was good from the team. However, I think the defenders applied their roles well and also Nicholas Dillon in delivering upfront,his presence was really missed after his injury.”

The two venues for the competition will be the National Stadium in San Jose, and the Ricardo Saprissa Stadium, home to Deportivo Saprissa of the Costa Rican First Division. The date for the draw will be announced shortly.

The twelve (12) teams shall be divided into a group stage consisting of two (2) groups (A, B) of six (6) teams each. The group winners qualify automatically for the Final and the Under 20 World Cup in South Korea.

The second-and third-place teams from each group are re-seeded by group stage results for a playoffs, with the top team of the four facing the fourth-best team, and the second-best finisher facing the third-best. The winners of those two games will also advance to the U-20 World Cup.