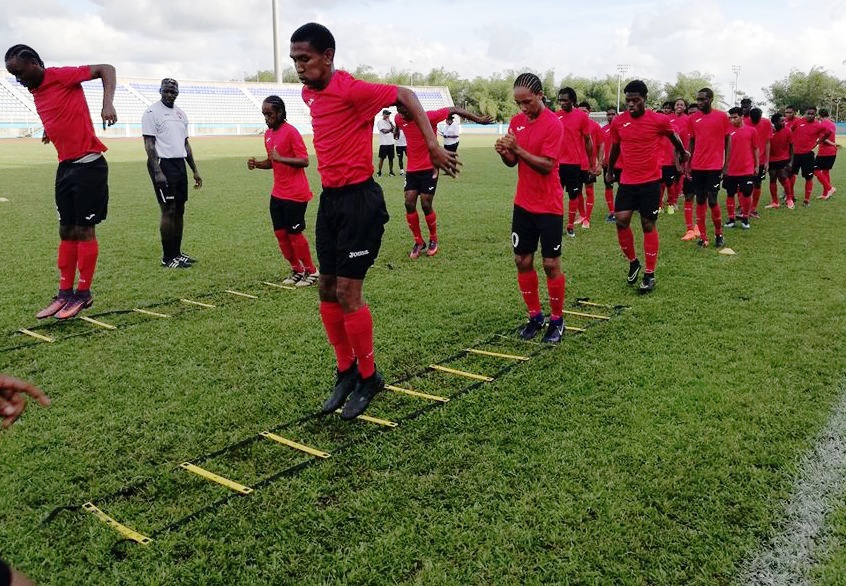 An 18-man Trinidad and Tobago Under 20 Men’s Team departed these shores for Guadeloupe this morning to contest the six-nation Guadeloupe Invitational tourney from May 18-21.

T&T will open their campaign against Costa Rica’s National Under 20 Team on Saturday and will meet Martinique’s U20s the following day. The other teams competing include hosts Guadeloupe, French Guiana and Haiti. The winner of the two groups will meet in the final on May 21st while the other runners up teams from each group will meet for final placings on the closing day.

T&T are preparing for the CONCACAF Under 20 World Cup qualifiers in November.

“It’s a fantastic opportunity for the team and the coaching staff to see where we are in terms of our preparations. We are definitely looking forward to it,” Latapy told TTFA Media on Monday.

“This is an invitational tournament. Because exams are going on right now there are a lot of players who I would have loved to have the possibility to take on this trip but unfortunately I cannot. But it is a fantastic opportunity for some of the other players to stake a claim for their pick for the tournament in November,” he continued.

“We have a bunch of talented players as we always do in this country. What we were lacking and what we are trying to work on is the tactical side of the game in relation to where the ball is what the positional play will be. We have been improving on it so far and we just need to keep working at it,” Latapy added.

Commenting on the player’s readiness for the game, Latapy said it was a work in progress to get the squad to a satisfactory level.

“We have a squad of players that technically they are above average but we know playing with the football in the modern game is not enough, you have to learn and know how to run off the ball, how to create space, how to close spaces down when you are not in position. We have worked with the boys for some time. We are fairly happy with where they are right now from when we took the squad. It is a work in progress.

“One of the key aspects to me is about the process of winning, it’s about development. I think if we can get the process right then we can win more games, The development of these players is important and not only as football players but as men,” Latapy said.