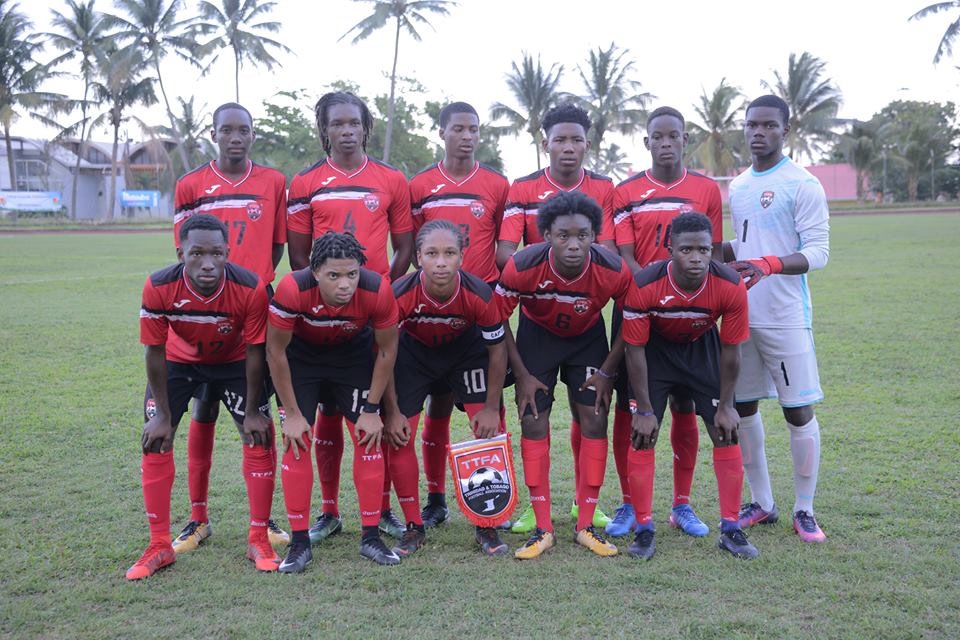 Trinidad and Tobago’s Under 20 Men went down 2-1 to Martinique in their second outing in as many days at the Guadeloupe six-nation tourney on Sunday evening at Capesterre-Belle-Eau.

Following their 2-0 loss to Costa Rica the previous evening, T&T, captained by Judah Garcia on the day went into the match hoping to come out with a favourable result. Head Coach Russell Latapy made a few changes to his starting team from Saturday’s encounter in an attempt to get fresh legs on the park as well as use the opportunity to present playing time to more members of his squad. T&T played their second encounter in as many days with Martinique playing Costa Rica in their previous match on Friday, losing 3-0 to the Central Americans.

Martinique took a 20th minute lead and would grab a second from a dubious penalty in the 50th minute for a 2-0 lead. Half time substitute John Paul Rochford would pull a goal back for T&T in the 68th minute when Kishon Hackshaw got around his man on the left corner before crossing into the area for Rochford to hit home first time.

“It was a tough, scrappy and physical game. We gave up two goals on two defensive mistakes which is not acceptable at this level but again we’ve come here to get the playing time and these things are not unexpected from us at this stage considering we haven’t had much international experience,” Latapy told TTFA Media.

“We made a some changes from the first game with it  taking a lot out of us and this one also was a physically demanding one on the players with very little recovery time after we played the day before. We lacked a bit more quality in the final third and we had some decisions which went against but again these are things that our team will accustomed to and it’s turned out to be a good learning experience for the boys.

“The young referees made some mistakes and it caused tempers to boil over which resulted in players from both teams clashing near the end. It’s the first time our boys were encountering something like this in an international match. These type of things among other aspects are what we’ll take away with us from the encounter which is learning to stay focused and sticking to the game plan instead of having our mental concentration throw off,” Latapy added.

T&T will face French Guiana from 4pm on Monday in the playoff for fifth place while Costa Rica will take on Haiti in the Final. Haiti beat French Guiana 1-0 in the second outing on Sunday. T&T are preparing for CONCACAF U-20 World Cup qualifying in November.