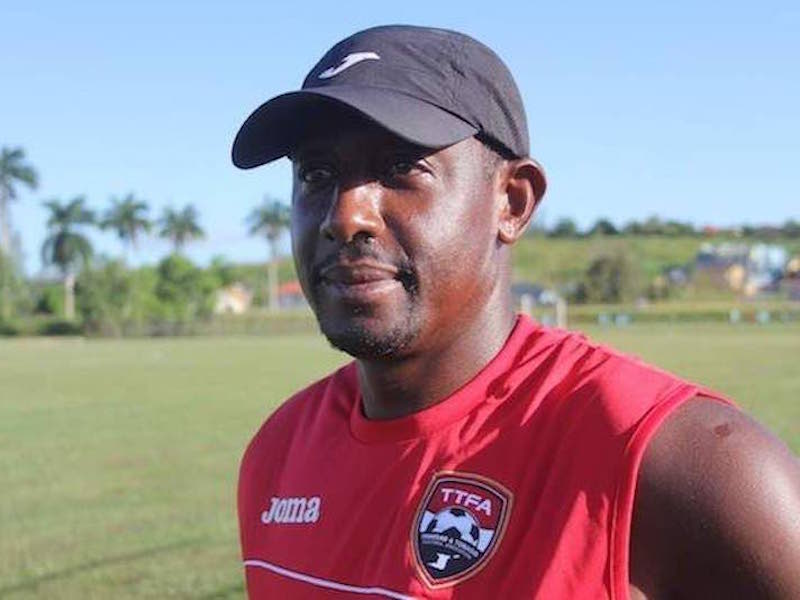 NATIONAL Under-20 men’s coach Russell Latapy is pleading with the TT Football Association (TTFA) to “just let me do my job.”

Latapy, in an interview with Newsday on Tuesday to discuss the preparation of the team for the CONCACAF Men’s U-20 Championship in November in Florida, shockingly revealed no training has been held since the team was eliminated from the group stage of the Central America and Caribbean (CAC) Games in Colombia on July 24.

With just over two months to go to battle for a spot in the CONCACAF Men’s U-20 Championships semi-finals, and more importantly one of the top four spots to the 2019 FIFA U-20 Men’s World Cup in Poland, the team is at a standstill.

Latapy said he and his technical staff are frustrated and unable to work as non-payment of salaries is beginning to affect morale and their ability to work properly.

“Some of my staff have not been paid for almost a year,” Latapy revealed.

The legendary former attacking midfielder said he has held discussions with the TTFA on the issues affecting the team and they have promised to work on it but still no relief has been forthcoming.

Latapy said the situation has seriously affected their preparation for the Under-20 Championships.

At the CAC Games he said he and his technical staff identified areas of weakness that needed to be addressed but have been able to do so as time continues to be wasted.

Asked what is the mood of the camp, Latapy said he and his staff are all committed to the team but need the required support.

“The only reason I haven’t quit the job yet is because I believe in these boys,” Latapy said. The 50 year old said he accepts that wins and losses will enhance or tarnish his resume, but said it is unfair that other factors might affect his team’s performance on the field.

He revealed he is not currently on speaking terms with TTFA president David John-Williams but said it is still possible to have a good working relationship. “My brother (Justin Latapy-George) is the secretary of the FA, I get along well with certain members but I haven’t spoken to David John-Williams in a long time,” Latapy said.

The youth coach said, however, a professional relationship is more important than a personal one and he sees no reason why their lack of communication should affect the team as both parties should be interested in the good of the game.

Salaries not being paid on time is nothing new to the TTFA as several past coaches – including Latapy – have had to sue the local football association to get their just due.

If Latapy walks away, he will be the second national coach to quit in recent times.

Earlier this month, women’s coach Jamaal Shabazz walked away from the job less than three weeks before the final round of the Caribbean Women World Cup qualifiers which begins on Saturday.

Just recently, another national youth team’s training and preparation went to naught as the TTFA failed to get US visas on time for the CONCACAF Under 15 Girls Championship in Florida.

The TTFA president refused to take the blame for his organisation’s tardiness in attempting to secure the visas and hinted that it was possibly time CONCACAF identifies different venues other than the US to host these tournaments.

US Embassy Chargé d’Affaires John McIntyre rebuked John-Williams publicly for that remark, saying the situation arose because of “poor planning” and the TTFA “dropping the ball” in conducting their duties.