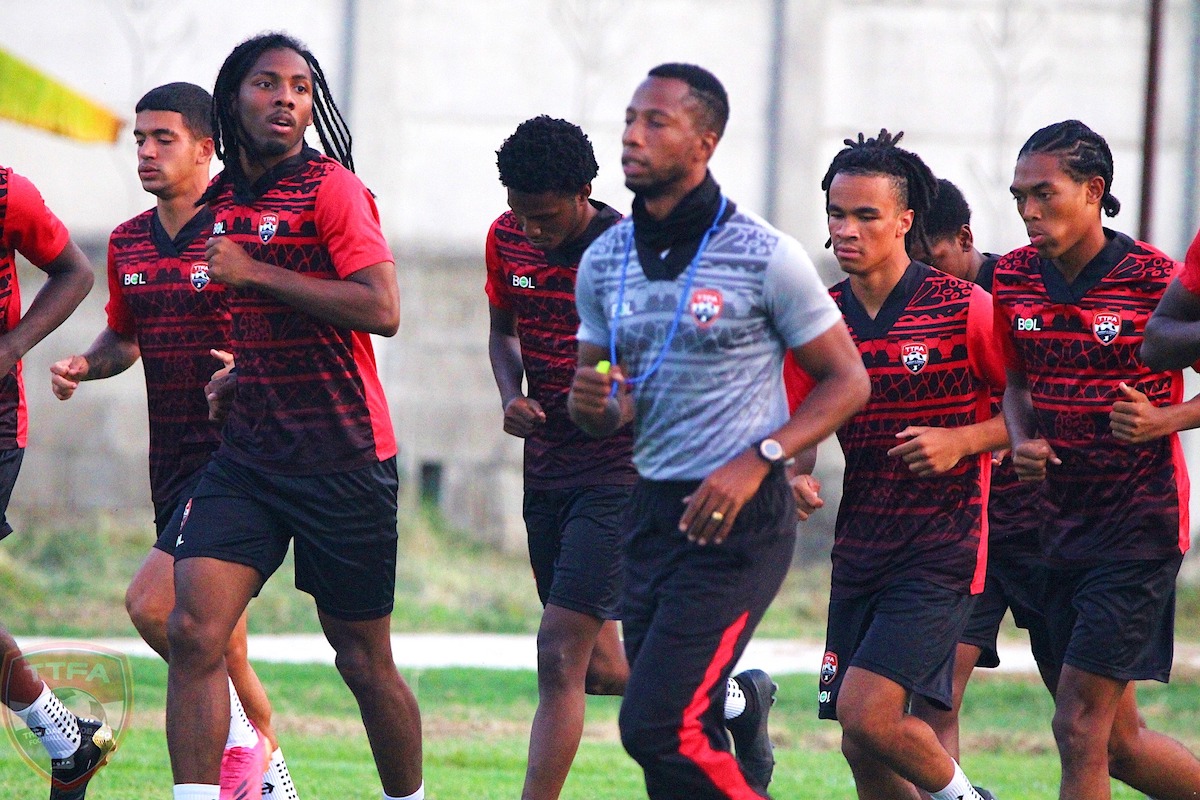 This country’s Under-20 men’s football teams will be keen on a positive start when they meet Haiti in their Group F opener of the Concacaf Men’s Under-20 Championship at the Francisco Morazan Stadium, San Pedro Sula, Honduras on Sunday from 6 pm (TT time).

The second match in the group will feature Mexico and Suriname from 10.30 pm at the same venue.

Today's meeting between the Angus Eve-coached U-20 Soca Warriors and Haiti will be their first-ever meeting with the former hoping to qualify for a third FIFA Men’s U-20 World Cup, after qualification to the 1991 Finals in Portugal and 2009 in Egypt, while Haiti is trying to qualify for their first.

On Friday evening, Eve and his squad arrived in Honduras following a ten-day camp in Costa Rica where they played two friendly encounters against that country's U-20 team, a 0-0 draw and a 2-0 loss which was followed by a third friendly against a local club team Sporting FC, which ended in a 2-0 defeat as well at the Complejo Deportivo Fedefútbol Plycem.

During the first two matches against the Costa Ricans, the local U-20s were under the supervision of assistant coach Reynold Carrington while coach Eve and captain Molik Khan missed the match due to senior national team commitments, and the trio of Tarik Lee, Christian Bailey, and Tristan Edwards also missed the first match due to CXC Exams along with Austria-based defender Noah Roka, who only joined the team on the morning of the match after his exams as well.

However, speaking on arrival in Honduras as his team get set to make their 21st appearance in the competition said things have been hectic with problems arising with their Copa Airlines flight with the players being in the airport for several hours.

"But at the end of the day, we are here and everybody is safe and we just have one guy with a niggling injury but other than that we are in good spirits."

The T&T team which arrived in Honduras was minus defender Jaron Pascall who remained in Costa Rica in order to sit his CXC Examination and was expected to join the team yesterday ahead of the match and coach Eve credited the local federation for putting the players' education first while admitting to having to adjust his sessions to suit.

Eve said, "The TTFA has to be given a lot of credit in having an invigilator with the team and the boys are doing all of their exams out here so it's a little bit difficult and we have to schedule training around that because unlike some other teams here who have professional players, we have schoolboys, so credit to the TTFA for organising for them to get their exams done."

Goalkeeper Tristan Edwards was also drafted into the final team to replace Rushon Sandy in the final squad and Eve noted this change was due to illness.

"He (Sandy) was omitted after showing COVID-19-like symptoms which were very strong and forced him to miss training for three to four days and we went through all the normal protocols and got Concacaf to confirm the change to the team."

Looking ahead to the team's opening game coming on the back of a ten-day camp in Costa Rica, Eve said he thinks the team is ready.

"The camp was very fruitful and we had two really good games against Costa Rica U-20s and again a number of the Costa Rica guys are playing with their senior team and have played senior team football, we just had Molik Khan and in our contingency, we just have one professional player which is Molik Khan and a couple of other guys who play locally for clubs.

"But in the main, its college kids that we have here, and I've been very happy with their application and attitude towards the work. The one area that we are lacking, to be honest, is experience, ended Eve, who was a member of the T&T team at the U-20 World Cup in 1991 in Portugal."

Skipper Khan, a member of US Major League Soccer's Minnesota United, said the last few days has shown the team that they are an ambitious group and once they gel together they can do good things and this is a group that is very confident and it's a group of young men that have a point to prove.

Skipper Khan said, "I feel good and everyone feels good in the camp and its just a positive vibes and we all feel confident that we can come out with the results needed.

"Coach (Eve) obviously have us in the right frame of mind for competition mood and everyone I think understand the task at hand and I think we are here to compete and stay and go all the way.

"It's a bunch of youths looking for an opportunity and this is the right place and the right group to do that."

Looking ahead to the match against the Haitians, Khan said the key for his team will be mainly to focus.

"We just have to keep focus and do what we have to do and prepare our minds and that's basically the key for us and the people back home can expect results and full commitment from us."

Haiti will be making their 10th tournament appearance but the Les Grenadiers as they are known have never qualified for a U-20 World Cup. The Haitians finished fifth in both the 2003 and 2007 tournaments and overall possesses a record of 8W-5D-18L with 42 goals scored and 61 conceded.

The Soca Warriors have always been competitive at the Concacaf U-20 level and also have two third-place finishes (1974, 1986) to their name.

At the end of the group stage round-robin play the top three teams in the group will advance to the round-of-16 where they will join already qualified Curacao, Nicaragua, Puerto Rico and Dominican Republic who all qualified directly as winners of their respective groups in the Concacaf Men’s U-20 Championship Qualifiers held last November in Santo Domingo, Dominican Republic.