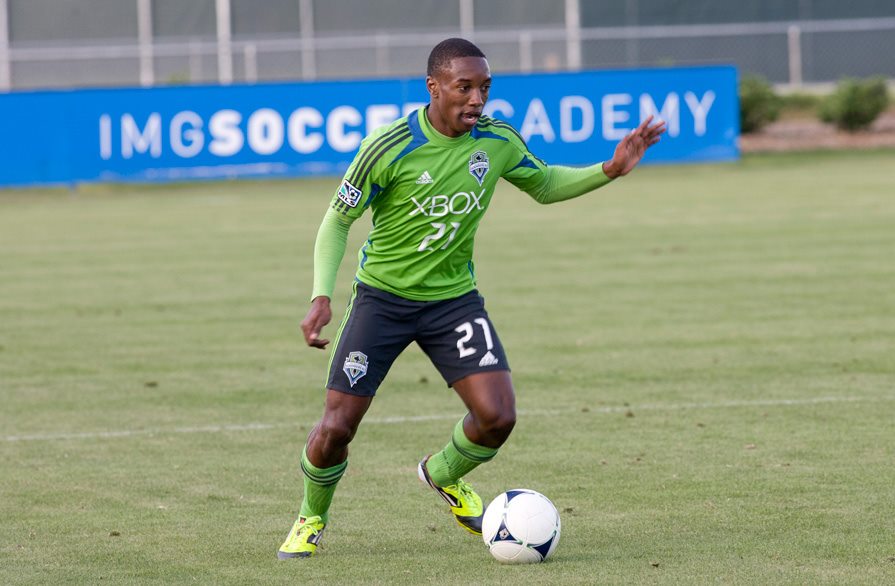 Columbus Crew midfielder Kevan George joined the rest of the Trinidad and Tobago Under 23 squad in their live-in training camp in Fort Lauderdale on Tuesday evening and is expected to get his first piece of action when the team takes on Fort Lauderdale Strikers in a training game today (Wednesday) at the home team’s Complex  at 4pm.

George, a Tobago-born former player with St Clair Coaching School, has been signed by Columbus ahead of the upcoming American Major League season. And with less than two weeks to go before T&T’s opening CONCACAF Olympic qualifier against Mexico in California, head coach Angus Eve has drafted in another MLS-based player in 19-year-old Seattle Sounders forward Cordell Cato.

The former T&T Under 20 striker who is in preseason training with Seattle has been released by the club in order to play for T&T at the tournament and is expected to join the team later this week.

Eve however, said there was some uncertainty over the arrival of W Connection striker Shahdon Winchester as well as Polish-based defender Mekeil Williams and Orlando City midfielder Kevin Molino.

“We are delighted to have Kevan George coming in so early as well to have young Cordell Cato joining the camp but we are having some problems regarding players like Shahdon, Mekeil Williams and Molino,” Eve told TTFF Media.

“Cato has been doing very well with his club in their preseason preparations. He did not play in their opener but he was in the squad and has done quite well to make a squad of talented players.

He is one who we didn’t interfere with in the early stages because he hadn’t signed his contract yet even though he was training with the club but now he’s done the deal and he’s been in regular training and the club has agreed to release him for which we are grateful. Both Cato and George are coming in at a good time before the tournament which will allow them to be part of the gelling process.

Eve added: “The preparations with the players here are going fine at the moment. We have all the local-based players in the camp but there is the problem with Shahdon in that we understand he has gone on a trial in Norway and now we are hearing he is in Spain.

He was supposed to travel with the team to Jamaica but the management of his club said he had to go off to Norway on business… to sign a contract and obviously we are not going to stop a young player with an opportunity like that. It is a bit of a hamper but we have the local-based players here and we are thankful to the local clubs for their cooperation and also the overseas clubs who have supported us,” Eve added.

Williams is yet to obtain his US Visa despite efforts in Poland to secure it through the TTFF’s assistance. However, Williams has been in Turkey with his club and now ongoing efforts are taking place in Poland to ensure he can travel to Fort Lauderdale by March 17th. Molino and De Silva who has an exam at College of Charleston are scheduled in on March 17th also.

“The Jamaica leg was difficult but very good for us in the sense that we played against two good teams. Portmore also has several Jamaican national players in their squad. The surfaces were not that great but in saying that, it was good for our guys coming into the tournament here in the US where the surfaces are more conducive to our type of game.

The Fort Lauderdale strikers club have made their facilities open to us and field is in excellent condition and the other facilities here are very suitable,” Eve added.

T&T will also face Canada’s Under 23 team at the Holiday Inn Soccer Complex from 3:30 pm on Friday.