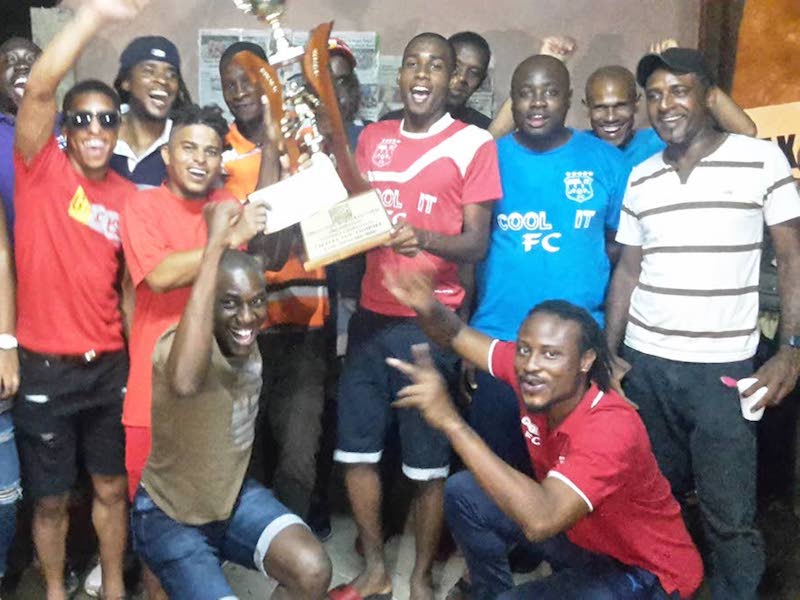 DEFENDING champions Take That And Cool It mauled Walcott FC, on Sunday, to win their second match of the season to catapult up the standings in Group A of the Caribbean Welders Fishing Pond 9-a-side Football League.

Cool It scored a goal for every man they had on the field, destroying Walcott FC 9-0 to move into fifth spot in the group and the best goal difference in the league at +7.

Andell Allsop led the demolition for the 2017 winners with a hat-trick, backed up by a double from Leon Durity. Kareem Charles, Quincy Gittens, Nkosi David and Shandon Joseph got their names on the score sheet with one apiece.

Also shaking things up in Group A were G Madrid who thumped Dream Team 3-0. Ex-league MVP Derone Lewis and Deron Dedier put G Madrid on course for victory with first half goals to put their team ahead 2-0. And Derick Ali closed the deal in the second half to secure the three points with his team’s third goal, as Dream Team struggled on the day.

The race to the Big 8 knockout phase is extremely tight with second place to fifth separated by just three points.