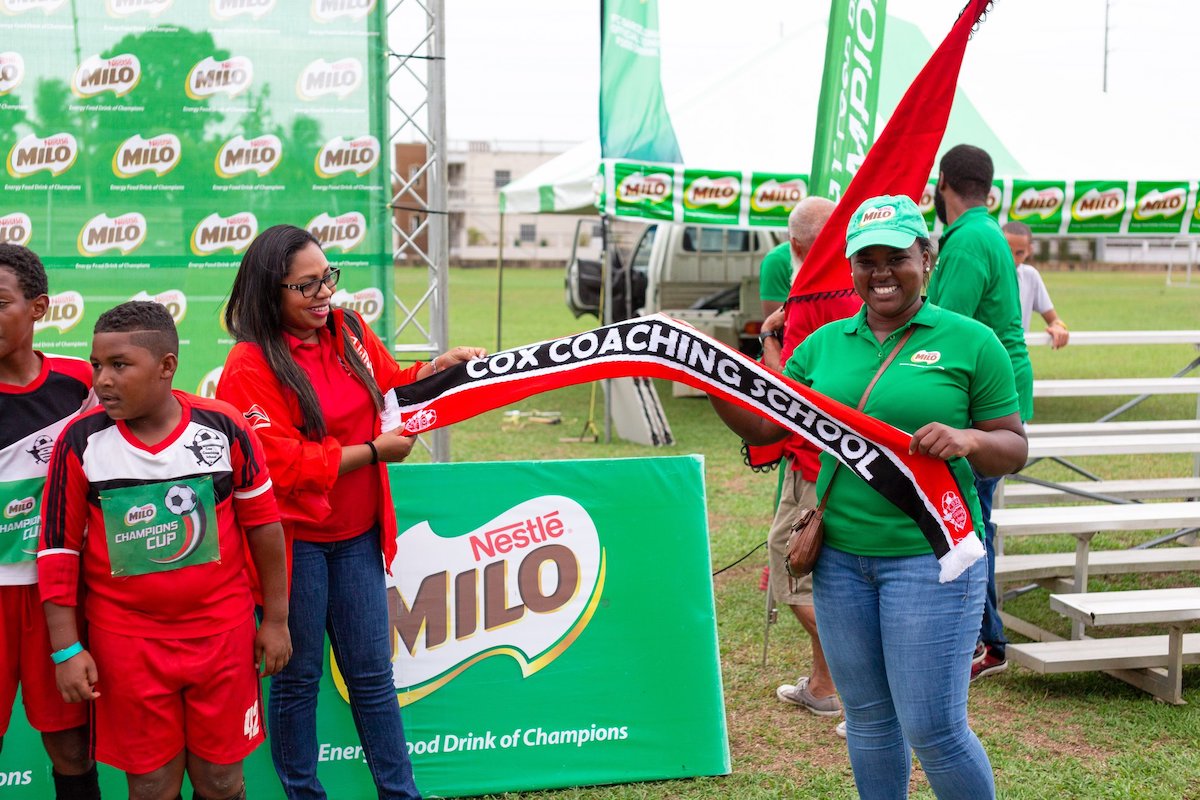 COX Coaching School (CCS) booked their ticket for Barcelona in July to participate in the first ever Milo Champions Cup after winning the TT leg yesterday, held at the UWI-SPEC Grounds, St Augustine.

The Palo Seco-based team were by margins the best team on the day as they whipped Elite 4-0 in the final scoring two goals on either half.

Coach of the winning team, Dennis Cox said, “ This victory means a lot to us, we are going to Barcelona! I wanna thank all the parents, supporters and the kids who worked hard for this cup.”

The club that was formed 35 years ago trains twice weekly on Wednesday and Saturday in Palo Seco.

In the semi-final round, Elite secured a spot in the final after defeating Queen’s Park 1-0 in sudden death penalties after drawing 0-0 in the 15 minutes of regulation time.

In the group stage, Elite were table toppers in Group A after winning three games and drawing one while scoring five unanswered goals.

The Champions Cup will kick off in Barcelona, Spain from July 29 to August 5. The TT team will be coming up against teams from Malaysia, Indonesia,Sri Lanka, Maldives, Vietnam, Indonesia, Colombia, Chile, South Africa, Panama and Jamaica among others.

Arima Semi-Pro Ball Masters were second in that group after registering two wins and same number of draws in their four matches. They scored seven goals and a lone goal against them

CCS played unbeaten in Group B, winning all their four matches by scoring 17 goals and conceding only three.

Queen’s Park placed second in the group after winning two matches, drawing one and losing one scoring seven goals and conceding four.

In July, CCS will be fortunate enough to attend a training session with the FC Barcelona Academy with a FC Barcelona legend along with a Museum Tour at the club.

The travelling team will include eight players (at least two females) and one coach.