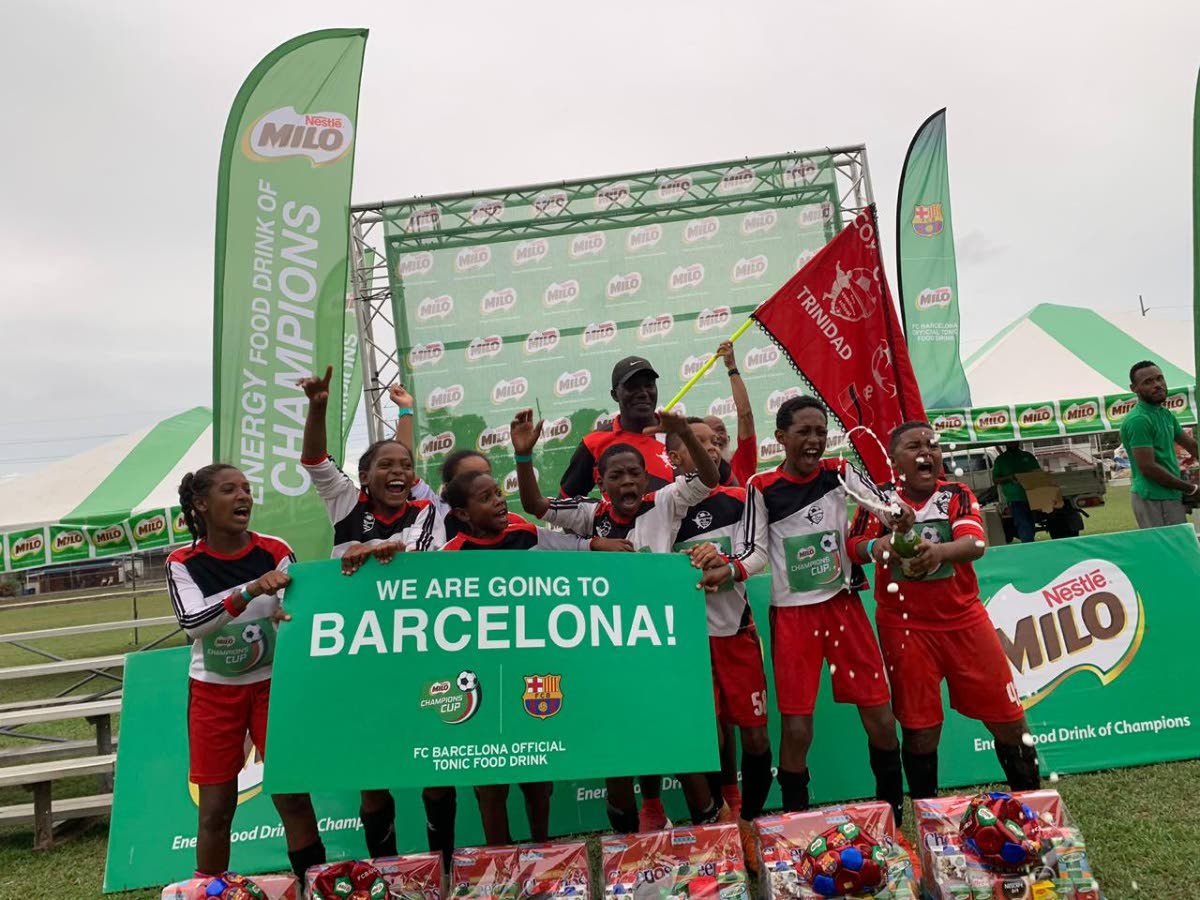 The Palo Seco-based team secured their spot in the Cup after defeating Elite 4-0 in the finals of the TT leg at the UWI-SPEC Ground, St Augustine on Sunday.

The inaugural tournament will run from July 29 to August 5, featuring teams from Malaysia, Indonesia, Sri Lanka, Maldives, Vietnam, Colombia, Chile, South Africa, Panama and Jamaica. It is one of the initiatives of a 2016 partnership between Nestlé MILO, which will sponsor the youngsters’ trip, and FC Barcelona to promote healthier lifestyles for children using football.

Cox, who has been coaching for over 37 years, is confident in the abilities of the team and says they are well prepared. They have been training twice a week on Wednesdays and Saturdays.

“They are on a high right now. Our chances are great, just like any other team, and we have a lot of tournaments coming up to further assist with preparation,” he said.

The team will participate in the San Fernando Academy tournament at Skinner Park, on Saturday, the Gasparillo Youths competition on June 19 and the school’s original tournament, the Cox Coaching School tournament, on July 6.

Cox says he is treating preparation for the Cup like any other competition. He said it is “nothing new” for the team as it will not be the first time they will be participating in an international competition. They will also head to Canada from July 9 to July 18 to compete in the Master Soccer invitational youth tournament.

He says one player to look out for is striker Vaughn Clement. The youngster captains the Siparia Boys’ RC team and led them to victory in the 2018 Concacaf NextPlay Cup. They will be heading to the US on July 7 to view the 2019 Concacaf Gold Cup finals, which was one of the prizes.

Cox says he enjoys coaching children and he tries to not only focus on football but individual development.

“It’s always a wonderful experience to work with kids, and I try to focus on other things like their education, making sure they’re productive. I start from age four and go all the way up to 18.”

He says he is thankful towards all parents, guardians, and well wishers who have been supporting the youngsters thus far.