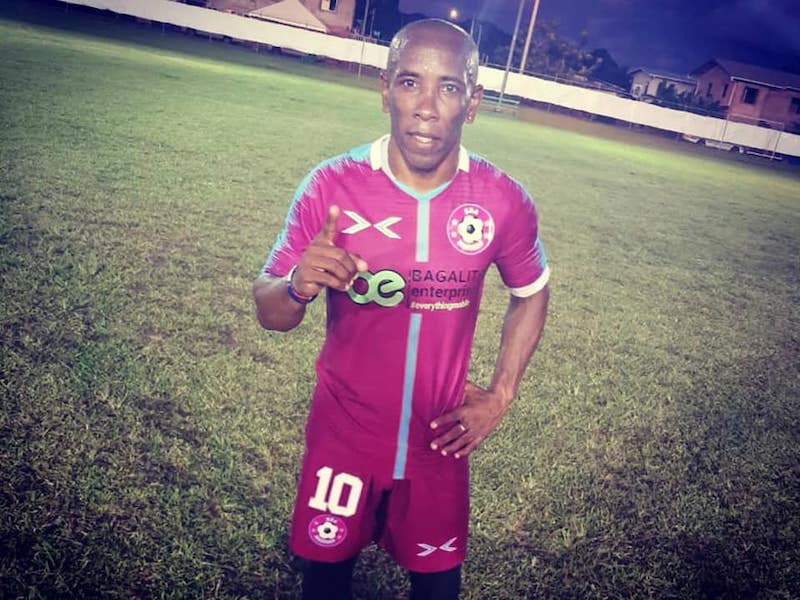 Saint Lucian icon Earl ‘Ball Hog’ Jean was the Most Valuable Player in the recent Tobago Masters Football Tournament, which he won with his team, ERA Masters.

ERA Masters won the over-40 division over Sunday Krew. Although he was beaten for the Golden Boot title by Kevin Oliveira of DEF Masters, Jean missed out on the early part of the competition, due to his commitments as head coach of W Connection Football Club in the Trinidad and Tobago Pro League.

Flying in for the second day of the three-day tournament, the former Saint Lucia national captain netted four times in three games in the knockout phases.

After scoring a penalty in the quarterfinals, he netted in a 2-0 semifinal win, then scored both his team’s goals in the final. With the game knotted at 1-1 after full time, it was Jean with the winner in extra time. The series included teams from Trinidad and Tobago, Jamaica, Grenada, and the USA.

The diminutive Jean played 23 games for Saint Lucia from 1990 to 2004, scoring 20 goals. A much-travelled professional, he played for W Connection in Trinidad and Tobago, Felgueiras in Portugal’s Primeira Divisão, for Ipswich Town, Rotherham United, and Plymouth Argyle in the Football League, Hibernian in the Scottish Premier League, and Qingdao Hailifeng F.C. in the Chinese Football Association Jia League.