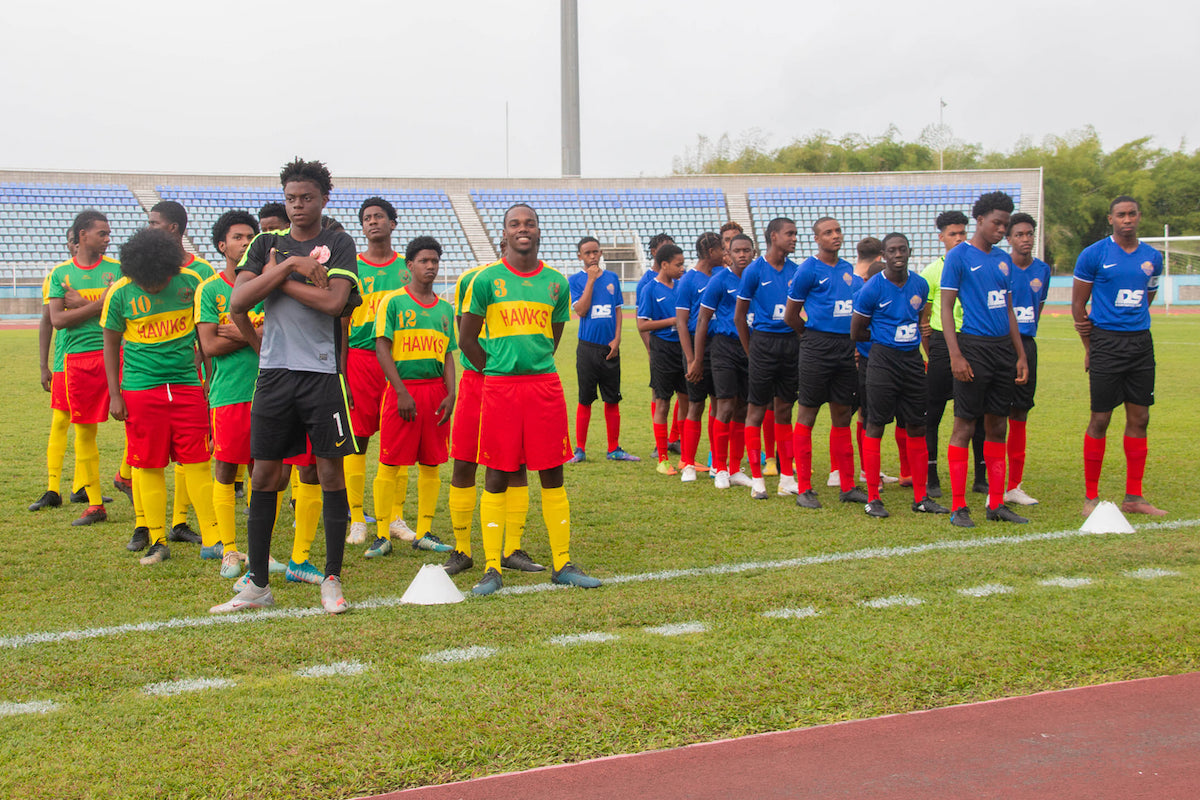 MATCH DAY Four of the Next Level Consulting Limited (NLCL) Under-19 Community Cup concluded on Thursday evening as the competing teams ushered in the new year in entertaining, goal-scoring fashion. The round was highlighted by Group A leaders and defending champions, Soccer Made Simple, who hammered their east-based rivals, Trendsetter Hawks, 6-1 at the Eddie Hart Ground in Tacarigua.

Commonly knows as SMS, the champions continued their strong start to the campaign, now winning three games from four – the only points dropped were in a 0-0 draw against Malabar Young Stars, who are both unbeaten so far in Group A.

Jusiah Issac scored the lone item for the Hawks as they slumped to their third defeat of the tournament.

After the game, Young boldly stated that his team’s target is to defend their title, especially since they know that other teams are yearning to dethrone them.

Elsewhere, at the St George’s Ground in Barataria, World Class Soccer Clinic bounced back from their 4-1 loss against SMS on Tuesday to maul TT Maestros 5-2. The other Group A game between hosts Santa Cruz United and Malabar Young Stars was abandoned due to inadequate ground preparation. As a result, Malabar were awarded a 3-0 win as well as three points by default.

In Group B, frontrunners W Connection had to dig deep to claim three points away from home against Gasparillo Youths at Lumsden Recreation Ground. Connection won 2-1 to ensure their stay at top of the group.

In the battle of South-based teams, Moruga FC and Point Fortin Youth Football Academy played to a thrilling 3-3 draw at the Yolande Pompey Recreation Ground in Princes Town while Made In La Brea drew 0-0 for the third time this season, this time against Cunupia FC.

SMS lead Group A with 10 points as World Class Soccer Clinic are on nine points in second place. Malabar Young Stars sit in third with eight points, TT Maestros are fourth with six points, Trendsetter Hawks have one point in fifth place and Santa Cruz United have yet to earn a point as they remain planted at the bottom of the group.

The Tobago leg of the NLCL Under-19 Community Cup will begin with a double-header at the Cyd Gray Regional Complex on Sunday 8 as champions, Eagles Football Club, seek to kickstart their title defence with a meeting against Roxborough Lakers at 1.30 pm. Following that fixture, Georgia Football Club will face Ball Blasters Football Academy at 3.30 pm.

The top three teams from Group A and Group B, along with the top two teams from Tobago's Group C, will advance to the quarterfinals.