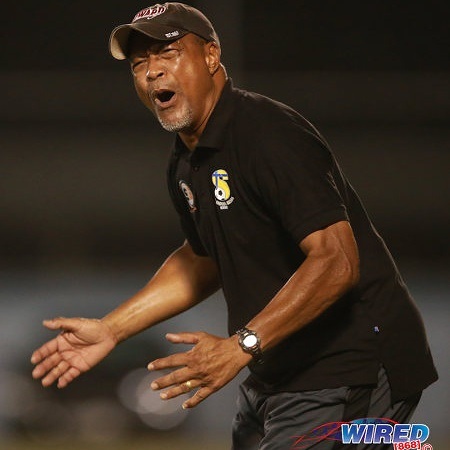 Keith Look Loy, coach of FC Santa Rosa, was in a furious mood as the match officials (referee and assistants) failed to turn up to yesterday’s TT Super League encounter between Siparia Spurs and FC Santa Rosa at the Palo Seco Recreation Ground.

Look Loy was recently under fire for comments he allegedly made towards referee Cecile Hinds during a league game against Guaya United, as well as officials in the sister isle Tobago.

But he claims yesterday’s action may be a sign that the officials, and the Trinidad and Tobago Football Referees Association by extension, will not compromise in this matter.

An irate Look Loy, who is also the president of the TT Super League, said in a telephone interview, “With the Tobago referees I gave them their apologies. They have said they would continue refereeing.

“There (were) five other matches scheduled (including Tobago). Three of them in Trinidad have referees and they proceeded. One match, in Palo Seco, the referees (did) not turn up. I was advised, unofficially, that the referees committee of the TTFA (TT Football Association) have decided that they would not be appointing referees to any match that FC Santa Rosa is involved in. No reason given.”

Look Loy pointed out, “(I) have been saying for years that there is a problem with the standard of refereeing. Because I have been consistent in saying that, they want to turn their guns on me and the way they choose to apply pressure on me is to say they’re not refereeing ‘Look Loy’ games.”

Look Loy also slammed the TTFA for their silence on this issue.

“We paid the referees to provide a service,” he said. “They’re not doing us a favour. They’re choosing not to provide the service.”