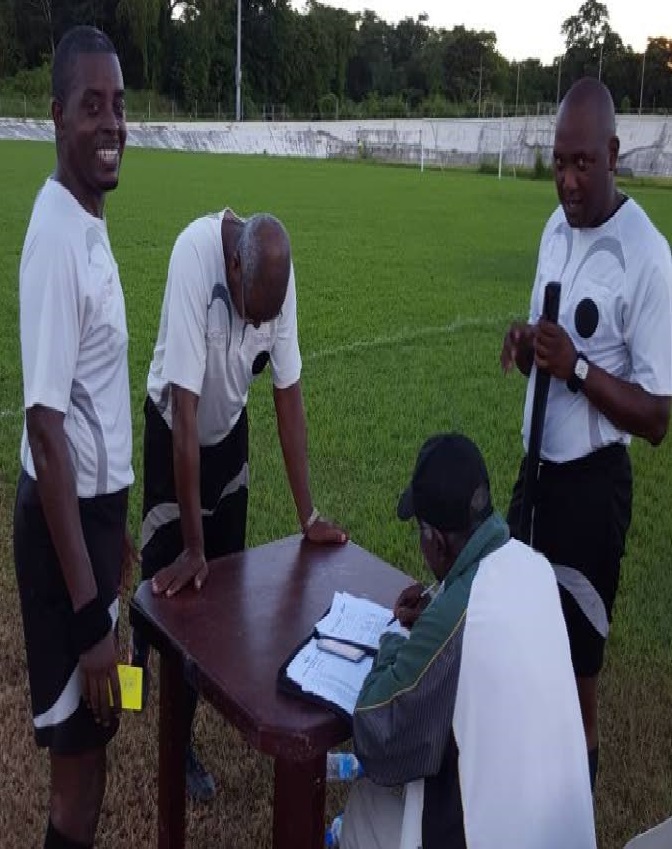 The TT&T Football Referees Association (TTFRA) recently decided not to appoint any of their referees to games involving Santa Rosa FC due to the behaviour of their head coach and his assistant.

As far as the TTFRA was concerned, the abusive and insulting attitude to the match officials during the match vs Guaya Utd simply went too far and they demanded action be taken.

They also insisted that the Head coach (Keith Look Loy) apologise and remove a Facebook post where the club allegedly questioned the integrity of Tobago referees.

Both Santa Rosa officials were reported by the referee to the relevant authorities i.e. T&T Football Association (TTFA), TTFRA and the T&T Super League (TTSL).

Meanwhile, the headcoach apologised and removed the Facebook post, however, the TTRFA felt that the incident was being swept under the carpet by the TTSL.

The disciplinary committee of the TTSL then met and suspended both coaches for a match and issued a $1,000 fine to each party.

This decision did not sit well with the TTFRA because the boycott of games continued.

I’d like to make it clear that no referee leaves their home to service football and expects to be verbally abused, and that behaviour is wholly unacceptable and has no place in football. However, the TTFRA cannot determine if a fine is too severe or the punishment is not satisfactory.

The referees did their job and reported the indiscretion of the club officials.

The buck stops there. Perhaps, if they do not agree with the punishment, that should have been taken up in another forum, not by stopping the football.

The TTFRA decided that they were going to flex their muscles and show the TTSL that no games can play without match officials. Immediately, they were being accused of holding the TTSL to ransom. Referees worldwide are now being put under tremendous pressure with the advent of television cameras and every decision is replayed and slowed down so it can be analysed.

We have it right here now with the Secondary Schools Football League (SSFL) and the live games on Sportsmax/CNC3.

We also see managers in the English Premier league often complaining about the officials and when they step out of line, they are dealt with by the league and the matter is closed.

Therefore it is such a pity that this situation went back and forth for weeks and the governing body for the sport, the TTFA, made no efforts until now to step in to mediate the problem, because it was obvious there was one. Words were exchanged for almost three weeks with no solution to the matter. The Santa Rosa officials are questioning the standard of refereeing in the country which in response, the TTFRA is acknowledging the need for support. But the important question remains – whose decision is it to support the development of referees in T&T? It falls at the feet of the TTFA.

Referees in T&T have complained for years about late payments not from the TTSL, but from the TTFA.

We expect professionalism, but referees go without being paid for months, sometimes years! I also understand that they are owed wages from a particular league (run by a promoter) since 2016.

Their travel allowance policy is also in the dark ages. But when a referee makes a mistake, they suddenly become public enemy #1.

I myself am not a Saint as when I coached Carib FC in the East Zone, I was dismissed from the technical area by a referee as I felt he was totally incompetent. But at the end of the day, we need to all work together to help improve, so that our football will improve.

The TTFRA needs support as if they don’t have access to what they need to train their referees, and have them protected from all external agents (fans included), these problems will continue.

Meanwhile, it is extremely heartening to see so many young referees in the Pro League, TTSL and SSFL, but if they are not guided properly and assisted at a young age, they may not last.

Being a match official requires both physical and mental strength and the TTFRA must have the resources to push its young referees to reach the FIFA level.

Come on for the good of the game, let’s all put our heads together and move the game forward as if we say we are true administrators and here to serve the game, then prove it; because at the moment, a lot of those that call themselves administrators simply seek self-promotion.