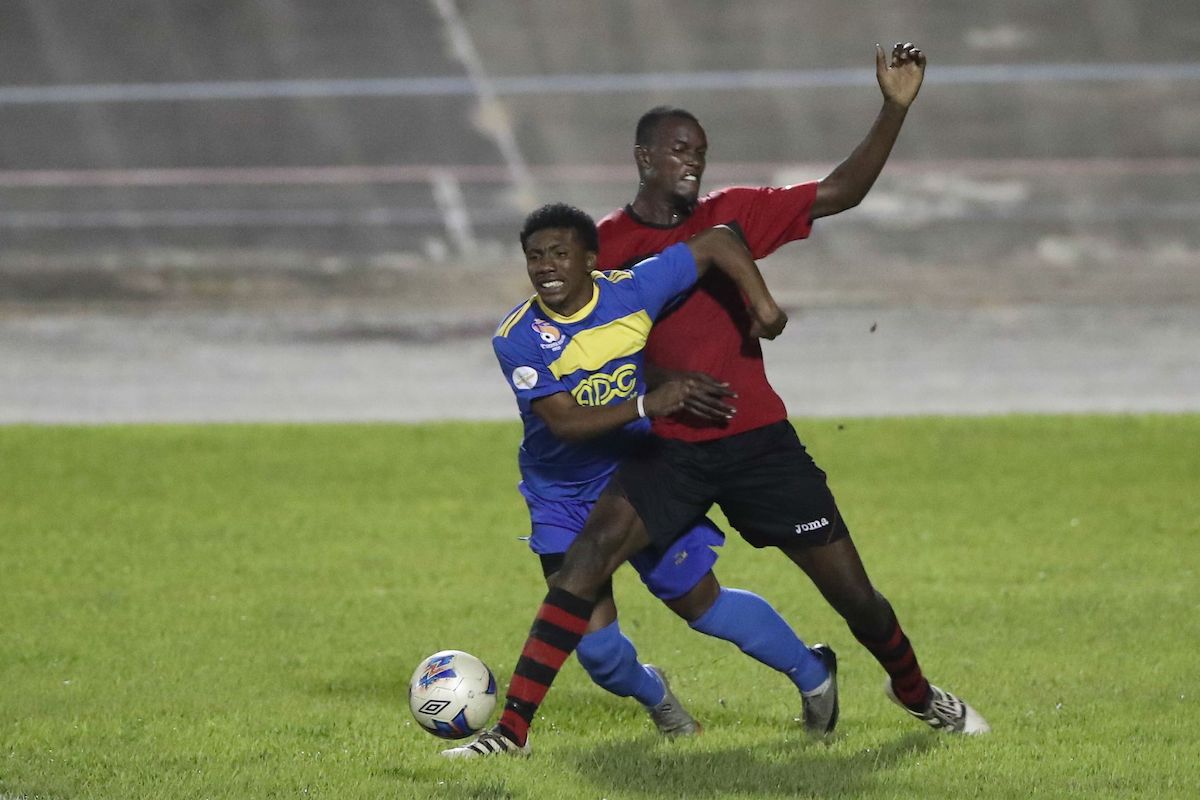 'We are not go­ing to take any team for grant­ed. We are 90 min­utes away from win­ning a ti­tle, the guys are aware of this and they are ready for the chal­lenge," said Derek King, the FC San­ta Rosa coach, ahead of its cru­cial clash with Cunu­pia FC in the T&T Su­per League from 3:30pm on De­cem­ber 2 at the Lar­ry Gomes Sta­di­um in Mal­abar, Ari­ma.

King, a res­i­dent of Ari­ma who rep­re­sent­ed Ari­ma North at the Sec­ondary Schools Foot­ball League (SS­FL) be­fore mov­ing on to rep­re­sent the coun­try at dif­fer­ent lev­els, has been im­press­ing up­on his play­ers of the need to not lose a ti­tle on the fi­nal game of the sea­son, as the team did last sea­son.

FC San­ta Rosa which is nick­named "The Big Can­nons" are on 60 points, three ahead of its clos­est ri­val Queen's Park Crick­et Club, which faces sec­ond from bot­tom Club San­do Cul­tur­al Roots in its last match.

King sees this as cer­tain three points for the Parkites, which means his team must at least draw against Cunu­pia FC to cap­ture the ti­tle.

The math­e­mat­ics though is that if the Big Can­nons are beat­en and the Parkites win by five clear goals, QPCC can wres­tle the ti­tle from San­ta Rosa, in spite of lead­ing the stand­ings for the past months.

King's main con­cern is the vul­ner­a­bil­i­ty of his de­fence too soft goals, a con­cern that was ev­i­dent in the team 4-1 vic­to­ry over San Fer­nan­do Gi­ants on Fri­day past. "We have a very lethal of­fence from some qual­i­ty play­ers which al­ways en­sure our goals, but we some­how we al­ways con­cede soft goals which we are work­ing hard to plug."

He be­lieves Cunu­pia will at­tempt to re­strict his team's at­tack­ing move, come De­cem­ber 2. The last time the teams met at the Ari­ma Velo­drome, the teams shared the points from a 1-1 stale­mate. But Cunu­pia, con­sid­ered one of the bet­ter teams in the league this year by King, can­not af­ford such a re­sult, as it will lit­er­al­ly hand the Big Can­nons the sil­ver­ware.

The Cen­tral team is fifth on the stand­ings with 44 points but will have a point to prove with a vic­to­ry which will al­so take them to fourth.

King told Guardian Me­dia Sports he wants to say a big thank you to all who sup­port­ed his team this sea­son by win­ning the tro­phy.

King: We want to win title for Arima.
By Andrew Gioannetti (Guardian).

FC SANTA ROSA head coach Derek King has urged his players to do everything within them to bring glory back to Arima and its surrounding districts when they face Cunupia FC today in the final match of the TT Super League season.

FC Santa Rosa require only a draw at the Larry Gomes Stadium, Arima, in order to secure their second league title in three seasons.

A loss for FC Santa Rosa, however, could mean a dramatic turn of events, which could allow for Queen’s Park to win the league on goal difference if they win their match, as expected, at home to a second-from-bottom Club Sando.

All seven matches are scheduled for a 3.30 pm kick-off.

King, in an interview with Newsday yesterday, said he described the variables to the players and assured them that a loss today could result in a repeat of a disappointing end to last season when the “Big Cannons” were prevented from winning the league after losing 1-0 to UTT on the final match day.

“They are really excited,” King said.

“And, as I told them, to lead the table from day one and then to lose the league in the last game won’t be a good feeling. Last year they experienced that, so I think the guys matured.”

He said community support and sponsorship have been the backbone of FC Santa Rosa and deserve recognition for their support. According to King, some of the supporters even made it to Tobago to support the team in their away matches.

“I think most of all, the players want to do something for Arima because what we did this year is really bring back out the crowd in football. If you watch the support we have in the Arima base, it’s one of the best in the country. I think we owe them that.

King, a former senior national team defender and Under-20 team head coach, however, said their opponents today must be respected.

“I saw them (Cunupia FC) play. They have a solid team. They have the top goal-scorer in the league (Kevon Woodley), who has experience playing at the Pro League level. So, it’s somebody we have to pay close attention to. I think Cunupia is one of the better teams in the Super League. Yes, it will be tough but the guys are eager. They know the task at hand.”

FC Santa Rosa have a three-point and a one goal advantage over Queen’s Park heading into today’s grand finale.

According to league regulations, all matches must kick off at the same time (3.30 pm) and there will be no “grace period”.

Sunday Fixtures
*All matches kick off at 3.30 pm