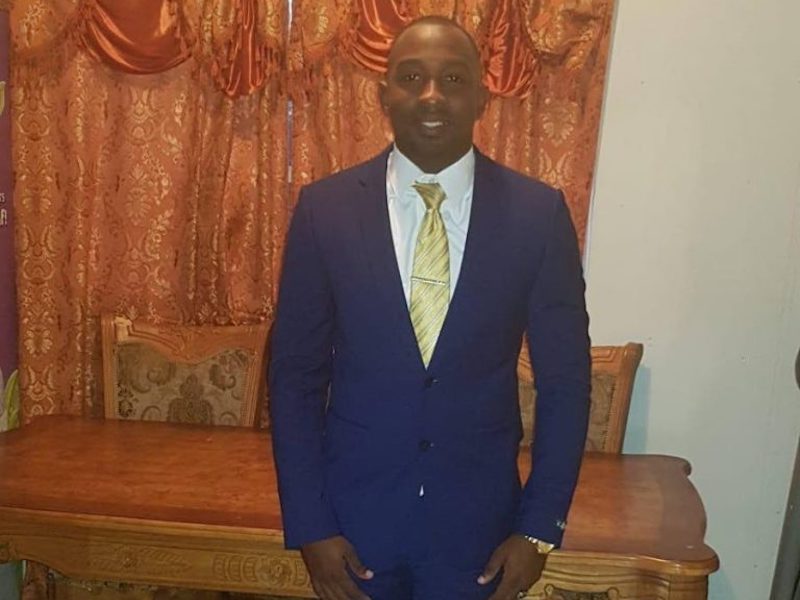 CHUVALOS George is taking things off the field of play. The 30-year-old footballer from Diego Martin has kick-started his political career and will run for councillor of Morne Coco Road, Alyce Glenn, in the local government elections, on December 2. His desire is to give back to his community.

George has been playing football for over 15 years and is currently the captain of Petit Valley/Diego Martin United. He played with local clubs such as Trendsetter Hawks, San Juan Jabloteh and with secondary school teams Tranquillity Government Secondary School and St Anthony’s College. He also played in the US, on a scholarship, while attending Concordia College in Alabama.

Asked what he loves most about the sport, he said, “I think it’s the thrill and the excitement, the passion, the experience you have when you’re running on that feel. You feel like you could do anything.

“At the end of the day, it’s all about love and the togetherness it brings. Football to me is life.”

His interest in politics began when he worked with senator and former social development minister Dr Glenn Ramadharsingh at the Ministry of Social Development in 2013.

“While working there, I was responsible for ensuring people would have gotten serviced properly. The main focus was customer service. “

He said a lot of young people in his community look up to him and often voice their complaints to him and seek advice.

“People would come to me with their plight, speaking about basic needs that aren’t being met, not being able to see the councillor and things like that.”

Some common complaints include lack of bridges, quality of roads, drains not being cleaned and basketball courts not having proper lighting and other issues with sporting facilities.

He said a court in the area had one working light for approximately four years until he decided to do something about it.

“There are two major basketball courts in my district. Both were dilapidated, one of them was partially fixed by people in the community.

“I was the one who ensured the other court had lights. I bought all the materials and an electrician in the community offered his services to change the light and capacitors for free.”

George has also greatly assisted with sport development in the area. In August, he held a youth sports camp called TEMPO (Transforming, Empowering, Promoting Opportunities). He said it was successful as the feedback was great.

After seeing what he had been doing to assist the community, some suggested he run as councillor for local government elections on December 2.

He said he feels confident and believes he can “bring home a victory.”

“They said, ‘Throw your hat in the ring. We’ll come out to support you.’

“I made the decision that if I ever got involved in politics, I would do it with a party that would allow me the flexibility to serve the people, which is the UNC (United National Congress).”

“I feel hopeful and I think the youth want to make a statement . They want proper representation by people who they could meet, who they would see, know their needs, understand their plight first and and willing to get the job done.”