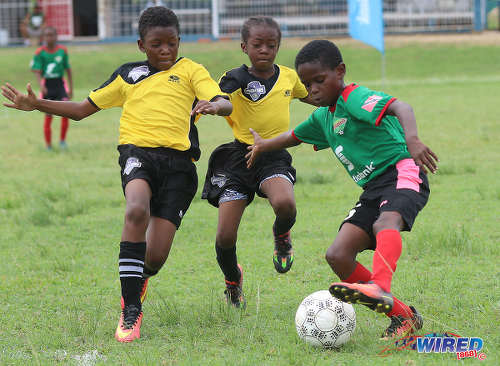 San Juan Jabloteh stayed on course for a fourth straight crown in both the Under-16 and Under-18 Divisions of the Flow Youth Pro League after narrow wins over long-time rivals W Connection at the Ato Boldon Stadium, Couva on Sunday.

In the Under-16 encounter, Jerry Morris fired Jabloteh into a sixth minute lead, but Nicholas Dyett replied for W Connection in the 21st to leave both teams at 1-1 at the interval.

In the second-half, Jabloteh managed to get the decisive strike from Jean-Marc Williams in the 62nd minute to carry his club to 16 points from six matches, six ahead of W Connection and Police FC.

Club Sando is second with 14 points after a 2-0 defeat of Defence Force with goals from Ephraim Brown (62nd) and Menes Jahra (79th) at Mannie Ramjohn Stadium, Marabella.

The win lifted Jabloteh Under-18s to 13 points after five matches, two more than Point Fortin Civic while W Connection is fifth with six points and a match in hand, the same as Defence Force.

However, in the Under-14 Division, W Connection (14 points) enjoys a slim one point advantage over Jabloteh and Police FC after a 4-4 draw in their top of the table clash.

Police blanked St Ann’s Rangers 4-0 led by a hat-trick from Caleb Boyce while Caledonia AIA, fourth with 12 points crushed North East Stars 1-0 thanks to a handful of goals from Abdul-Quddoos Hypolite.