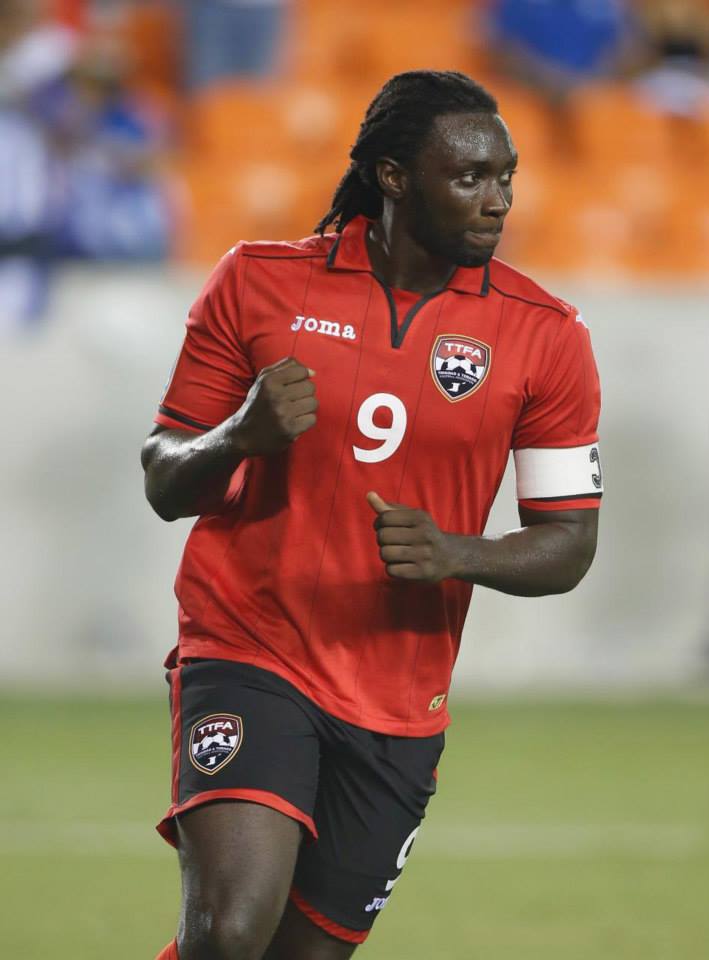 In a poll conducted by SocaWarriors.net, striker Kenwyne Jones has been voted the Most Valuable Soca Warrior in the recently concluded 2013 CONCACAF Gold Cup.

The Stoke City front man was the clear favorite among the fans and garnered a resounding 42% of the votes.  With two goals and an assist in the tournament, Jones was the most productive outfield player for the Warriors.

He chipped in defensively when necessary and skippered the Warriors when team captain Densill Theobald was relegated to the bench for T&T’s last two games of the tournament. In his first Gold Cup match as captain, Jones led team T&T to its first Gold Cup victory in 13 years, with a convincing 2-0 victory against Honduras. He was also the only outfield player to start every game and play the most minutes for T&T.

In second place there was a tie between Notts County FC midfielder Andre Boucaud and W Connection FC defender Daneil Cyrus; each of whom received 10% of the votes. Both players made their Gold Cup debut and captured the attention of the fans with remarkable performances in the regional tournament.

Boucaud replaced Densill Theobald and proved to be the missing link in T&T’s midfield following its 2-0 loss to Haiti. His partnership with the talented Khaleem Hyland showed great promise in the Honduras victory and his tenacity in retaining the ball and willingness to shoot from distance, was a welcome sight to behold. Against CONCACAF giant Mexico, Boucaud had another fine performance, and could have even put T&T ahead with a venomous strike at the top of the box. His effort was however denied by Mexico’s goalkeeper Jonathan Orozco, who pulled off a stunning save.

Daneil Cyrus on the other hand made a cameo appearance in the dying minutes of the 2-2 draw against El Savador. Nevertheless, his Gold Cup exploits began when he started in place of injured right-back Justin Hoyte for T&T’s game against Honduras. Like Boucaud, Cyrus started in T&T’s last two Gold Cup matches and stepped up to the challenge.  He even appeared to be more impactful than his injured teammate who plies his trade at Middlesbrough FC. His marauding runs on the right flank, coupled with his swashbuckling style of defending made it apparent to all the fans that this young central defender by trade has the necessary prowess and versatility to make the right-back position his own. Only time will tell.

Coming in at a close fourth in poll was St Ann’s Rangers goalkeeper and former T&T senior men’s team captain Jan Michael Williams. Williams produced a series of stellar performances at the Gold Cup, most notably in the games against El Salvador and Mexico. His outstanding save in the dying minutes of the El Salvador match was number one on Fox Soccer Channel’s “Saves of the Week” and his heroics against Mexico saved the day numerous times, up until El Tri took the lead in the 84th minute. Williams featured between the sticks in all of T&T’s 2013 Gold Cup matches and led with charisma from the back.  He also kept the goals conceded by T&T in the tournament respectable and was the first goalkeeper to receive a clean sheet at the Gold Cup.