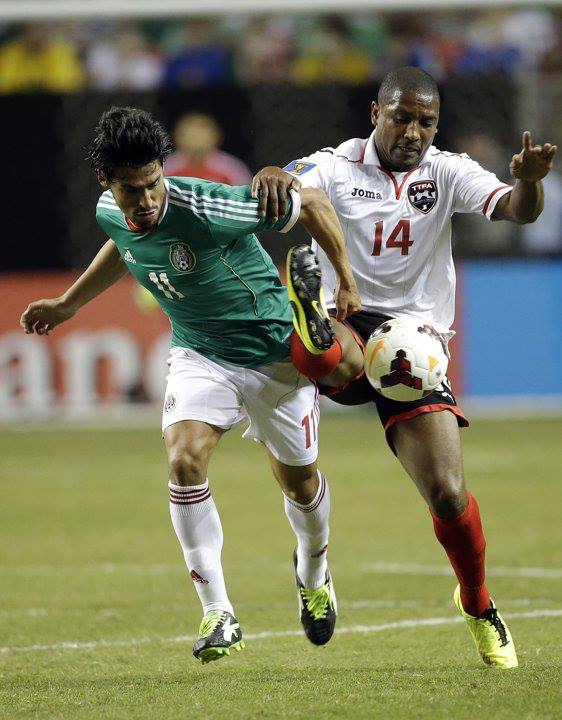 He still shakes his head anytime he thinks about a lay off of nine years between his debut for T&T in 2004 and his return this year but Notts County midfielder, Andre Boucaud, seems to be enjoying some of the best moments of his international career under Stephen Hart.

Boucaud, wearing the number 14 shirt, has been solid in the middle of the part for T&T dating back to the Concacaf Gold Cup in July and his goal against Saudi Arabia at the OSN Cup was a fitting end to T&T’s 3-1 victory. Now he has two wins over Jamaica added to his playing record.

“When the final whistle blew in the game against Jamaica (Friday), I was so relieved and so delighted. The match was very tough for us,” said Boucaud. “And I’m happy to be part of the T&T set up again. It’s not always smooth sailing but we’ve had some good moments and we continue to work hard and do the right things.

“Sometimes I think back about that nine-year gap there is since I played in 2004 and then never got a recall until 2011 when I still did not get a game and then to get called in 2013. I was beginning to believe it was over but I kept the faith and I kept on believing.

I hope I can continue making a contribution because I think the team is heading in the right direction and the coach has been doing a great job trying to get us playing as a team in the manner in which we should be,” Boucaud said.

“Hopefully everyone involved including the Association and the Government can keep on heading in the right direction with the team and that some new partners can join the journey.”