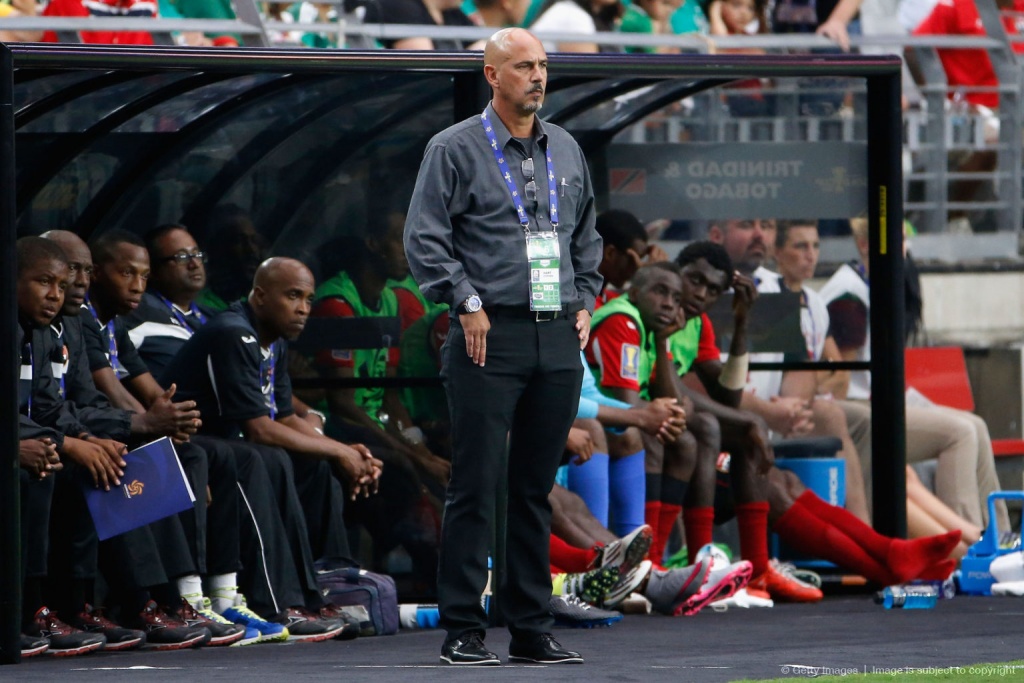 Canadian supporters will never forget said fixture or, for that matter, forgive Hart — something Canada’s ex-coach came to terms with moments after the lopsided loss that ended Canada’s 2014 World Cup hopes.

From his home in Halifax, N.S., 56-year-old Hart is doing the same. With two matches remaining, Canada’s former bench boss has tiny Trinidad and Tobago a draw away from securing passage to the final round of CONCACAF World Cup qualifying.

The Group C leaders are preparing to host Guatemala in Port of Spain before wrapping up Round 4 with a difficult qualifier in the United States. For most, Hart’s Soca Warriors would appear to be in good shape.

“Well, yeah, I thought that last time, too,” Hart told the Toronto Sun, his matter-of-fact manner evident over the phone. “I’m not singing any praises yet. We haven’t achieved anything.”

He’s selling himself short, of course. Hart wouldn’t refer to it as personal redemption, but guiding an embattled Caribbean nation in the wake of a debilitating FIFA scandal has been nothing short of remarkable.

Since 2013, T&T has advanced further than Canada at every Gold Cup and currently leads the U.S. in Group C World Cup qualifying. It has undoubtedly helped Hart move on from his time with the Canadian Soccer Association.

“You go into it with a fresh start,” Hart said of joining the T&T, where he was capped seven times as a player. “I’ve said it before, everything with Canada comes down to me being judged on one game.

“I got tremendous support in terms of coaches from all over the world at the international level, who wrote me and told me to get on with it. Really and truly, that’s what I did. I just got on with the new challenge. I’m honoured to coach Trinidad and Tobago.”

Without provocation, Hart wished Canada “all the best” as it prepares to face Honduras away on Sept. 2. He has been following his former team’s progress — and head coach Benito Floro’s lineup choices — from the start of qualifying.

Like everyone else, he’s waiting to see if the Canadians can exorcise the demons they took with them from San Pedro Sula back then. The result still haunts players currently on the team.

“Every situation is different. This is a different generation of Canadian players,” Hart said. “They have a good balance and mix. The situation is probably better in the sense that you go into Honduras but you still have El Salvador at home.

“You play them in Vancouver on the turf, which is probably better suited for Canada. Everything is still in Canada’s hands. Honduras has been sputtering. They’ve been giving up goals in almost every game.

“The solid defending they had four years ago ... that generation is out or on the way out. I think it’s a good time to play them.”

Honduras, of course, will like its chances just the same after watching Mexico toy with Canada last month. For nations not named the U.S. and Mexico, it’s about surviving and advancing at this stage.

“I think it’s very difficult to get to the hex,” Hart echoed Floro’s sentiments. “But once you get there, you have three-and-a-half (World Cup) spots to play for. The hex is where the meat-and-potatoes of the process is. But getting to the hex, there are so many things that can go wrong.

“The way it’s spread out, you might be in a good moment, but then you have to wait six months to play. Anything can happen in that time period — injuries, form. You’re starting over. I think getting to the hex is very difficult.”

Hart has been on the brink of reaching CONCACAF’S final stage before. Now he’s facing a similar fate if the Soca Warriors don’t hold their nerve at home.

“We’re a close-knit unit,” Hart said of T&T. “We have some very talented players at good, important positions on the field. We’ve been fairly focused in our task.

“(My players) are aware of the situation. The Trinidadian mentality is to play in a free way and to entertain. But we know what our situation is and what the priorities are. Hopefully we can be at our best during the home game against Guatemala.”

*Top two from each group after six games advance to final round.
*Bold denotes team has secured place in final round.