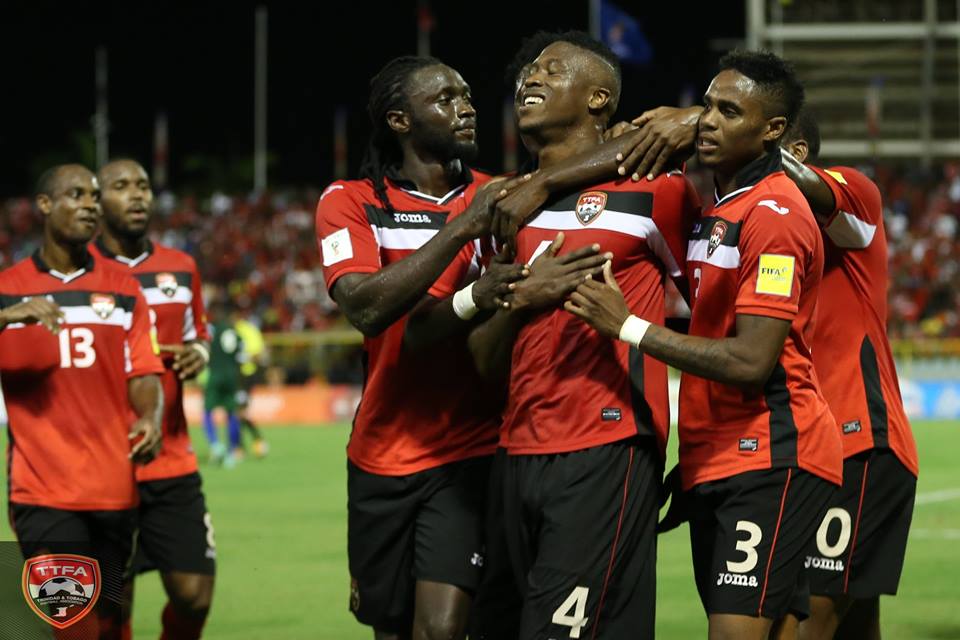 Trinidad and Tobago’s Senior Men’s team players are gearing up for a hectic international schedule coming later in May as they return to the stage of representing their country in three International Friendlies beginning on May 23rd away to Peru in Lima.

T&T will resume its World Cup qualifying bid against Guatemala on September 2nd at the Hasely Crawford Stadium where a point will secure its passage to the CONCACAF Final Round of qualifying. But there is a lengthy period leading up to that including a FIFA International break and the staging of the Copa America Centenario in June. T&T’s 1-0 defeat to Haiti in January saw the “Soca Warriors” missing out on the opportunity to gather much needed international engagements against top quality opposition at the tournament which will be played in the United States.

But with the Copa doors closed, the Trinidad and Tobago Football Association commenced the search for an international line up of matches to ensure the team will be active during the period. And the schedule now sees three international fixtures with the Peru encounter to be followed by matches against Uruguay in Montevideo on May 27th and away to China on June 3rd.

T&T head coach Stephen Hart will announce his final squad for the encounters later in May but some of the players are already looking ahead to the upcoming calendar with a great deal of anticipation.

Russian-based defender Sheldon Bateau who opened the scoring in the recent 6-0 victory over St Vincent and the Grenadines, believes the matches will do his team a great deal of good.

“I think this is an excellent opportunity for us to see where we are at in terms of playing against good quality teams and not just regular teams but those that are normally seen as better than us,” Bateau told TTFA Media.

“ These games would help us to keep that excellent run of form going into the two remaining qualifying games which are not going to be easy. But we have shown that we’re now a force to be reckoned with and now it is just for us to take it one game at a time and continue to grow and gain some more experience as a team and as individuals,” he added.

“The games are all away and we know that once we get into the final round, these qualifying games on the road are going to be extremely difficult but once you can take your mind off the conditions that go with the games then anything is possible and if we can steal points away from home it will certainly boost our chances. So this is good preparation for us going into environments like Uruguay and Peru and even China where the are very passionate about the game,” added the ex-Under 20 captain.

Costa Rican-based defender Aubrey David is experiencing the feel of playing in what will definitely be challenging environments for T&T once both countries (including Costa Rica) advance to the “Hex”. David is a member of one of the top clubs in the country, Deportivo Saprissa and on the eve of preparing for a big “Clasico” clash with Alajuelense, he spoke about T&T’s upcoming schedule.

“These are very good games for us at this stage in the campaign,” David told TTFA Media following a visit to the T&T Futsal team training camp in Costa Rica on Friday.

“Our confidence is high at the moment but we know the job is far from over. We know Peru, Uruguay and China have quality players and some that are world class as well. I know our squad is very focused at the moment on the task at hand for the national team even while we are away with our respective clubs. And of course it’s always a joy when we can reunite for international games so I know the guys are all looking forward to games coming up.

“Every week I get a taste of the conditions here in Costa Rica and when the national team is playing here it can be very tough for the opposition. I can experience it every week but for some of the other guys it can be a bit of a test so in that way I think these games against Uruguay and Peru will be ideal for our mental state,” David added.

Orlando City midfielder Kevin Molino is also knocking his boots in anticipation of the games.

“I think it’s a quality line up for the team. I know how disappointed everyone felt when we didn’t make it to the Copa America but now these games are similar and maybe just as good for us. Uruguay are one of the best teams in the world at the moment and as players you live for the kind of matches. And the two other games will be good test for us as well. I’ve always said once we can keep getting quality games, then the standard and the quality of play from this team will always keep improving and it’s important we keep this momentum for the remainder of the World Cup qualifying campaign,” Molino stated.