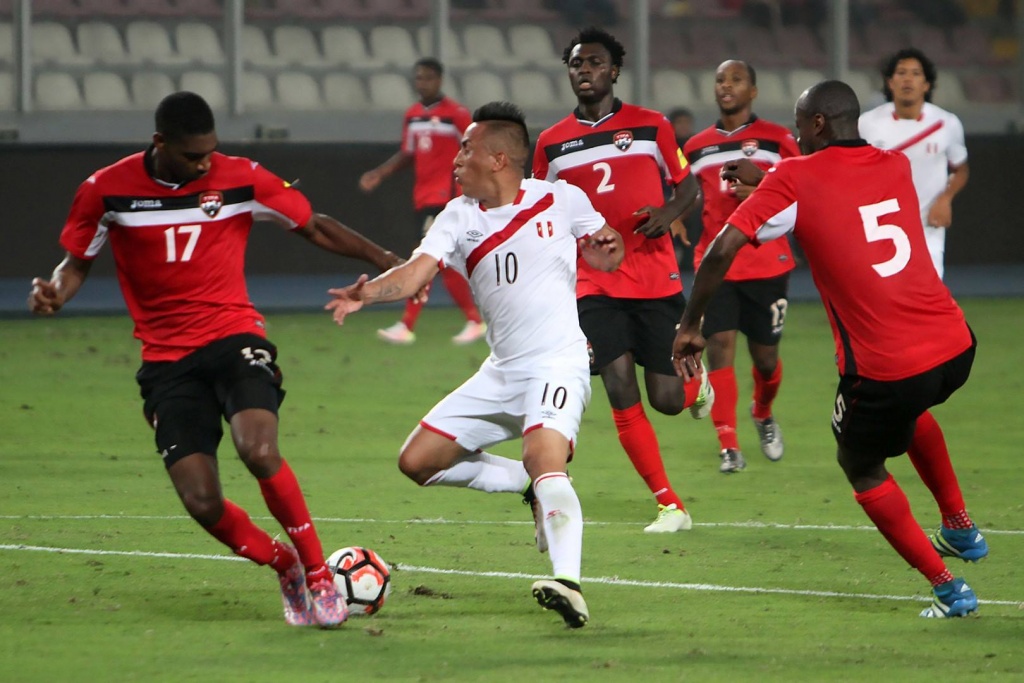 Trinidad and Tobago’s Senior Men’s Team will square off with Uruguay from 7:10pm TT time on Friday night in their second international friendly of the three-game international schedule in Montevideo.

The “Soca Warriors” will be looking to improve on their 4-0 defeat to Peru on Monday as they continue their build up towards remaining CONCACAF semi-final round fixtures while Uruguay are preparing for the Copa America Centenario. Uruguay opens their Copa account against Mexico on June 5th.

T&T will be without the services of Radanfah Abu Bakr who was red carded against Peru as well as Yohance Marshall and Nathan Lewis, still nursing hamstring strains, Hughtun Hector, heel contusion and Daneil Cyrus who suffered a groin strain in Monday’s encounter.

“We know we have to regroup for this encounter,” head coach Hart told TTFA Media on Thursday.

“We accept the challenge before us and we will focus on our improving on our performance. Unfortunately we have been hit with several injuries which we need to cope with,” Hart added.

T&T captain Khaleem Hyland was equally concerned but hopeful of a better showing from the team.

“It is disappointing coming off the loss against Peru.We learnt a lot from it. We gave them a lot of room to play which we shouldn’t have. We know the quality Uruguay has, even without Suarez, they have a lot of good players in their team,” Hyland said.

“The mood in the camp is still good. Everyone is trying to push each other and make each other better. There are a lot of young players who do not have much experience. But we, the senior players are trying to encourage them. We have been in this situation before so it’s a process. You don’t get much opportunity to play teams of this quality so we need to maximize it.

“I think it’s great for us to play these games. Unfortunately we didn’t have the full squad to be more competitive. But so it has been done. These three games are great for us to give other players an opportunity so that the coaches can see what they have and for them to have better selection options for the games against the United States and Guatemala,” Hyland added.

Barcelona star Luis Suarez is reported to be missing the encounter due to a hamstring injury but they are likely to have the likes of Paris Saint Germain forward Edinson Cavani, Middlesbrough forward Cristhian Stuani, hull City forward Abel Hernandez and experienced Independiente midfielder Cristian Rodriguez. Athletico Bilbao duo Diego Godin and Jose Giminez will also miss out with the UEFA Champions League final scheduled for tomorrow May 28th.