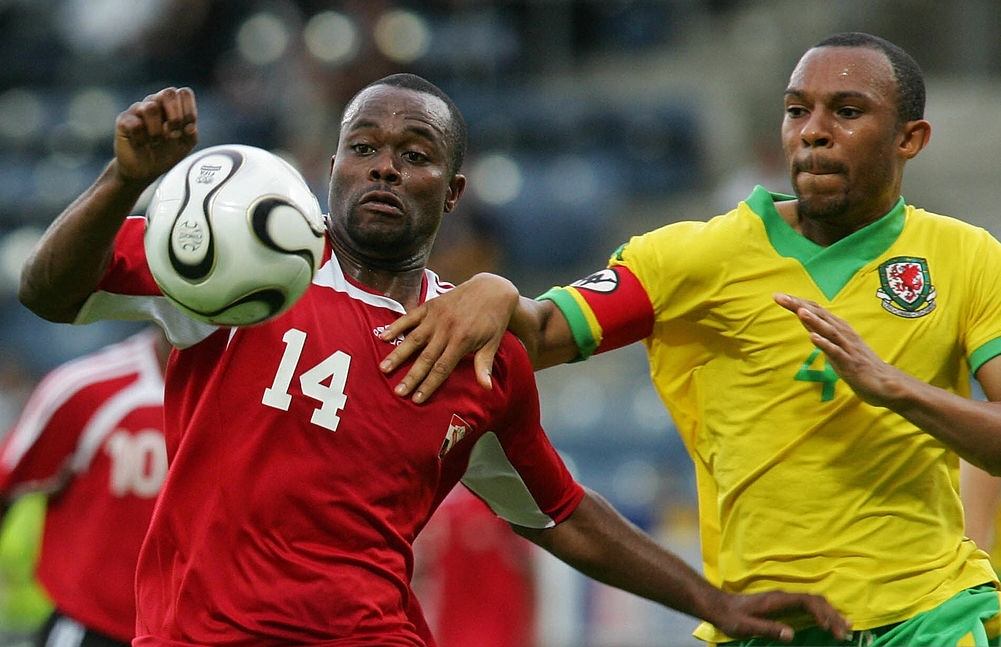 With the days counting down to the September 2nd CONCACAF World Cup qualifier between Trinidad and Tobago and Guatemala at the Hasely Crawford Stadium, ex-national striker Stern John is throwing  his full suport behind the “Warriors” and backing them to get the desired result.

“I think the team has to continue playing the way they have been. The last couple of matches we saw them really gelling and playing well together as a team and I think once they do that then we can get a fantastic result against Guatemala,” John told TTFA Media.

“I think after the World Cup in 2006, we raised the bar and then went back down a bit but I think over the last couple of years the football has changed a lot and the team has been doing really well. I think coach Hart has been doing a fantastic job with the players we have.

“We have to gel a bit more, play a bit more football but we are putting down the ball and you can see the guys are gelling.

Definitely I still get goosebumps (for a game like this) and sometimes you wish you can still be playing but you can’t,” John added.

The former Birmingham City and Sunderland striker, says the time has come for T&T to make the Hasely Crawford Stadium its fortress for competitive games of this nature.

“I think the guys will be up for it. It will be massive game for us. We are on top of the table but I think the time has come for us to make our home a fortress for any teams that are coming to Trinidad, we need to show them that we cannot be beaten at home,” John stated.

John notched a late double to push T&T to a come from behind 3-2 win over Guatemala in 2005 in a match where T&T needed a win to keep its Germany 2006 qualifying hopes alive. Russell Latapy made a return in that match and scored the opening goal for T&T. John went on to score three goals in T&T’s remaining games to qualify for the World Cup Finals.

“It was a memorable game for me and the entire nation. We left it late but Guatemala made it difficult for us which means they will not come here and lie down. We have to be clinical and not make any unnecessary errors and take our chances on goal when they come I think it’s going to be a competitive match but I’, expecting our boys to come out on top and go through to the hex which is where anything can happen. Once we are in the final round, our chances of qualifying for Russia are good as any,” John concluded.

T&T head coach Stephen Hart will announce is squad for the encounter against Guatemala on Thursday. The team will go into a live in training inside the final week before the match which kicks off at 7:06pm. Tickets for the match are currently available at Lotto Locations nationwide.