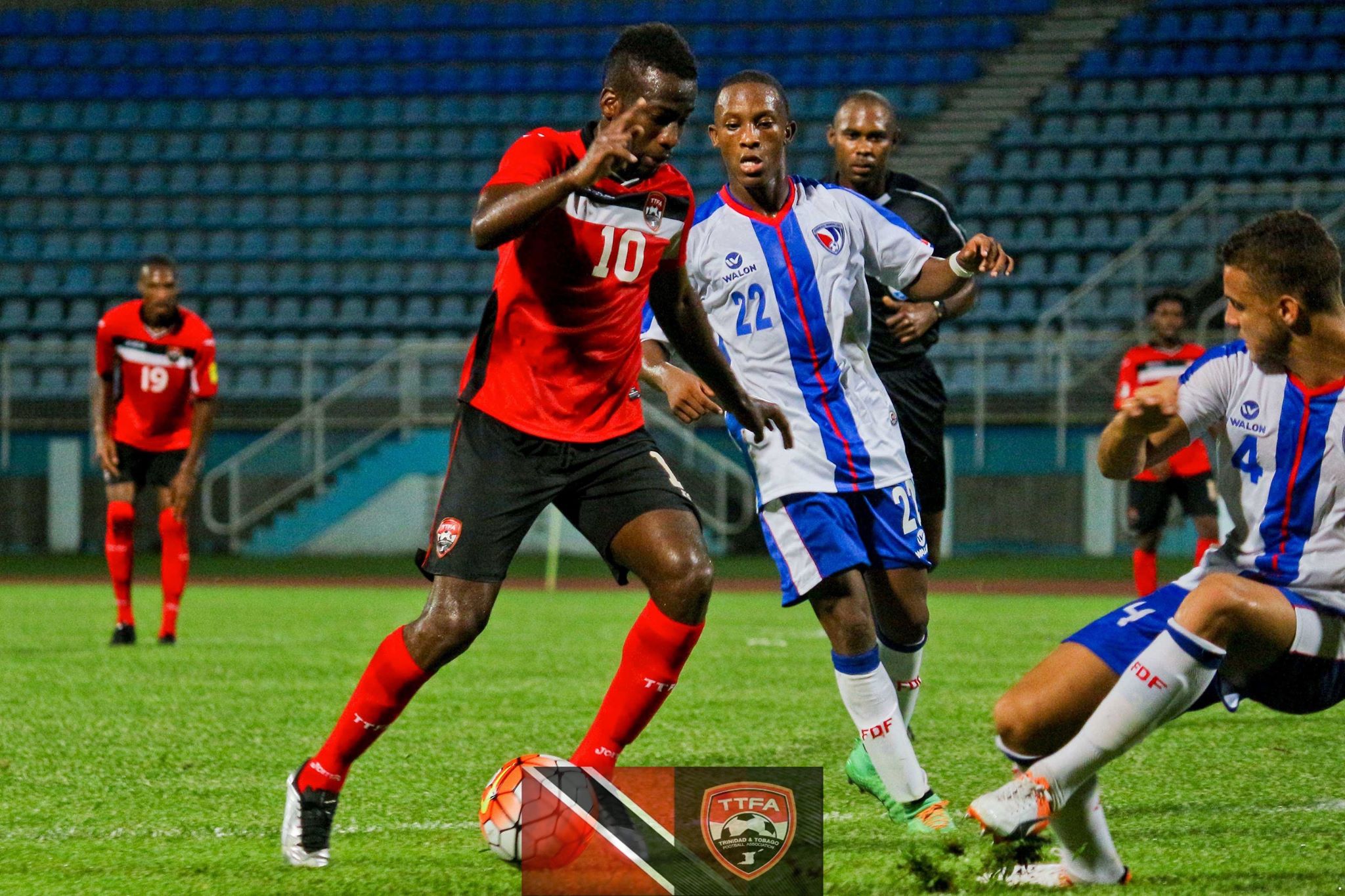 After enjoying the better of the early exchanges, T&T took the lead in the 16th minute through Molino who volleyed home on his left foot from less than five yards out. The move followed a Radanfah Abu Bakr header back across the goal from a corner taken by the left footed Joevin Jones on the right side.

Two minutes later, Molino made it 2-0 with another close range finish, this time with a header off an assist by captain Kenwyne Jones, following a neat and skillful build-up down the right side by Cordell Cato and Daneil Cyrus.

Cato made it 3-0 on the half-hour mark, when after a long clearance from goalkeeper Jan-Michael Williams, who was making his first start since March, Kenwyne Jones flicked on the ball which caught goalkeeper Miguel Lloyd and his defence in two minds, and allowed the T&T winger an easy finish.

On the resumption, the sparse crowd of about 1,500 spectators that journeyed to the venue, would have expected T&T to double its tally, however the Soca Warriors only second-half success came in the 52nd minute when Molino completed his hat-trick, his second against the same opponents in as many outings.

This time, the USA-based T&T player was on spot for an easy tap in after an unmarked Kenwyne Jones saw his header from substitute Levi Garcia’s left sided centre, partially blocked by Lloyd.

In the end it was a well deserved win for coach Stephen Hart’s men who never got out of second gear against the Dominican Republic who return home to face Martinique on Sunday at the Estadio Panamericano, San Cristobal.

T&T will conclude group play away to Martinique on Tuesday at the end of which only the group winner will advance to the Caribbean Football Union Cup’s four-team final and also secure one of five CFU spots to next year’s CONCACAF Gold Cup.