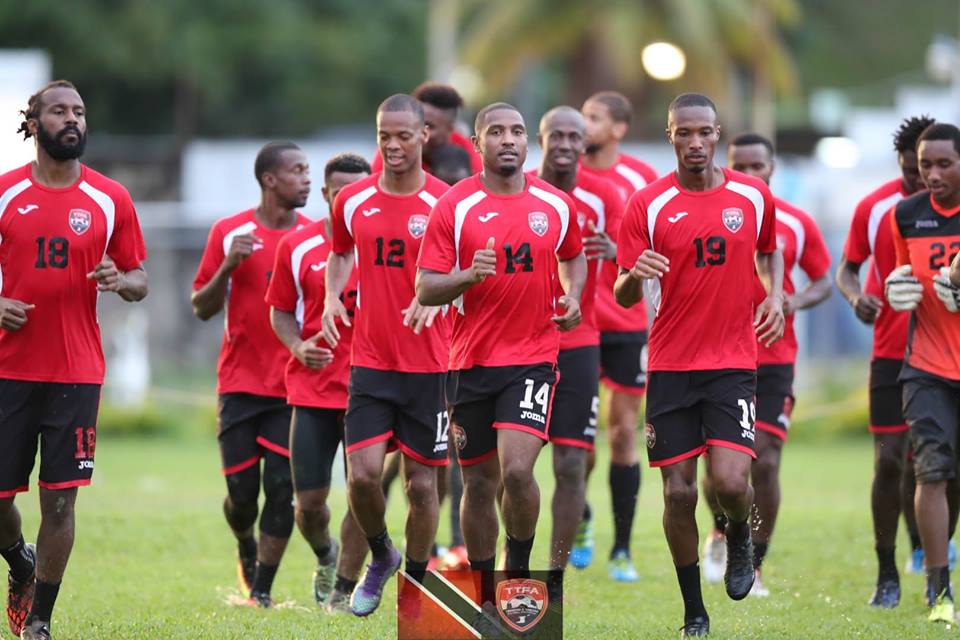 TRINIDAD AND Tobago football team coach Stephen Hart and captain Kenwyne Jones have both issued rallying calls to the local fans to turnout in their numbers today, at the Hasely Crawford Stadium in Mucurapo, for the squad’s FIFA World Cup CONCACAF Zone Final Round Qualifier against Costa Rica. The game will kick off at 7 pm.

“They should push us and constantly let us know that they’ve paid their hard-earned money and they expect certain things from us,” he continued. “I see nothing wrong with that. That’s what football is all about.” Jones, the 32-yearold Central FC forward, commented, “I think it’s very important.

All over the world you can see what the crowd support can do for the home team, especially when you’re in difficult situations.

It helps motivate you, it helps give you that extra push to be able to either get on top of teams or whatever situation (in) the game.

We’re hoping that the stadium is (filled to) capacity and the fans are rooting for the home team.” The buildup to the game, at least from the TT perspective, revolved around two midfielders, Kevin Molino and the English- born John Bostock.

Molino was suspended by Hart for today’s game, as well as Tuesday’s match away to Honduras, for a pair of team curfew breaches, while Bostock, a day after receiving clearance from FIFA to make his international debut for the twin-island republic, announced his unavailability for the forthcoming games due to personal reasons.

“I can’t worry about who is not here,” said Hart. “I have 23 players in camp, all of who are capable, all who are fighting for a spot in the (team). That’s my main focus.” Notable names on the Costa Rica team are goalkeeper Keylor Navas of Real Madrid, left-back Bryan Oviedo of Everton, midfielder Bryan Ruiz of Sporting Lisbon and forward Joel Campbell, on loan from Arsenal to Sporting Lisbon.

About the Costa Rica outfit, Hart noted, “they have good balance and what we have to do is to be not afraid to play when we are in possession. We will need to try and disrupt the way they play as much as possible and make them uncomfortable.” Another major talking point regarding the TT team is the defending - in 11 international matches this year, the national squad has conceded 24 goals while netting 20.

Asked about the defensive woes lately, Hart replied, “we’ve always been addressing it. Defending is about the team; one or two players might be placed in uncomfortable situations or they might make a mistake, but defending is about the team, everybody’s responsibility. When the ball is lost, to get it back. If we do that, then (we) don’t concede usually unless it’s a penalty or something that’s not in your control.” Jones has been on the mend from a leg injury sustained during the 2-0 loss away to Martinique, in the CONCACAF Gold Cup qualifier, on October 11. But the muscular striker noted, “I think I’m very far (in terms of fitness). If I wasn’t progressing with my injury I don’t think I would have been here.

I’ve been working hard in the last 2-3 weeks to make it to this point.” Constantly the target by fans for his inconsistent returns - he has a total of 23 goals from 82 internationals, Jones commented, “what else can you do but just saddle on and keep playing.

“At the end of the day, as much as the crowd might be up in (anger) about something, as the coach said the game is 90 minutes and I have a job to do for the team, whether it might be attempting to score, assisting, defending, whatever the case is,” he added. “So, for the 90 minutes or however long that I’m on, I’m going to make sure that I try my best to do my job.” In related news, the TT Football Association (TT FA), in a media release yesterday, noted that two popular regional artistes will be performing at today’s match - veteran soca star and multiple Road March and Soca Monarch king Super Blue (Austin Lyons) and Jamaican dancehall ace Mavado (David Brooks).