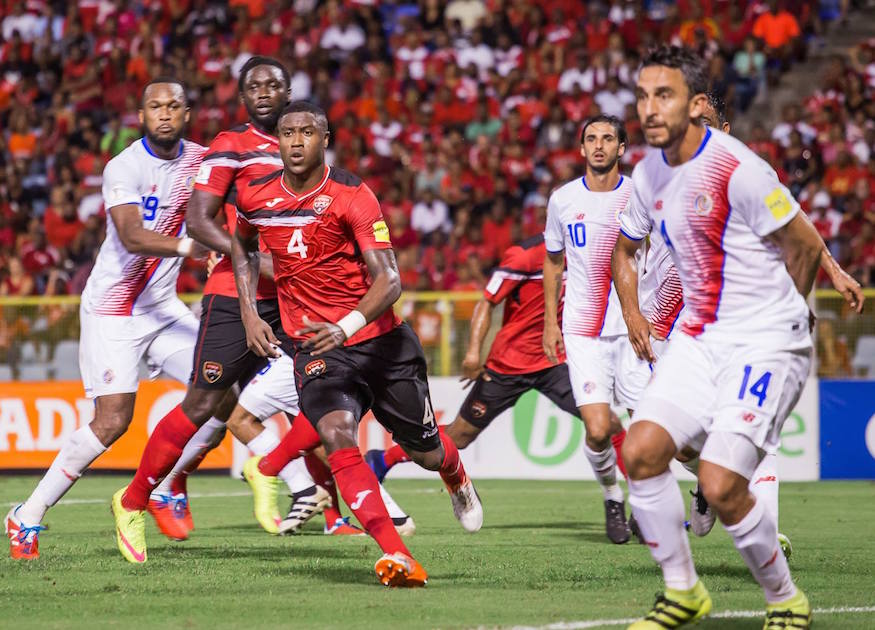 Like every follower and fan of the Trinidad and Tobago Senior Men’s team, Russian-based defender Sheldon Bateau is waiting with bated breath on the announcement of who will be the new man in charge of the Senior Men’a team ahead of upcoming international fixtures.

Bateau has been a starter in defence for T&T for seven of its eight 2018 World Cup qualifying matches, missing out only on the away loss to United States in September due to a double yellow card suspension.

And while the news of Stephen Hart’s exit as head coach has been the main topic in recent days,Bateau said the time is approaching for the team’s mission of qualification to be the main focal point again.

“It will be very important as of the next game, be it a friendly game or qualifications for Gold Cup to start thinking about our main business and about Panama and Mexico,”Bateau told TTFA Media on Saturday.

“We still have a big chance to move higher in the group and the next set of games will make it easier or harder for us to continue this campaign with that possibility of qualification.

” I’m not worried because I know what we’re capable of but I think we just need to refocus and distance ourselves from the drama and noise currently taking place because regardless of what’s going on now or what was in the past nothing matters more than the next two games.

“At the end of the day the fans want results, so for players it’s also difficult but this is what we live for and why we play the beautiful game of football.”

Bateau paid his tribute to Hart for his contribution dating back to 2013, but according to the former Jabloteh defender, the team must move on and look ahead to embracing the new man in charge and continuing the qualification quest under his guidance.

“As a professional footballer the sacking of a coach or the transfer of a player is a normal thing. Whether they’re gone for a good or bad reason the job for the remaining players remains the same and this situation is no different for me. But of course he will be missed not only by me but the entire team. He restored a great amount of belief within the the team and country to an extent and that’s something no one can take away from him. But like I said the job for the players remains the same and that’s getting to Russia,” Bateau continued.

And like his peers, the former National Under 20 captain is anxiously awaiting the announcement of the new boss.

“I have a career outside of national football so that’s where my focus is for now but of course I’m very interested in knowing who the next coach will be but it’s out of my control so I’ll leave it for the TTFA to decide and not spend too much time and energy on it. I definitely know it’s not going to be an easy decision at this stage in the campaign but myself and the team like to focus on the things we can control and from here on that will be our performances and preparations as individuals,” Bateau said.