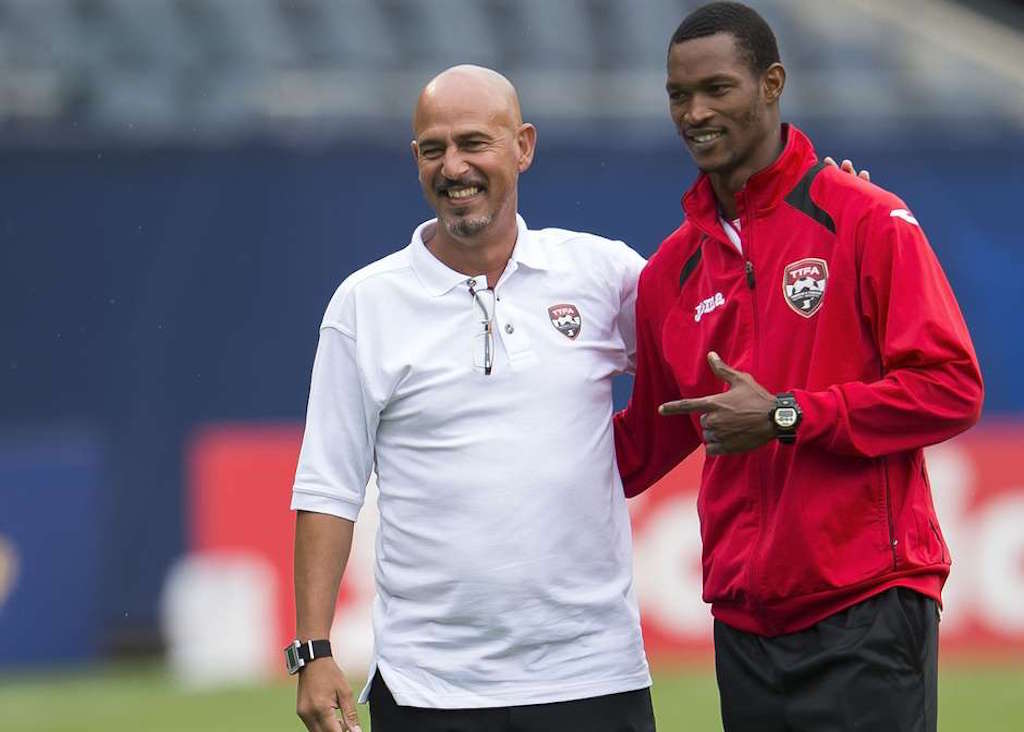 Former national football coach Stephen Hart told the Trinidad Guardian that said one of his biggest regrets with the Soca Warriors was not getting the opportunity to complete the job he started.

Hart in a question and answer segment recently, shared some of the experiences that prevented him from doing better with the team in the Final Round of the Fifa World Cup Qualifiers, as well as experiences he enjoyed. He was sacked two weeks ago by the TTFA after his team was beaten by Costa Rica 2-0 in their opening match of the Hexagonal at the Hasely Crawford Stadium in Mucurapo, and later lost 3-1 to Honduras in San Pedro Sula.

The Soca Warriors are vying for one of three automatic place for Russia 2018 World Cup in the Concacaf Final Qualifying Round along with the Mexico, Costa Rica, USA, Honduras and Panama. The next round of matches in the Group is in march 2017.

Do you have any regrets since taking charge of the team?

I regret I was not allowed to finish what my staff and myself started and built.

Did you believe that you had the full support of the TTFA?

Full support is difficult to define, we had many challenging situations over the last three years and what was/is required remain as obstacles. As an example the looming uncertainty of my staff positions, after they worked so hard to protect and keep the team united under many trying circumstances, created a stressful environment for all involved. So the answer is no.

Were you totally satisfied with your staff....Hutson Charles..Derek King and Michael Maurice?

Very satisfied with all my staff, else I would not have kept them. All were totally committed very professional and were willing to speak their mind if they disagreed with me. I cannot thank them enough.

What will you do differently if given a second opportunity to coach the team?

Not much to be honest. Football is about players and moments. When players are in good form and playing at their best the team demonstrates wonderful moments of football. All teams and players have challenging moments that must be overcome.

The Hex for example is not a Tournament of two/three weeks, so rhythm is not possible, you have to endure the poor moments and hope you find a balance. The simple introduction of two, or three players can turn things around quickly.

Are you interested in coaching any other national team?

Coaching has been my life for over 28 years. It has come to define me. So the answer is Yes!

How talented is the squad you selected?...Could this team really survived the Hex?

This is a fantastic bunch of players, maybe a little more experience is needed, but they certainly have the ability to give the Hex a good run.

Just look at their performances at the Gold Cup against the same opponents in the Hex, by March the squad could see the return and introduction of players who could add an attacking dynamic, it would have been interesting.

The Hex is about being among the best four in the Confederation, T&T are the only Caribbean team remaining and I believe should the team remain healthy and stay away from suspensions it is possible.

What’s next move for Coach Hart?

I have not given it much thought. Would love to work at a club where day in, day out football is a reality. I have ideas for football that are difficult to implement at the International level, so it would be an interesting prospect. I also love youth football, so working in a proper Academy setting would be a nice challenge.

Television commentary/analysis is also something that I have done in the past and would be interested in pursuing. After all coaching on TV you are never wrong hahahahah.

How has coaching the national team changed you?

Change me? It was a goal/dream to coach my country so a dream fulfilled. However, I look at it as incomplete fulfilment. Coaching T&T has many challenges and my time was filled with so many obstacles that the task required flexibility beyond the imagination of many coaches. It is nothing like coaching USA, Mexico, or Costa Rica where the complete detailed professional environment is catered for. My staff kept me balanced and focused on the task without allowing the frustrations to cloud judgement, so it made me stronger mentally.

On a scale from 1 to 10 how do measure coaching the Soca Warriors to you other coaching jobs?

Scale of what? I would say it was a beautiful time on the field working with players that were so different in their footballing DNA. Some had experiences in truly professional environments, while others never really had that experience. I always work with compassion for those involved, trying to assist them to achieve their goals, but always with the understanding that the national team was the priority and representing the Flag, a responsibility.