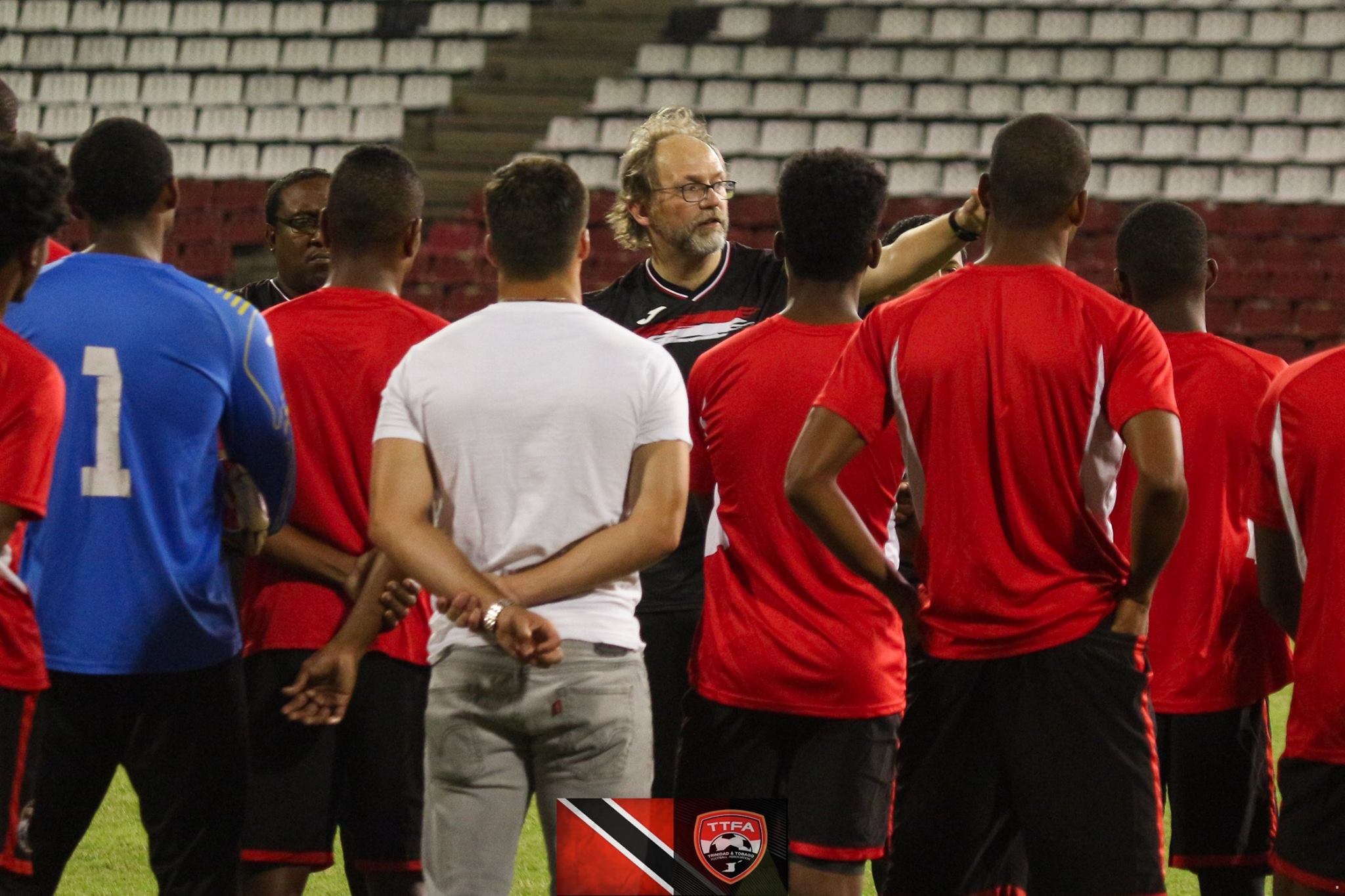 MIDFIELDER Sean De Silva is set for a two week long layoff, after allegedly sustaining a groin injury during a national team training session at the Manny Ramjohn Stadium, Marabella.

De Silva’s Central FC teammates - goalkeeper Jan-Michael Williams and midfielder Nathaniel Garcia, may be denied selection from the national team for next week’s international friendlies away to Nicaragua (on December 27 and 30). Central FC’s owner Brent Sancho, last Friday, revealed that he was told in no uncertain terms from Trinidad and Tobago team coach Tom Saintfiet that the trio had to participate in the training camp in order to merit selection.

Sancho fumed that the players were being forced to skip club duties for a camp, and matches, that do not fall on FIFA match dates.

The former T&T defender and Minister of Sport, in a telephone interview yesterday, stated that the trio were involved in a national team training session yesterday morning at Marabella.

“They trained Saturday, Sunday and Monday,” said Sancho. “My players were told that they have to go and train. Apparently they were told that if they play in the game (today for Central FC against Morvant Caledonia United), they’ll be dropped from the squad.”

Asked if Saintfiet’s directive will be strictly for the Central FC trio or the other Pro League players involved in the TT team training, Sancho replied, “it’s left to be seen what is the mandate for the other players. But he told the Central FC players that if they play, that they’ll be dropped from the squad.”

Sancho continued, “as I said earlier, no coach should be saying these kinds of things to their players. This is a man that’s trying to hold a training camp and (the games) are outside of FIFA dates. I’m absolutely flabbergasted that he’s carrying on in such a manner.

“We’ve tried to contact the management team but they’ve never returned my calls, never answered my calls. So it’s either their way or the highway.” There are Pro League matches today and Friday, and Sancho insists that he will like to have his players, particularly Williams and Garcia, available for domestic matches this week.

“Central’s position remains (the same),” stressed Sancho. “We have injuries, we have suspensions (to deal with). All we’re asking, and I’ll go back to the original letter we sent on Tuesday asking for some level of discussion where the coach can have an understanding of our position. We have allowed them to train Saturday and Sunday, and even (yesterday), the day before the game.

“We’re not acting in bad faith at all,” Sancho added.

“We’ve shown that we’ve acted in very good faith. But it’s the coach, and the Association, have given no response to say ‘look we understand your situation’.

You really have to question what is their motive. Is it really to select the best team to go to Nicaragua or is it to prove some sort of point that is not there? I don’t understand, I really am baffled. This is the first time, since the club is existing, that we’ve ran into this kind of situation.”

Manager Azaad Khan, commenting on the situation yesterday, remarked: “Remember at the end of the day the coach is in charge.” He added: “Talk to him (Saintfiet) and hear what he says.”

Efforts to reach Saintfiet up to press time proved futile as the TTFA press officer indicated he was resting.