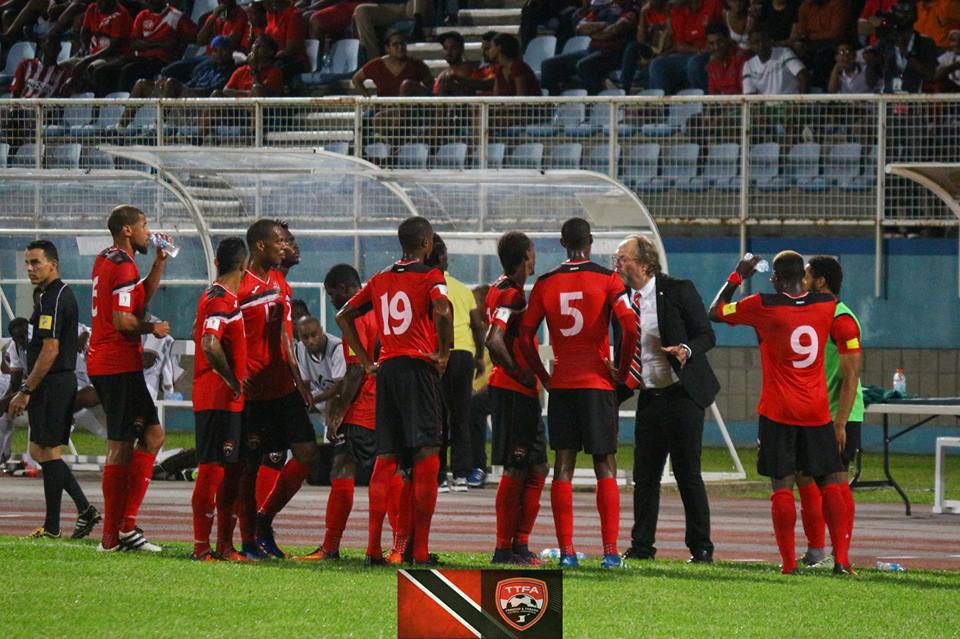 There will be much discussion surrounding the selection of the team (chaotic and capricious), the match tactics (overly cautious, even cowardly) and the underwhelming team performance (lethargic and unambitious). Yes, Tyrone Charles scored a magnificent equaliser, but the team looked horrible and Suriname deserved to win. Our team belied their moniker—WARRIORS—and tamely conceded the match to an ordinary Surinamer side.

Discussion of the match and the team, however important it may be, is virtually immaterial. Whether we qualify for the 2017 Gold Cup or not, last night we witnessed yet another painful step in the disintegration of a team that qualified for the quarter-finals of the 2015 Gold Cup, and the current final round of qualifying for Russia 2018—hardly the achievements of a small team.

To put a sharp point on it, the disintegration of the Soca Warriors has run a simultaneous course with the coming to power (in October 2015), and the mismanagement of the TTFA (T&T Football Association) and our national teams by the David John-Williams administration.

Starting with the debacle of sending two women’s national teams to simultaneously and disastrously represent us in two different countries, to the humiliation of our Under-15 girls team (22:0 by USA) in CONCACAF play, through the shameful exit of our U-17 men’s team while hosting their CFU qualifying tournament, to the topsy turvy preparation of our U-20 men’s team, to the ridiculous handling of Stephen Hart’s removal and the appointment of (Tom) Sainfiet, and on to last evening’s (Wednesday) debacle, the John-Williams administration has presided over the destruction of our national teams’ programme.

The John-Williams administration is also failing miserably in its management of the Association. Internal communication is as painful as pulling teeth. Technical programmes are being operated like national security secrets. Domestic leagues are being left to their own devices and to fail without TTFA guidance and/or support.

All of this is the CONTEXT which surrounds last evening’s (Wednesday) failure. But our troubles result not only from administrative politics and issues. The players must also bear blame. Too many of them are too easily content and lack an awareness of their lifestyle and concern for truly professional standards.

Truth be told, our football is in decline. To save it we need a true football revolution at every level. Root and branch. One that is democratic and from below. From the clubs and the players and the ordinary football people. One that will propose an alternative to the absolute disaster that is the current TTFA leadership. If only we would see and act on that.