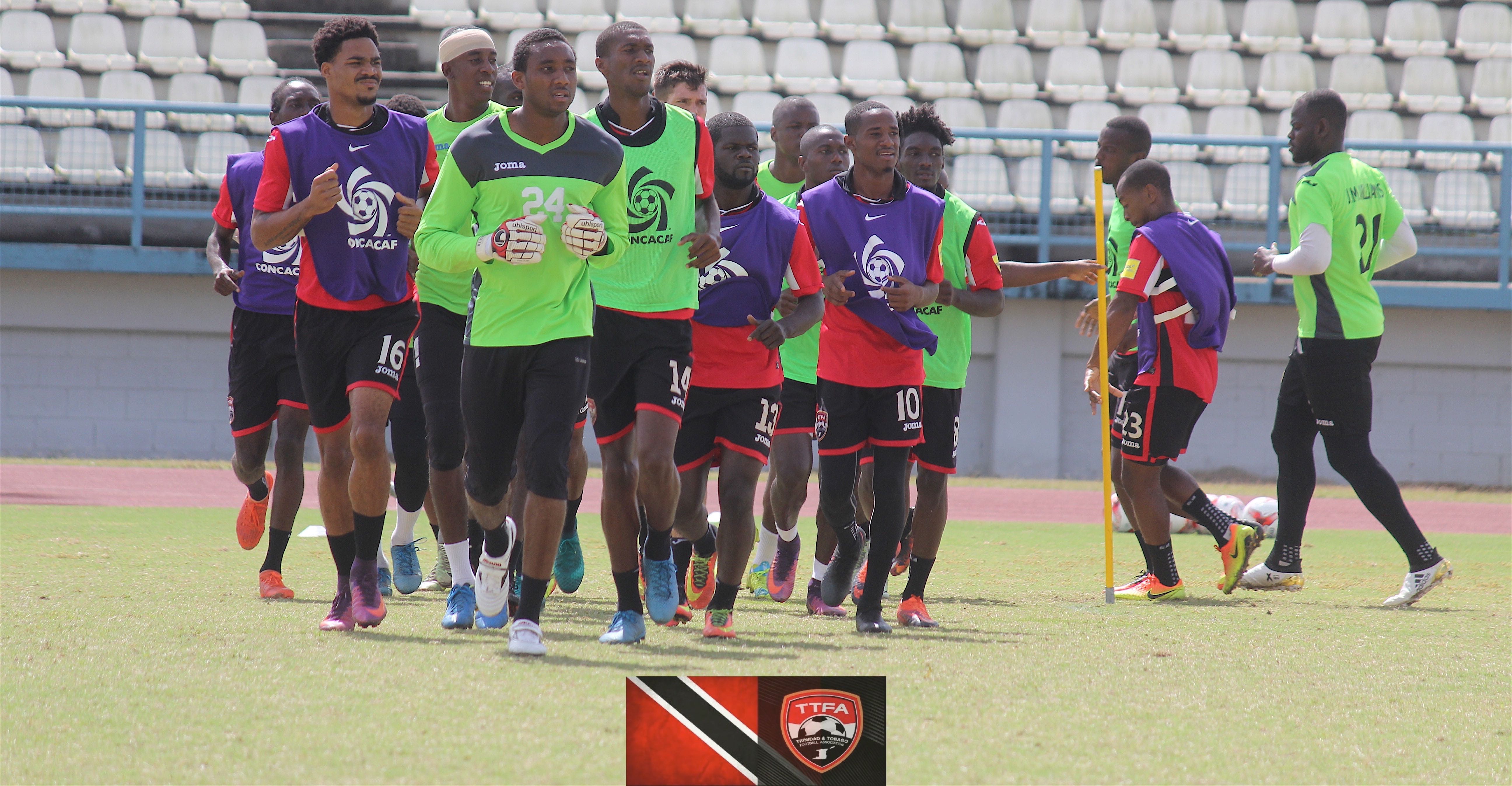 Men’s National Team goalkeeper Marvin Phillip and teammates Sean De Silva and Alvin Jones have all given a positive outlook to the first few days of the ongoing Training Camp ahead of the 2018 World Cup Qualifiers against Panama on March 24th and Mexico on March 28th.

Phillip and De Silva have 65 caps between them with the Morvant Caledonia United custodian playing 59 games and the Central FC midfielder playing six games for the national team. Jones, the younger brother of Seattle Sounders player Joevin Jones, has five international caps and is back home from a recent trial with MLS club Minnesota United

Phillip was ruled out of the recent Caribbean Cup qualifiers due to injury but is back to full fitness and has been involved in the current sessions alongside fellow goalkeepers Jan Michael Williams, Glenroy Samuel, Adrian Foncette, Andre Marchan and T&T Under 20 Montell Joseph who joined the training on Thursday along with U-20 defender Taryk Sampson.

“Things are going great thus far. Dennis is getting familiar with us since taking over, trying to instil and implement his style and the way he wants us to play,” Phillip told TTFA Media on Thursday.

“For some of us as senior players, we understood Dennis as a player when we played with him so it’s  for us to now transfer what we learned from Dennis to the younger players and give him that respect now as a coach as we look ahead to March 24th and 28th.”

Phillip spoke about the team getting the Carnival Monday and Tuesday off before resuming training on Ash Wednesday morning at Larry Gomes Stadium.

“I think it was not a bad idea. We are professionals so we definitely know what needed to be done. It was not a big issue. It actually had guys who came out to training with Dennis over the two days,” he added.

“Now we have to focus on building the team spirit and focusing on the games coming up.”

De Silva stated: “So far the training sessions have been fantastic. The intensity has been really good every day and it’s been good getting to know some of the new faces around the team and working under Dennis. Everything we do right now has been geared towards the two upcoming games. Coach Dennis has made it clear that the only thing that should be on our minds right now is that Panama game and then Mexico to follow.”

Ahead of the friendly away to Suriname on March 10th, the former National U-17 and U-20 midfielder added: “It is going to be crucial for him to have an idea of what players he sees playing in what positions or what he thinks certain players can bring to the game and how he wants to play. I think it’s a fantastic opportunity for the local players to show themselves and maybe show they deserve a chance or not.”

Connection defender Jones is back home after a trial with MLS club Minnesota United.

“I think national players should lead by example when they go back to their clubs and always be at a high level so when they are back in the national team set up, they are always ready. I think every player should always give their best when the opportunity comes.”

The team continues with sessions at Ato Boldon Stadium on Friday and return to Larry Gomes on Saturday.