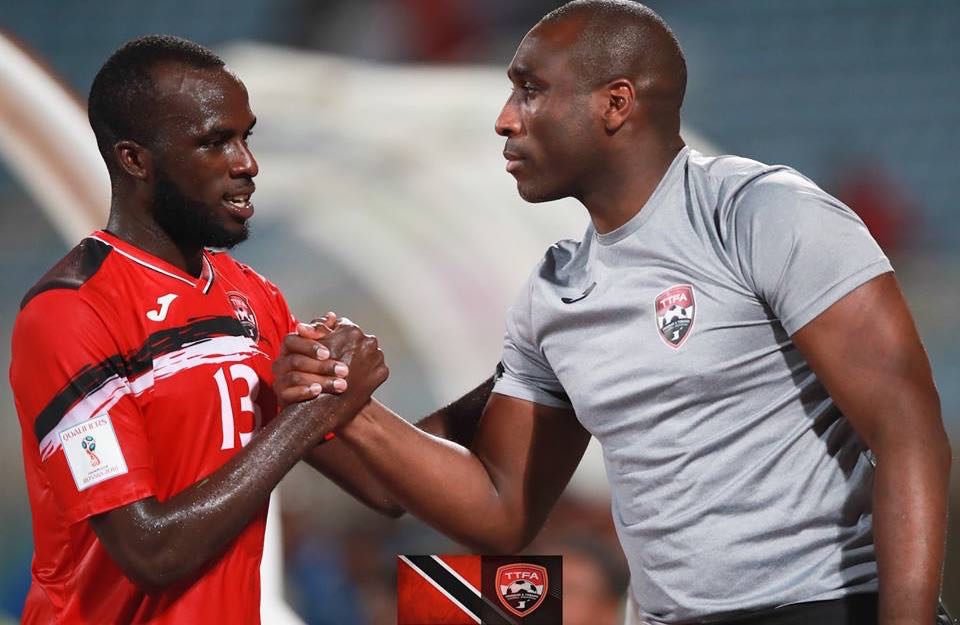 STRIKER Jamille Boatswain was delighted with his two-goal performance on Friday night, as he helped Trinidad and Tobago register a 2-0 win over Barbados in a friendly football international at the Ato Boldon Stadium, Couva.

The 23-year-old found the target in the 35th and 45th minutes, on his international debut, to virtually force his way into coach Dennis Lawrence’s selection thoughts, ahead of the forthcoming World Cup qualifiers against Panama (March 24) and Mexico (March 28).

Coming on, I was making my debut for the national team. It felt great.” His first goal came with his first attacking move, as he met a long ball from Darren Mitchell, stumbled but regained his footing to hit a powerful right footer beyond the reach of goalkeeper Dario Weir.

He commented, “I say (to myself) ‘as I get the first opportunity, I (was) going to the goal and I’m going to score.’ And that was the first option and the first thought in my mind.” Boatswain was subsequently replaced by Akeem Roach in the 62nd and Lawrence admitted that he wanted to use his three strikers in half-hour periods.

Asked if he felt he did enough to make Lawrence’s choice of strikers harder, Boatswain replied, “Yes because we get 30 minutes each and, to me, I felt I got my fair chance.

“I come and deliver, scoring my two goals and it would be a tough decision (for him) to pick the team for the qualifiers.” In January, Boatswain left Point Fortin Civic to join Defence Force, and his performances were crucial as Defence Force retained their Digicel Pro Bowl title last month.

He pointed out, “The transition is good. The players (in Defence Force) like me, I play around them, I get service to score and it’s a great feeling around the camp.” But, regarding his move from Point Fortin Civic, he said, “It was a (somewhat) challenging decision because my navel string is in Point. To (leave) Point and go Army and face (Point) in the League, it was a hard decision.

But, at the end of the day, decisions have to be made.” As far as his immediate aspirations are concerned, Boatswain said, “I (am) looking to challenge myself to at least score in every game, at least one or two. That is my challenge.

Both (for) club and country.” Reflecting on his career thus far, he said, “As a youngster I (came) under a development coach Neville Frederick. Then after I left to go the Under-18s at Point Fortin Civic. I played with South End and Caledonia (AIA).

I went to school in St Benedict’s.

That was the developing stage of my career.” He ended, “I was always a striker. That’s the position I love.”