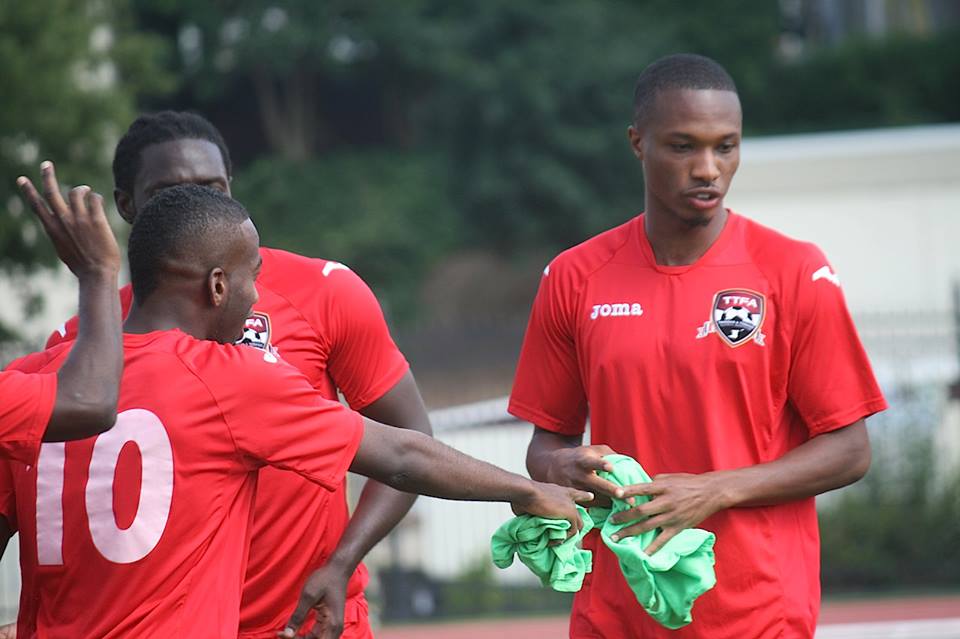 Trinidad and Tobago’s Senior Men’s Team will have a final training session on Monday evening at the Hasely Crawford Stadium ahead of Tuesday’s CONCACAF World Cup qualifier against Mexico scheduled for a 7pm kick off.

Head Coach Dennis Lawrence led his team through a recovery session on Saturday morning followed by a late afternoon session on Sunday.

The Mexican team is scheduled to arrive on a charter around 9pm on Sunday and will train at the Hasely Crawford Stadium at 7:15pm on Monday.

Meantime, reflecting on the team’s performance on Friday, goalkeeper Jan Michael Williams stated the result was reflection of the way the players were able to lift their performance from previous matches.

“First and foremost we thank God for giving us the opportunity to get things back on track. We knew Panama would be difficult because they are one of the better teams in Concacaf

“We stuck to the game plan. Fortunately for us the new coach came in and really stamped himself and his impressions on how he wanted us to play and we did our best to produce that type of performance,” Williams told TTFA Media.

The Central FC player looking ahead to the Mexico clash, added” In the recent past we had the opportunities to get the better of Mexico. Now we have a lot of confidence gained after the result against Panama. We will be going out to try and get the three points because we want to win every game no matter the opposition,” Williams added.

“It was good for me personally to get my first start for the year and I am hoping to maintain my form in the upcoming games.”

Khaleem Hyland added: “It was good the way we approached the game. We looked over a couple videos of the opponent and we were aware of their strong points. We did everything the coach wanted of us and we managed the game well also. We just have to keep going, keep focused and continue the play the football we can. Hopefully we can have a bigger crowd in the next game.”

“We have to stay disciplined like we did in the two previous games against Mexico. They know what we are capable of and we also know our weak areas which we are continuing to work on. We try our best not to give Mexico any room to play because we know they can be dangerous when that happens,” Hyland added.

Defender Daneil Cyrus said the players came together to grind out the result.

Video - Hyland, Williams and Cyrus look ahead to Mexico.

Members of the Trinidad and Tobago Senior Men’s Team led by captain Kenwyne Jones issued a peace call with a collaboration of messages coming out of the Team’s residential camp in Port of Spain on Saturday following the 1-0 victory over Panama in Friday’s 2018 World Cup Qualifier.

The idea came about on the eve of the encounter following numerous reports of criminal activities, murders and violence against women circulating in the local press over the past few weeks.

But the focus was on achieve the victory against the Panama and with that accomplished, the players were then ready to send their messages.

“Right now the crime situation is a not a pleasing one,” said Jan Michael Wiliams in a video that features messages from Jones, Kevin Molino, Khaleem Hyland, Curtis Gonzales, Mekeil Williams and Daneil Cyrus.

The following messages were voiced by the players.

“We stand against Crime! Stop the Violence Now, Respect our Women. Protect our Women, Love them and Protect them!

“Let’s come together and Protect T&T. Let us all make this place safer”

“I have a mother, I have a Wife and and also daughter. You also have a Wife, a Mother and a Sister. Let’s come together to stand against violence against our women.”

“Let us come together to make T&T a better and safer place,” were the final words spoken by Williams in the one minute and twenty three second video clip which ended with a shot of the crowd applauding T&T’s victory at the final whistle and Hyland kneeling in prayer on the field following the referee’s final whistle on Friday night.

Lawrence to players: ‘Be brave and believe’
By Walter Alibey (Guardian).

Senior men’s national football coach Dennis Lawrence is calling on his players to be brave, focused and believe that they can beat Mexico when the teams meet this evening in a World Cup Qualifier at the Hasely Crawford Stadium from 7pm.

His call at the pre-game press conference at the VIP Lounge of the Hasely Crawford Stadium yesterday comes days after the T&T footballers got their first three points from a dogged 1-0 triumph over Panama at the same venue on Friday last, a result that didn’t change its position on the CONCACAF standing, but has given it hope following its opening two defeats in the hex stage.

Lawrence, who has been in this position before as a player, said he believes the biggest challenge for his players will be keeping their focus. He pointed out that T&T cannot afford to let Mexico take total control of the game since they are extremely good at doing that.

“The key for us is to be brave and do exactly what we want to do. What we cannot afford to do is let Mexico take total control of the game, so it will be a good test for our group. The idea is to be brave tomorrow and try and go toe-to-toe with Mexico and ensure that we stay involve in the game,” Lawrence explained.

The Mexicans pulled off an important 2-0 win over Costa Rica in their last match and will be hoping to maintain their good string of results against T&T. The Soca Warriors have had impressive performances against their opponents, the last being an impressive 4-4 draw at the Concacaf Gold Cup in 2015.

Lawrence said he has been combating a culture where T&T teams tend to rest on their laurels after winning games, noting that he has had to impress on the boys that while it was only natural to want to celebrate the Panama victory, it could only have been for five minutes, as they immediately had to change their focus, as they would be coming up against an extremely talented football nation in Mexico, which they need to be prepared for as best as possible.

In last Friday’s encounter, Lawrence believes the T&T team could have kept the ball a bit more, especially in the second half and hopes his team can improve in that area against the Mexicans tonight.

Since Friday’s contest, Lawrence has been focusing on players’ recovery, saying it is difficult to play two matches in four days, and yesterday he was a happy man as his team was declared injury free. Sheldon Bateau and defender Randanfah Abu Bakr, who both missed Friday’s encounter for varying reasons, were reportedly back to full fitness and were available for selection.

Lawrence dismissed talks the Mexican team can be weakened by the loss of a few key players, saying Mexico has got talent coming out of every avenue. “I think with these players being out, I would like to hope that it can be a positive to us, but I am expecting the replacement to be just as good.”