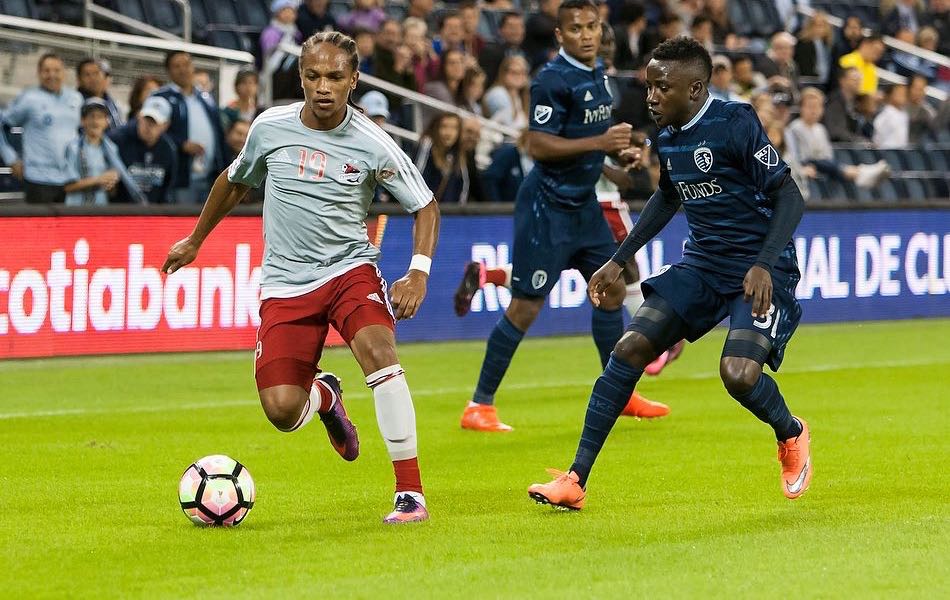 Central FC midfielder Nathaniel Garcia is eager to make a strong impression in national colours as he attempts to show head coach Dennis Lawrence what he has to offer as the build up continues towards the September 1st World Cup qualifier against Honduras at the Ato Boldon Stadium.

So far, Garcia has done his part, completing a week of training and earning selection on the 19-man squad that will depart today (Monday) for Guayaquil to take on Ecuador in an international friendly on Wednesday. The team will arrive in Guayaquil on Monday night and will have one training session on Tuesday ahead of gameday.

“It’s been a good week of preparation for us,” Garcia told TTFA Media.. “The step up has been good. We’ve all worked hard and tried to follow the instructions of the coach. I’ve had a chance to be around the training before and now this is another opportunity for me to really make a good impression because I’d love to get a look for the World Cup qualifying games in September,” Garcia added.

“The current squad has a lot of local-based players so we are all trying to push for selection and take on board everything the coaches are passing on in the sessions. There’s a lot for us to absorb in these sessions and it’s really getting us in good shape for international football. The level is different,” Garcia noted.