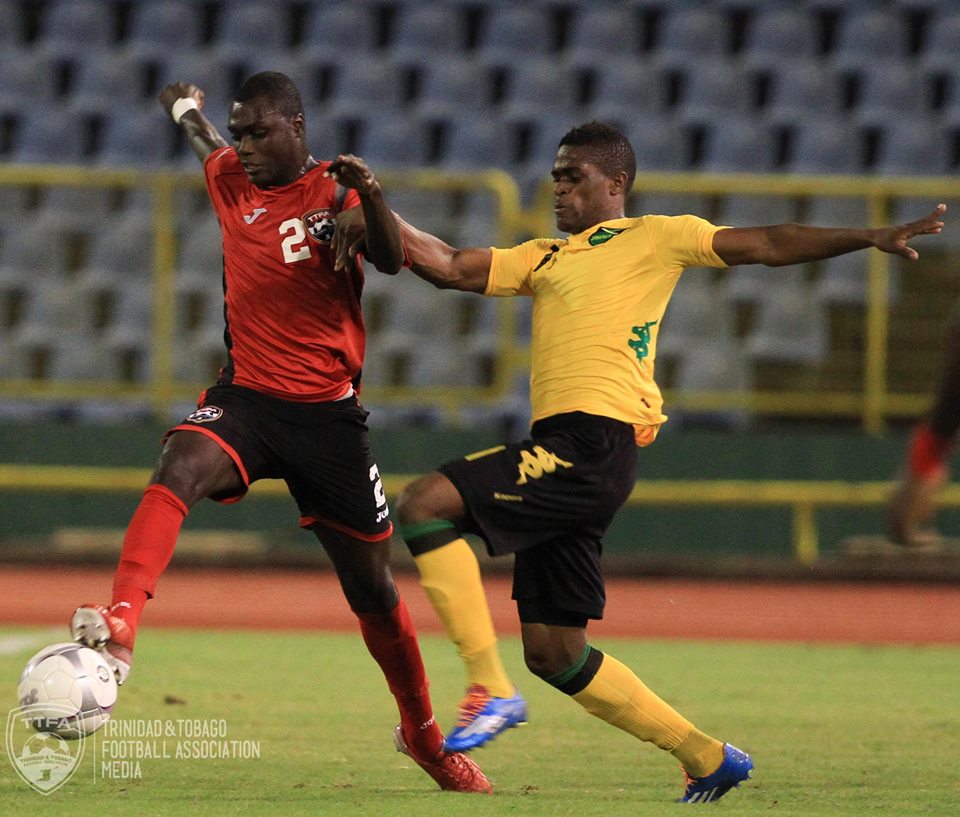 Finnish-based defender Aubrey David is anticipating a gripping contest on August 24th when this country plays host to the “Reggae Boyz” in an international friendly at the Hasely Crawford Stadium from 8pm.

David, who has been a regular in the T&T rosters for the World Cup qualifying campaign is likely to feature in the upcoming slate of matches for T&T with the all important World Cup qualifier against Honduras set for the Ato Boldon Stadium on September 1st.

While head coach Dennis Lawrence will have more home-based players at his disposal for the friendly, he is hoping to maximise the outing with there being several players based in the T&T Pro League who have seen action in the qualifiers.

Regardless, David is expecting team T&T to be gunning for their Caribbean rivals.

“It’s always a keen rivalry when Trinidad and Tobago and Jamaica meets and there is always that feeling that there is a score to settle for both teams. They have reached two Gold Cup finals and we have always been knocking on the door and threatening to reach just as far but fortunately for Jamaica they have done it. I think the Caribbean Cup record still shows us as winning more titles than they have and of course we are still in with a chance of reaching Russia 2018,” David told TTFA Media.

“But I expect both teams to be fired up and this is exactly what we need right now because we want a proper test before the Honduras and Panama games. I know for sure Jamaica will not want to come here and give up a result following their performance at the Gold Cup,” David added.

“Personally, I think the game will help us as it gives coach Lawrence a good chance to see a few more of the local players before he calls his final squad for Honduras. The important thing is we as players buy into his ideas and try to execute as best as possible both on the training pitch and in the game itself,” David said.

The former Caledonia AIA player has faced off with Jamaica since his Under 17 days, being part of the T&T outfit that beat Jamaica 1-0 in the final CONCACAF qualifying match in Kingston to qualify for the 2007 FIFA Under 17 World Cup in South Korea, that winning goal being scored by Kevin Molino.

“We go a long way back and when you look at the history, there are some very exciting and tense games between the two countries. It is one of those rivalries I always look forward to,” he said.

Meantime, The Jamaica Football Federation (JFF) has offered Theodore Whitmore a new contract as coach of the national senior men’s team, after his contract ended at the conclusion of the Gold Cup last month.

“We (the JFF) have offered him (Whitmore) a new contract which is not yet finalised. We will sit with Whitmore for discussions. He has agreed to coach the team in a friendly against Trinidad and Tobago in that country on August 24,” Gaynor told reporters in Jamaica.

Whitmore named a 18-man squad for the friendly with a training camp starting on Wednesday and includes a handful of players from their squad that finished runners up at the Gold Cup.

Tickets for the friendly are priced at $100 (covered) and $50 (uncovered) and are available at NLCB Lotto Locations nationwide.