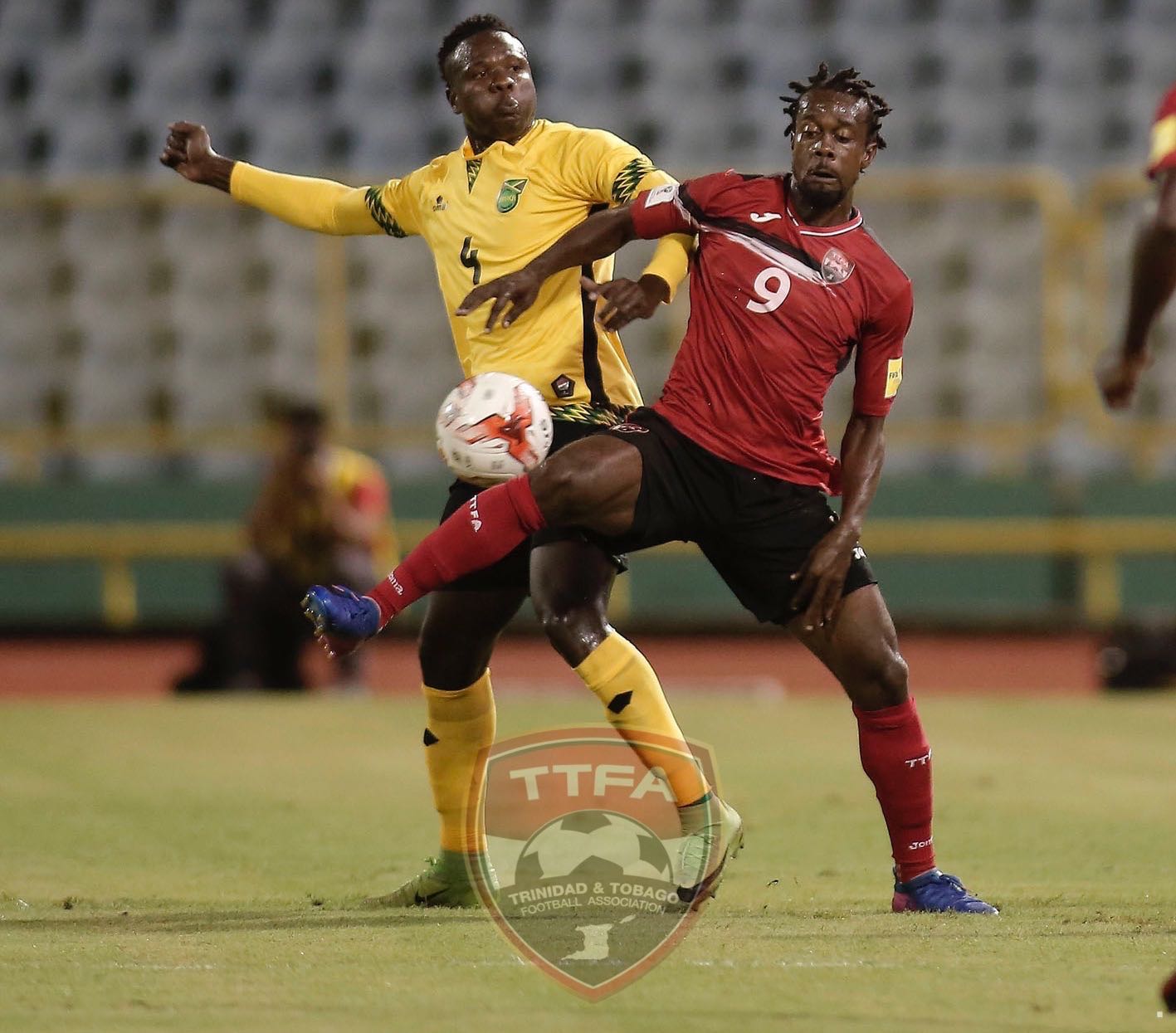 Trinidad and Tobago’s Senior Men had a combination of good and bad on Thursday night when they squared off with rivals Jamaica at the Hasely Crawford Stadium.

Bad in the sense that the “Reggae Boyz” secured a 2-1 victory but good from the standpoint that the Gold Cup finalists provided the kind of exercise Dennis Lawrence was hoping for just a week from T&T’s crucial 2018 World Cup qualifier against Honduras.

Jamaica got the early go ahead goal in the sixth minute when Jamiel Hardware met a well directed long ball from the left from Ricardo Morris and set himself up nicely before unleashing a shot past goalkeeper Marvin Phillip.

It took only five minutes for T&T to get on level terms before a crowd of just over 4,000 when Kevon Villaroel went for goal from way out on the left and sent a neat lob into the net off the underside of the crossbar.

T&T settled further after the equaliser but would later rue a couple of decent changes.

Hughtun Hector fired wide from an Alvin Jones right side cross and Jared London hit over bar from atop the area.

Midfielder Ewan Grandson would score the eventual winner after the break with a free kick which flew past Phillip after defecting off the shoulder off a T&T player in the 56th.

T&T didn’t hang their heads and continued to press for something but it wouldn’t come. Hashim Arcia missed a glorious chance to level the scores again 65th when he found himself on the end of a solid build up by T&T but he opted for attempting to go around goalie Shaven Paul who managed to get his hand to ball in a flash.

San Jose Earthquakes’ Cordell Cato put in a good shift and probably thought his evening would end with a contribution towards a late T&T equaliser but Trinidadian assistant referee Kevin Lewis wasted no time in raising his flag to rule out a goal by Jones in the dying stages after Aubrey David’s header from Cato’s cross seemed sure to enter the goal before Jones got a late touch to help it over the line.

Jamaica is now out of the way and the focus shifts to the bigger outing – Honduras next Friday at the Ato Boldon Stadium. The T&T team will resume training on Saturday.