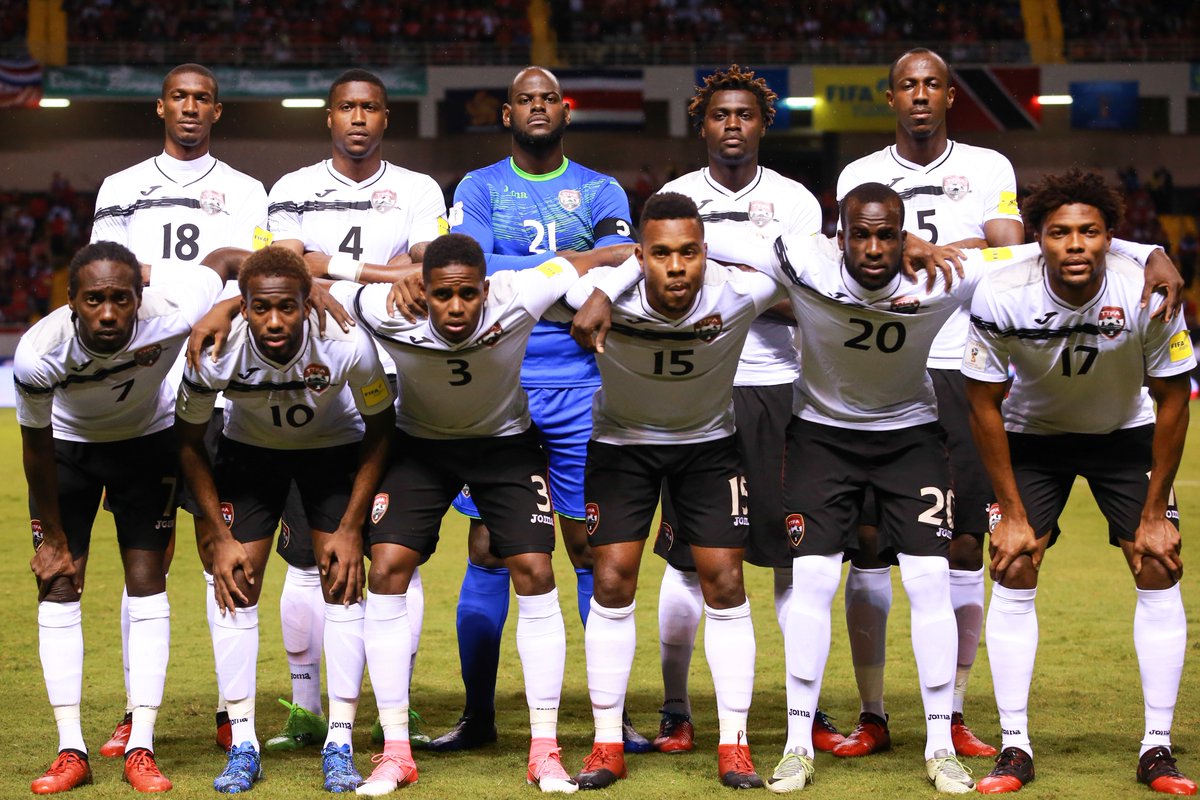 Trinidad and Tobago head coach Dennis Lawrence today announced a 25-man Roster for this country’s 2018 World Cup Qualifying Match against Honduras on Friday at the Ato Boldon Stadium in Couva.

Following a training session at the Hasely Crawford Stadium on Saturday morning, Lawrence disclosed his selection which will enter a residential training camp on Monday for the duration of the week leading into Friday’s encounter which kicks off at 8pm.

“After a proper assessment of the players who have been with us and also those have been involved with their clubs overseas, we’ve selected a squad that we believed is the best one at the moment that can get us the result we are working towards,” Lawrence told TTFA Media.

“The week ahead will be crucial with regards to the build up to the match. We have a couple of the overseas boys already here with us along with the home-based players and the others will start coming in this weekend. We will put in the work with the boys over the next few days to try to ensure that we are prepared as best as possible for what is ahead of us coming Friday against Honduras,” Lawrence added.

Atlanta United forward Kenwyne Jones was not considered for selection as he has not returned to full match fitness after his knee injury (knee inflammation) in the pre-game warm up against Costa Rica in June. He only returned to training (running session) with Atlanta United a couple weeks ago.

Tickets for Friday’s encounter are on sale at all NLCB Lotto Outlets priced at $350 (covered) and $200 (Covered). There are three party group sections with Fantasy/Entice, Illusions Family and Warriors Posse by Winerboy Entertainment all proving the option for drinks inclusive match experiences. Details on these party sections can be found on the TTFA’s Facebook Page as well as the respective social media platforms for the groups.

“We’ve lost too many games; we need to start changing the results.”

Trinidad and Tobago head coach Dennis Lawrence knows that tomorrow’s crucial 2018 World Cup qualifier against Honduras at the Ato Boldon Stadium in Couva is a make-or-break encounter for his team. But as the Soca Warriors prepare for the epic battle, he is not allowing himself or his men to think break.

Lawrence is only too well aware that the team has already suffered numerous setbacks and he believes that the power of positive thinking will work to put an end to the negatives.

“We intend to try and put that right on Friday,” he told the assembled media yesterday. “It’s a must-win. We need to start getting the results. We’ve had a couple issues and what has happened in the US has affected us.”

The ill winds of Hurricane Harvey, which left the US Gulf Coast under many inches of water, have indeed blown the National Senior Team no good. According to Lawrence, delays and cancellations of flights in and out of the US have robbed many members of the squad of critical training time as well as, in some cases, spots on the team altogether.

“Trevin Caesar was unable to make a flight because of the hurricane,” Lawrence said. “Some of the boys had delays and had to arrive at later dates and later times. It is a bit of a hindrance.”

Caesar’s last international appearance came during the brief tenure of short-lived ex-coach Tom Saintfiet in a 4-3 loss to Haiti in the Caribbean Cup in January. With six goals in 20 matches for United States third division team Sacramento Republic, Caesar was expected to provide cut and thrust in an attacking unit that has proven to be uninspired in front of goal in qualifying so far.

Caesar thus joins captain Kenwyne Jones, who will also be watching the clash from afar as Lawrence ruled him out because of injury.

“Kenwyne Jones has been injured since the Costa Rica incident,” Lawrence announced. “He is being rehabilitated at his football club Atlanta and has not been involved in competitive football so at this moment in time he is unavailable.”

Their absences leave Lawrence with just Willis Plaza and Jamille Boatswain to choose from on top. Neither is in a rich vein of form at present.

Boatswain is yet to start for new Costa Rican employers, Alajuelense, while he did not even make their match day squad last weekend. And the Times of India reported that Plaza was booed by his own supporters, earlier this month, after a couple of underwhelming performances for East Bengal.

The Warriors will not have the services of Holland-based winger Levi Garcia either, who was excluded from the final provisional squad. Lawrence explained that the young attacker was simply not in the right frame of mind to be selected at this time.

“Levi was originally selected in the provisional squad,” Lawrence told the media. “He then reached out to me with a few concerns—he was now coming off of an injury and is in the last year of his contract with his club and it was a bit of a concern to him with coming and being fully fit and being part of it.

“I felt like if he wasn’t mentally prepared to be here [and so] I had to make that adjustment.”

The good news for the coaching staff and the T&T fans is that ace attacker Joevin Jones is available and fully fit. Recently, in the lead-up to the 24 July friendly against Jamaica, which the visitors won 2-1, Jones was the centre of national attention after he allegedly left his Seattle Sounders club without permission.

Lawrence said he had not had the club’s permission to use the player in that game and he was unwilling to chance it. For tomorrow’s do-or-die encounter against the Hondurans, however, there is no issue about Jones’ availability.

Whoever the final who take the field tomorrow, the lanky head coach stressed, the really important thing is that all the players are fit and firing and that the T&T public comes out and drives them on with vocal support.

“The boys need the support,” Lawrence emphasised. “[We moved] to a smaller stadium to try and generate some sort of atmosphere. The thinking behind it is that, If we put a small crowd in a small stadium, it gives us a better atmosphere.”

“What we are looking for,” the optimistic former national defender continued, “is marginal gains, any gain that we can get to put Honduras under a bit of pressure.”

Lawrence also sought to explain what assistant coach Sol Campbell, a former Arsenal and England stand-out, brings to the team despite joining the Warriors just seven days prior to a match.

“[Sol] has been used very wisely in terms of what he has to offer,” he commented. “I think our defenders are going to learn very quickly off of him and, in general, Sol is here to give us that immediate impact that we are looking for.”

Following the coach’s pleas for support, TTFA Communications Director Shaun Fuentes revealed that the Ato Boldon Stadium’s seating capacity will be increased to just under 11,000 for tomorrow’s clash. The stadium is built to seat just under 10,000 patrons.

Tickets, priced at $350 (covered) and $200 (uncovered), are available at all NLCB Lotto locations and additional parking will be available at the nearby National Cricket Centre.