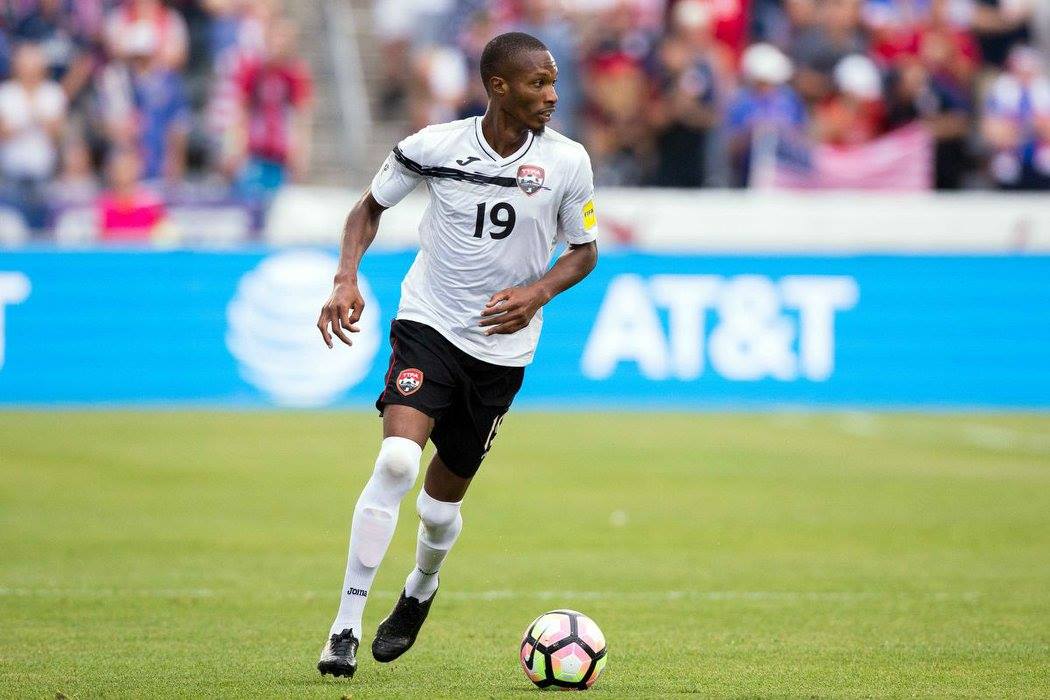 “Belief in our ability and believing that we have what it takes.”

That will be the sentiment echoing throughout the next few days in the Trinidad and Tobago Senior Men’s team camp as they commenced their residential training camp at Cara Suites Hotel in Claxton Bay on Monday ahead of Friday’s all-important 2018 World Cup Qualifying match against Honduras.

Head Coach Dennis Lawrence and the majority of his 26-man squad checked into the facility prior to a late evening training session at the Ato Boldon Stadium and immediately there was sense of focus and business-like approach to the few days ahead. According to Jacksonville Armada midfielder Kevan George, “We have to believe in our ability.. that is what can make the difference for us.”

“I am very motivated and personally I’m ready to play this evening if the match is changed to that time,” George told TTFA Media.

“We need max points. There’s nothing like a tie in either of these two games.

“We have to get in their faces more and obstruct their rhythm. They are a team that likes to keep possession especially in midfield, and they build on that momentum. If we can disrupt their pay early especially as we are home and try to impose ourselves then that will be a key for us. We have to stay focused and now focus on the game against Panama. We have to take care of Honduras.

“The main thing is belief and we need the fans to get behind us and keep supporting. It will be an adjustment playing at Ato Boldon but football is football so we will just get accustomed to the surface over a couple days. Our main thing is just to make it uncomfortable for Honduras,” George added.

People underestimate belief. I have seen a lot of crazy things happen in my short life span. The coaches believe in us and we believe in ourselves as players and this is something we have to maintain right through to the final whistle on Friday,” he said.

Tickets remain on sale for the encounter at all NLCB Lotto Locations priced at $350 (covered) and $200 (uncovered.)