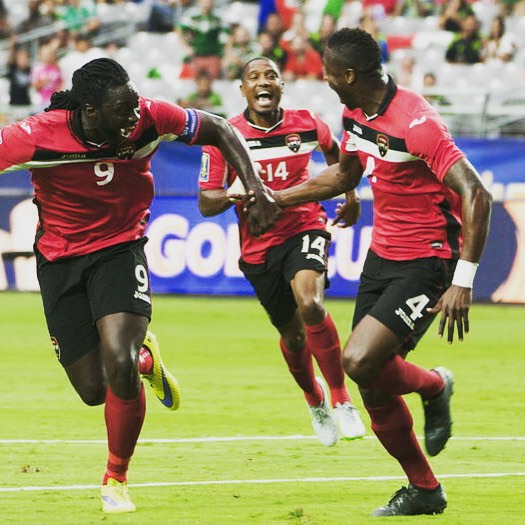 T&T head coach Dennis Lawrence has praised retiring footballer Kenwyne Jones as a “phenomenal servant” to his country and to the sport. Lawrence said he enjoyed working with Jones as a player and then working with him as a coach.

Jones could find himself now working with Lawrence off the field. The T&T coach told Guardian Media Sports yesterday, “It’s not just about being on the football pitch. People play different roles and sometimes it’s off the football pitch. Kenwyne has a unanimous amount of experience and it’s something he can pass on to this generation so as long as Kenwyne is around and willing, he will always have a part to play with me because I think we cannot afford to let these type of people walk out of our football.”

Lawrence also contributed to the ongoing debate about the legacy Jones leaves in international football. He dismissed the notion that the striker underachieved in his career.

He said, “He played the highest level you could get in world football. This guy has been involved in the English Premier League, he’s been at a World Cup and he’s done himself no in-favours whatsoever so I think he’s done well and I’m delighted for him. We need to focus on every positive thing he’s done for himself, he’s done for T&T football and let that be the legacy that Kenwyne has left.”

Former T&T footballer Alvin Corneal also had similar thoughts regarding Jones’ legacy. He said the former T&T captain cannot be labelled an underachiever otherwise he wouldn’t still be in the professional game now, plying his trade for Atlanta United in Major League Soccer.

The former T&T player said Jones perhaps chose now to retire because he was probably getting a little bit tired of it and his mental focus might have been deteriorating as well. Corneal concluded, “If his mindset is that then there is no point staying on.