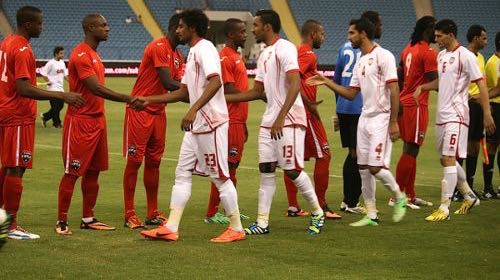 Trinidad and Tobago’s Senior Men’s team will meet United Arab Emirates, an opponent currently ranked 11 places above them on the FIFA World ranking, in their next scheduled Friendly International encounter.

Head Coach Dennis Lawrence and his squad will take on the Asian opponent on September 6, in Spain as the TTFA continues to ensure the National Men’s Team is active during the official FIFA windows.

Lawrence was elated when confirmation of the encounter came.

“This is a good test for us at this time. UAE has a strong football tradition and we can expect a tough contest. The timing is also ideal because the Pro League will be just about three months into its competition which would have the local players selected in a better “match ready condition,” Lawrence told TTFA Media.

The FIFA Window is September 3-11 and with this in mind, Lawrence and the TTFA is currently pursuing another friendly while in Europe.

“It will be practical to secure another friendly while we are in Europe to maximise our time on the continent, so I am liaising with my contact with the hope of giving the Association some feasible recommendations soon,” Lawrence explained.

The T&T head coach will be matching wits in the Catalonian city of Girona with Italian Alberto Zaccheroni who took up the UAE Head Coaching position in October 2017 with some lofty credentials which include leading AC Milan to the Italian title in 1999. The Arabs will host the AFC Asian Cup in 2019 and are ranked at 81 on FIFA World Ranking Table while Trinidad and Tobago is at 92.

Like T&T, the UAE has one FIFA World Cup finals appearance  which came in 1990 when Italy hosted. Both nations last met in 2013 at the OSN Cup with the game finishing 3-3 before the UAE prevailed on penalty kicks.

UAE’s  most recent international achievement was a third place  finish at the prestigious Asian Cup in 2015. As for  the 2018 World Cup campaign, the UAE qualified for the Second Round of the Asian Football Confederation competition, where they finished second in Group A behind Saudi Arabia and qualified for the Third Round. In this round, they finished fourth in Group B, bowing out of the qualifying race for the 2018 FIFA World Cup.