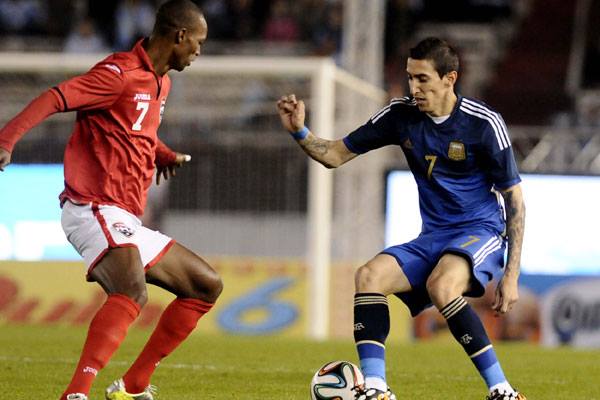 AFTER two years in the wilderness, Ataulla Guerra said he feels honoured to earn a recall to the national football team.

The 30 year old Guerra was named in a 20-member T&T team who will travel to Girona, Spain to face the United Arab Emirates (UAE) in a friendly international on September 6.

Guerra, who plays for Charleston Battery in the United Soccer League (USL) in the United States, last played for the national team on July 12, 2015 in a 2-0 victory over Cuba at the 2015 CONCACAF Gold Cup in the US.

He has a total of 39 internationals since making his national debut a decade ago.

National coach Dennis Lawrence said Guerra’s work rate on the defensive end has always been an issue for him, but decided to give him a chance as he has been doing great with his club.

Answering questions from Newsday via email, Guerra said, “It’s always an honour. I’m always willing to represent my country. It’s a pleasure to be back there. I’m just going to go and work hard.”

Guerra has forced himself back in the reckoning by banging in 14 goals and putting in electrifying performances during the 2018 USL.

About his season thus far, the slimly-built attacking midfielder said, “For me, we just have a lot more work to do in getting the results. We have been doing quite well so far. We just have to pick it up for these last seven or eight games so we can go into the playoffs on a high. We just have to keep our focus and work harder every day.” Khaleem Hyland, Kevin Molino, Andre Boucaud and Kevan George have been the regular choices in central midfield but, with Molino injured and Boucaud nearing the end of his international career, Guerra is hopeful that he can get be an automatic choice in Lawrence’s starting line-up.

He said, “I bring a lot of my experience and my ability to help win games. I always try to play at the highest level with Trinidad (and Tobago) and try to achieve winning a major tournament.

“For us coming up, that’s the Gold Cup which I’m looking forward to playing in next year,” he continued. “Any major tournament we have to participate in, I’m just looking forward to being back with the team. It’s an honour to be back.”

Guerra said he is not bitter that he has been overlooked by Lawrence and his predecessors Stephen Hart and Tom Saintfiet during the past three years.

“I’ve just been focusing on what I have control over – which is my football,” he pointed out. “I just keep enjoying my game and playing well for the Battery and then leave everything else in control of God and the decision that the coaches make.

“I’m always happy to be back playing for my country and it’s an honour to be there.”

Concerning his future ambitions, the former San Juan Jabloteh and Central FC player said, “To play at the highest level that I could ever play at – World Cup, Champions League – that’s my goal, that’s my dream. I’m never giving up on that. I’m just keeping focused and working hard. Who knows where I can be in the next two years.”