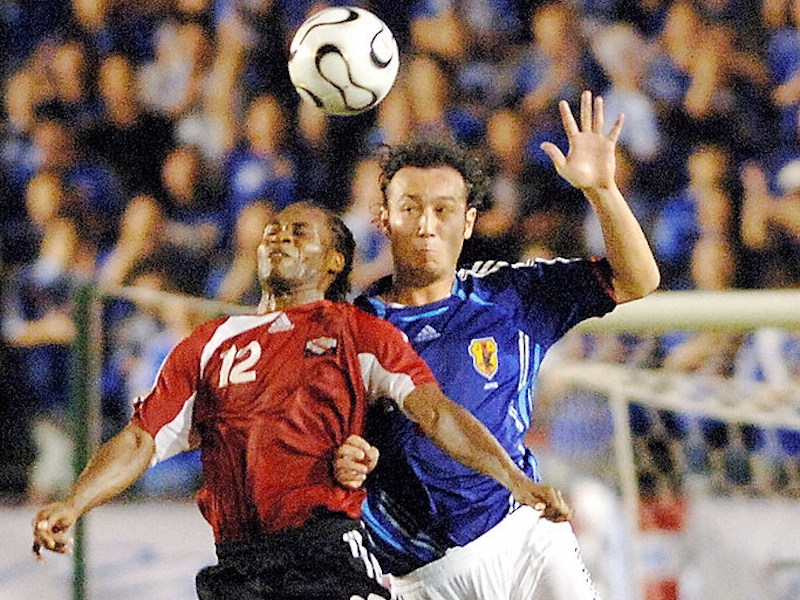 The Japan national men’s team will host an international friendly against Trinidad and Tobago on June 5, the Japan Football Association said Friday.

The friendly at Toyota Stadium in Aichi Prefecture is likely to be the Samurai Blue’s last match before departing for the Copa America in Brazil.

Japan will be making its second guest appearance at the South American continental tournament running from June 14 to July 7.

Trinidad and Tobago, currently 93rd in the FIFA rankings, will use the match as a tune-up for the CONCACAF Gold Cup, which starts on June 15.

Japan climbed one place to 26 in the latest FIFA rankings released this month.

The Trinidad and Tobago Men’s National Team will travel to Japan for an international friendly at the Toyota Stadium in Aichi Prefecture on 5 June, one week after the Soca Warriors play Venezuela in Caracas.

The two outings are part of head coach Dennis Lawrence’s warm-up for the 2019 Concacaf Gold Cup, which kicks off on 15 June. Venezuela and Japan are preparing for the 2019 Copa America tournament which starts on 14 June in Brazil. Japan and Qatar both appear in the South American competition as guest nations.

Lawrence will not have his full team for the Venezuela friendly as it falls outside the FIFA international match window but should have no problem in getting his best players to face Japan.

The Warriors, who are ranked 93rd in the world, are on a three match losing streak at present, after friendly losses against Wales, Iran and Thailand. Their last win came on 6 September 2018 when they downed the United Arab Emirates 2-0 in Spain.

Lawrence’s troops will not have an easy time against Japan and Venezuela either with their upcoming sparring partners ranked 26th and 29th in the world respectively. Trinidad and Tobago have played only once on home soil in the last 17 months, which was a 1-0 loss against Panama at the Ato Boldon Stadium in Couva on 17 April 2018.

There was a note of concern sounded by Trinidad and Tobago Football Association (TTFA) board member Keith Look Loy, who revealed that the Warriors’ international schedule has become the exclusive business of president David John-Williams with games announced without any discussion at board level.

“The board knew nothing at all about the games,” Look Loy told Wired868. “For instance, who knows if the board may have decided that Venezuela is too unstable and volatile at the moment and we don’t want our players to travel there—but we never had the chance to discuss it.

“When the national coach can be talking about a game being financially beneficial to us and the board knows nothing about it, it shows that there is an inner circle running football and the board has no real power and is nothing but an encumbrance.”

Last month, Look Loy won a High Court judgment against John-Williams, which ordered the TTFA president to make the financial information of the football body immediately available to the dissatisfied board member.

John-Williams did not respond to a query from Wired868 on why the TTFA board continues to be omitted from negotiations on the booking of national football matches.

The Trinidad and Tobago Football Association has secured two international friendlies against Venezuela in Sabana Grande on May 29th and Japan at the Toyota Stadium in Aichi on June 5th.  These games will serve as part of the build up to the 2019 CONCACAF Gold Cup

Head coach Dennis Lawrence is al­so eye­ing a cou­ple of friend­ly match­es with Caribbean op­po­si­tion to cater specif­i­cal­ly for the lo­cal play­ers to get the op­por­tu­ni­ty to make the team.

How­ev­er, he made it clear that match­es against re­gion­al teams will on­ly be known af­ter the CON­CA­CAF Gold Cup draw on April 10 in Los Angeles which he is attending along with team manager Richard Piper.

Com­ing on the end of the re­cent friend­ly match against Wales on March 20, Lawrence said the games were se­cured in line with their over­all prepa­ra­tion for the Qatar World Cup, for which the Gold Cup is a cru­cial hur­dle.

Ac­cord­ing to Lawrence, “One of the things we tried to en­sure hap­pen, as we play an in­ter­na­tion­al friend­ly at every win­dow, which we have man­aged to do, through the good works of the TTFA and the pres­i­dent. The next thing we de­cid­ed to do was to up the ante, in terms of the op­po­si­tion, and if you look back at the last six games, we played against coun­tries in the top 50 of the FI­FA rank­ings, which is of good cred­it to what the pres­i­dent has done.”

“We now head in to the last stage, go­ing in­to the Gold Cup and a big part of it is that with the ab­sence of the League at the mo­ment, we have got to find a way in par­tic­u­lar for the lo­cal play­ers, be­cause if we don’t do some­thing they will be at a very big dis­ad­van­tage. With these games we have arranged against Venezuela and Japan, that should take care of our Gold Cup prepa­ra­tion. From a fi­nan­cial point of view, the ben­e­fits are vi­tal for us, it will help us from that as­pect, so now we can say how will go about prepar­ing for the Gold Cup.”