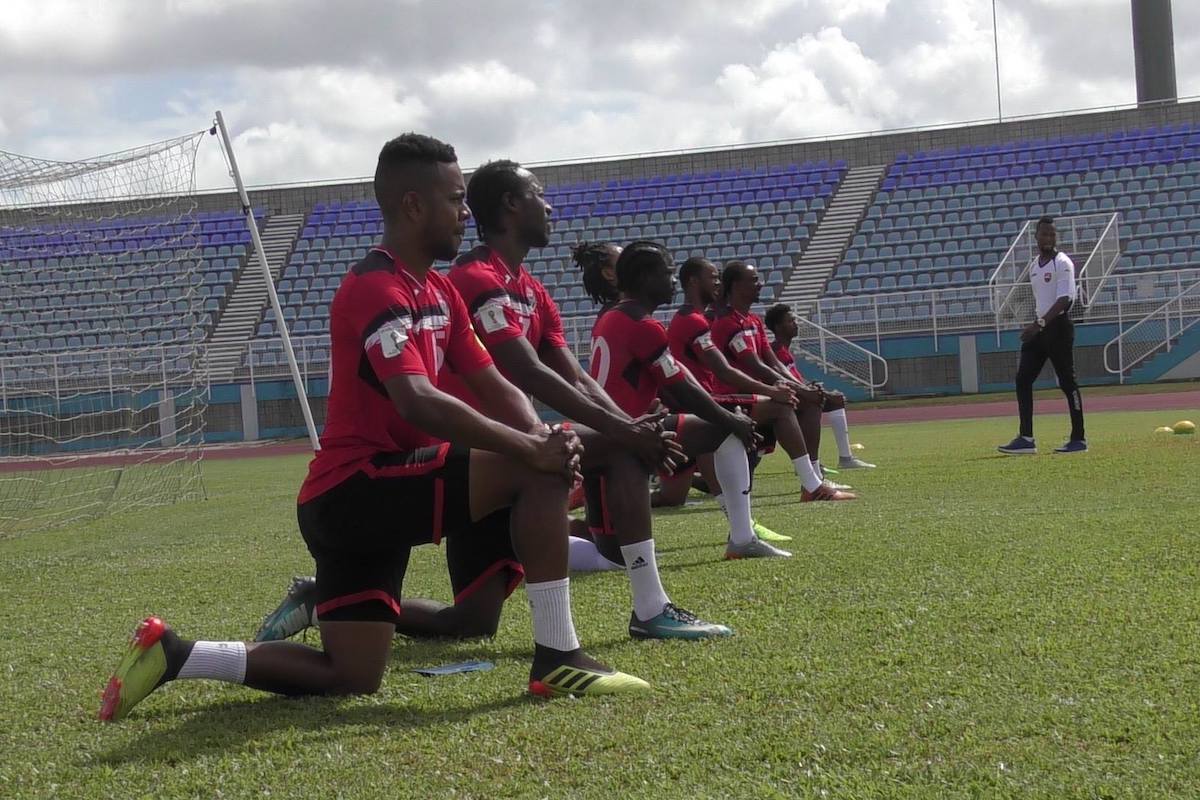 OWNER of St Ann's Rangers, Richard Ferguson, says not allowing his players to join the T&T men's football team training camp at the Ato Boldon Stadium in Couva is no disrespect, and the club and T&T head coach Dennis Lawrence have a good understanding.

The national team are currently preparing for two international friendlies against Venezuela in Sabana Grande on May 29 and against Japan at the Toyota Stadium in Aichi on June 5. These games will serve as part of the build-up to the 2019 Concacaf Gold Cup.

The training team does not comprise the four Rangers players who were called up by Lawrence – Carlyle Mitchell, Ross Russell Jnr, Kevon Goddard and Aikim Andrews.

Speaking to the media before training yesterday Lawrence said he was satisfied with the turn-out. "I think today is the going to be the first time we have managed to acquire all the players that was invited apart from the Rangers players."

Lawrence said Rangers do have the authority to make the decision not to allow their players to train with the T&T team.

"I need to mention that (Rangers) are well within their rights. They have rejected the opportunity to allow their players to come and join the national team training. Further to that it will be better if you speak to Rangers regards to their reasons behind it, but apart from that all the others invited turned up and (we are here in) day three (of training) and we are going to try and continue with the preparations for the Venezuela game," Lawrence said.

Ferguson said it was a difficult decision to prevent their players from attending the T&T training. "It was not an easy decision. The board sat down and discussed it. The coaches discussed it and we thought about it long and hard...but I hope the fans and the TTFA (T&T Football Association) understand. It is not any disrespect by any means."

Ferguson said the national team wanted the Rangers players for an entire month for the T&T camp between April 24 and May 26. "We did not want to release them for a whole month when we have these key games coming up."

Rangers are currently in negotiations to play national teams in the Caribbean including Guyana, St Lucia and Grenada over the next two months.

Ferguson also said that most of the local clubs are not training currently because the Pro League is not in season and Lawrence wants to keep the local players fit.

However, Ferguson said this is not the case for his club. "Dennis Lawrence trying to get the guys who are not playing to train and that is the reason, but our players are training and they training hard and training since January 2019," Ferguson said.

Rangers are also preparing for an Invitational Tournament in T&T in June and the club wants their national players around the team set-up.

Ferguson said his team's coaches have developed an extensive training and nutrition programme and taking the players out of that programme may set the players back.

The Rangers owner reiterated that the club is not trying to cause animosity. "We have a very good relationship with Dennis Lawrence the national team coach. We assist him any possible way we could. We support the national team beyond any bonds – I want to make it clear. It is being twisted, this is not a disrespect to anything."